The suspect, who did not know the victim or the victim's family, moved to Florida shortly after the killing of the 14-year-old on the evening of Thanksgiving in 1984

A suspect in the rape and killing of a 14-year-old girl in 1984 in Rochester, New York, was arrested in Florida after a DNA search, officials said Friday.

Timothy Williams, 56, faces second-degree murder charges in the Nov. 22, 1984, death of Wendy Jerome. He was arrested at his home in Melbourne, Florida, on Wednesday, and authorities are bringing him to New York, officials said at a news conference.

Familial DNA information provided a list of names, including that of Williams, as investigative leads, police said.

Wendy Jerome left a friend’s house the evening of Thanksgiving 1984 but never made it home. Her body was found in an alcove of a school.

Williams moved to Florida shortly after the killing, police said.

“He did not know the victim, nor did the victim’s family know him,” Rochester Police Capt. Frank Umbrino said, according to the Democrat and Chronicle newspaper of Rochester.

It was not immediately clear whether Williams had a lawyer to speak for him.

4 to Watch: All Eyes on Women's Gymnastics, U.S. Fencers Go for Team Bronze and More 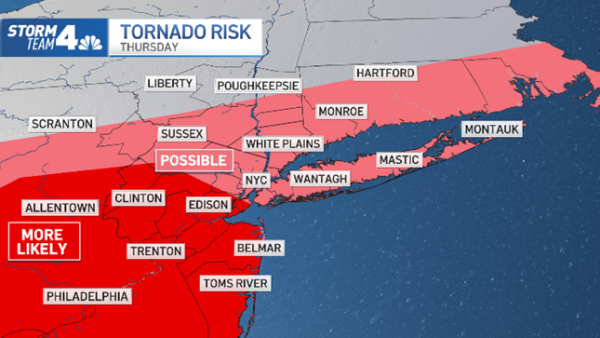 Marlene Jerome, who worked with police investigating her daughter’s death for almost 36 years, said at a news conference she thought she’d never see this day.