Family of Robert Durst's Slain Wife: Why'd It Take 40 Years to Charge Him?

One week after millionaire real estate scion Robert Durst was indicted for murder in the death of his first wife, Kathie Durst, after 40 years, her family has has some questions. Namely, what took so long?

“Now more than ever it is important to ask why it took so long to get to this point,” said McCormack, speaking at a news conference with his lawyer, Robert Abrams. “My family and I have serious questions and we deserve answers.”

Among other things, they want to know whether evidence was ignored and whether Durst’s family wealth influenced the decades-long investigation.

Durst was charged in Kathie Durst's death just weeks after he was sentenced in California to life in prison for killing a confidante, Susan Berman, who prosecutors said helped him cover up the slaying.

A Los Angeles jury convicted real estate heir Robert Durst of murder in the death of his longtime friend, Susan Berman, 21 years after she was killed execution-style in her home.

Durst was hospitalized with COVID-19 after the Oct. 14 sentencing and has since been transferred to a state prison hospital.

In a letter Monday, Abrams asked Westchester County District Attorney Mimi Rocah to “acknowledge and correct the mistakes made by your predecessors" and asked her to investigate whether Robert Durst's family or his allies hid Kathie Durst's killing.

In a statement released through Fox News, where she hosts the weekly program “Justice with Judge Jeanine,” Pirro said Abrams' allegations about her are “not only inaccurate they are utterly false.”

“I am proud of the investigation I started as Westchester County District Attorney on the, then-closed, decades-old case of Kathleen McCormack Durst,” Pirro said. "The task force I created worked tirelessly to establish Robert Durst’s guilt and I am pleased that now, two homicides later, the McCormack family will finally have closure.”

Pirro described her meeting with Douglas Durst in her 2015 book, “He Killed Them All: Robert Durst and My Quest for Justice.” She said she wanted to speak with him to find out what he knew. Durst told Pirro he considered his brother a dangerous psychopath who should be locked up, but there was nothing he could do to help.

Pirro wrote that given the lack of hard evidence at the time, she didn't think she'd be able to convince a jury to convict Robert Durst of murder.

Douglas Durst testified against his brother for six hours at Robert Durst's California trial in June. He denied allegations that he aided in a coverup and, when discussing his strained relationship with his brother, said: “He’d like to murder me.”

In a statement in response to questions from The Associated Press, a spokesperson for the Durst family said that Abrams “has a long history of leveling hollow, baseless attacks without ever providing a single shred of documentation to substantiate his wild claims.”

“In the last two years, Abrams has named the Durst Organization or Douglas Durst more than 30 times in court filings," the Durst family statement said. "Time and time again, these accusations have been summarily dismissed and thrown out by the courts.”

The Durst family owns more than 16 million square feet of real estate in New York and Philadelphia. Family members bought out Robert Durst’s stake in the business for $65 million in 2006.

The 1982 disappearance of his first wife has long shadowed the incarcerated millionaire, contributing to his increasingly bizarre and violent behavior and leading to an infamous on-camera confession. It garnered renewed public interest after HBO aired a documentary in 2015 in which Robert Durst appeared to admit killing people, stepping off camera and muttering to himself on a live microphone: “Killed them all, of course.” Durst also admitted he made up details about what happened the night she disappeared because he was “hoping that would just make everything go away.”

Rocah took a fresh look at the case when she took office in January. 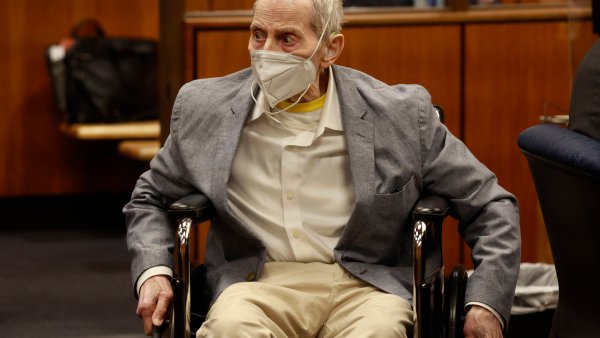 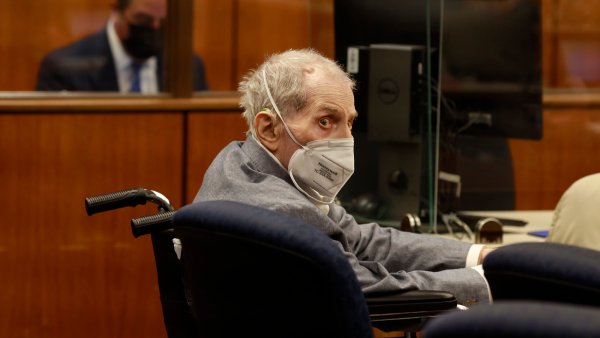 Kathie Durst was 29 and in her final months of medical school when she was last seen. She and Robert Durst, who was 38 at the time, had been married nearly nine years and were living in South Salem. Her body was never found, and Durst divorced her in 1990 citing abandonment. At the request of her family, she was declared legally dead in 2017.

Robert Durst's behavior became increasingly erratic as investigators made several attempts over the years to close the case. In 1999, authorities searched a lake and the couple’s home but turned up little evidence, with Becerra equating the search to a “a needle in a haystack.”

In December 2000, Durst shot and killed Berman, his best friend, as she was preparing to tell police about her involvement in Kathie Durst’s death. She had told friends she provided a phony alibi for him after his wife vanished, prosecutors said.

Durst was convicted in September of killing Berman. Afterward, Los Angeles prosecutor John Lewin described him as a “narcissistic psychopath,” saying Durst “killed his wife and then he had to keep killing to cover it up.”

After Berman’s death, Durst went into hiding, disguising himself as a mute woman living in a cheap apartment in Galveston, Texas. There, he killed a neighbor, chopped up his body and tossed it out to sea. Durst claimed self-defense — that he and Black were struggling for control of a gun — and was acquitted. He was convicted of destroying evidence for discarding the body parts.

Durst was also sentenced in 2016 to over seven years in prison after pleading guilty to a federal weapons charge stemming from a 2015 arrest in New Orleans.

Durst, testifying in the Los Angeles trial in August, denied killing Kathie Durst. After her medical school called to report that she hadn’t been going to class, he said he figured she was “out someplace having fun” and suggested that perhaps drug use was to blame.

“It hadn’t occurred to me that anything had happened to her,” Durst said, speaking slowly in a strained, raspy voice. “It was more like: What had Kathie done to Kathie?”