Civilian Complaint Review Board proceedings against the former president of the Sergeants Benevolent Association Ed Mullins began Oct. 25 after he filed his retirement papers and triggered a 30-period to resolve all investigations against him.

Mullins, who is in the middle of another department disciplinary proceedings for tweeting the arrest paper of Mayor Bill de Blasio’s daughter during Black Lives Matter protests last summer, had been accused of using "discourteous or disrespectful remarks regarding another person’s ethnicity, race, religion, gender, gender identity/expression, sexual orientation, or disability."

The CCRB did not disclose the specifics of Mullins' remarks but the veteran police officer has often used the SBA's Twitter account @SBANYPD to send incendiary tweets.

On Friday, Mullins was found guilty of improperly disclosing personal information -- a ruling that cost him 30 vacation days -- and using inappropriate language in social media postings. He got dinged another 20 vacation days for each New York City official he posted about.

The penalties were recommended by the CCRB, based on the NYPD's Disciplinary System Penalty Guidelines, and approved by NYPD Commissioner Dermot Shea. According to the Disciplinary Matrix, the penalty for inappropriate language ranges from 10 days of lost vacation up to termination.

“No member of the New York City Police Department, regardless of any other status, may violate the rules of the department and engage in conduct unbecoming a police officer," Shea said Friday. "Regardless of one’s position as a union leader, as long as they are still a police officer, they will be held to the laws, regulations, and standards of conduct required of all members of the service. Simply speaking: this behavior was unacceptable.” 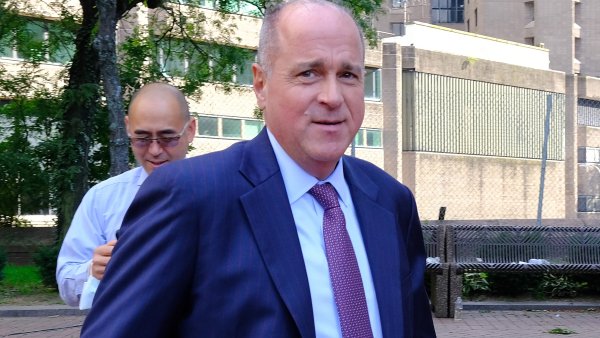 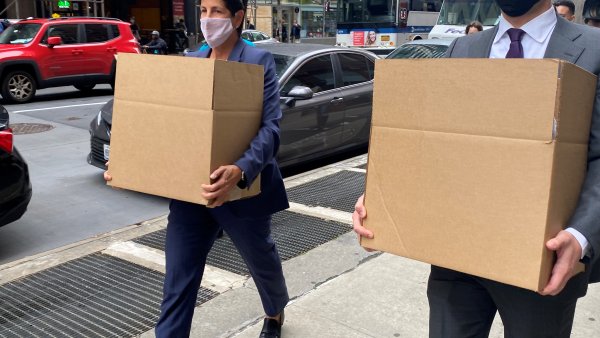 Mullins, a police officer since 1982, was served Charges and Specifications which launched the trial, the CCRB said.

“After a thorough investigation and analysis of the evidence, it was clear that Sergeant Mullins violated the NYPD rules of conduct," CCRB Chair Frederick Davie said in a statement ahead of the trial. "There is no tolerance for any member of the NYPD, whether they are a first-year officer or a union president, to use profane language, as Sergeant Mullins did."

Police Commissioner Dermot Shea has said that the NYPD’s internal affairs bureau, which has been probing Mullins’ fiery tweets and other activity, was working with the FBI on the investigation that led to agents' searches of his home and office.

An FBI spokesperson said the raids were part of an active probe, but could not provide details.

Mullins’ lawyer has denied he violated department guidelines, arguing arrest papers with Chiara de Blasio’s personal identifying information, such as her date of birth and address, were already posted online. Mullins’ department trial in the case began last month but was postponed after one of his lawyers suffered a medical emergency.

Some of the 65 NYPD officers could face suspension or even termination for their roles in handling protesters, while others facing loss of vacation days. But those who took part in the demonstrations say they are underwhelmed by the potential punishments. NBC New York's Chris Glorioso reports.

Meanwhile, Mullins is also suing the department, claiming they were trying to muzzle him by grilling him and recommending disciplinary action over his online missives, which have included claims that officers were at war with city leaders.

Mullins was elected the union’s president in 2002. The union represents about 13,000 active and retired NYPD sergeants and controls a $264 million retirement fund.

In a note to members, the SBA board said the FBI investigation appeared to target Mullins and that it had no reason to believe any other union member was involved.

Under Mullins' leadership, the union has fought for better pay — with contracts resulting in pay increases of 40% — and staked a prominent position in the anti-reform movement.