Some officers could lose out on vacation days or face suspension and termination — but some demonstrators from last year aren't expecting anything significant to come from the departmental trials, based off previous experience

While 65 NYPD officers could face penalties stemming from alleged actions taken during the Black Lives Matter protests last summer, some of the demonstrators who witnessed or were subject to the misconduct say that the punishments are not nearly steep enough.

The Civilian Complaint Review Board received hundreds of complaints amid violent protests across the city following the killing of George Floyd. On Monday, the board released the findings from its initial investigations and recommended charges for the dozens of NYPD members — 37 of whom are expected to face an administrative trial once each officer is served their charges by the department, the board said. 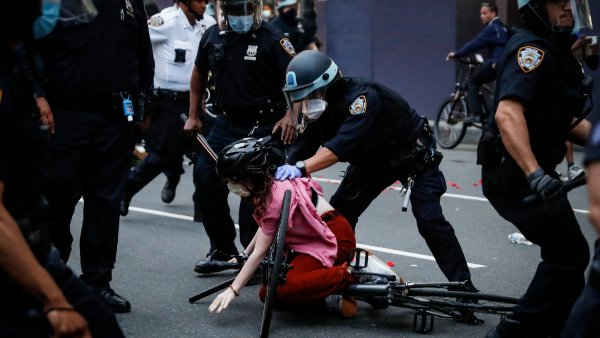 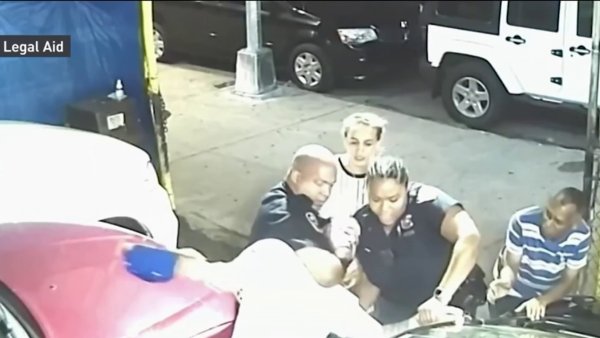 But those proposed punishments are not nearly enough for some like Dounya Zayer, who was one of the protesters during the George Floyd demonstrations last summer.

In one of the viral moments of 2020’s racial justice protests, an NYPD officer was seen on camera shoving Zayer to the ground as she marched in June. The video prompted the Brooklyn district attorney to file a criminal assault charge against police office Vincent D’Andraia.

"He threw me across like I was a football player, and he walked away and he goes to live his life happily, and I live in pain, and I live in fear," Zayer said. "And I wonder if he even feels bad, because they do that to people on a daily basis. That was nothing."

Now, more than a year later, other officers accused of misconduct face lesser ramifications, and Zayer believes far more should be facing punishment.

"Do think there was only 65 officers who committed crimes? Do you think it was only 65? Because there were far more than 65 protesters," she said.

The CCRB estimates some 34 percent of the complaints couldn't be investigated due to an inability to identify the accused members due to officers covering their names and shields, using body-worn cameras improperly, and failing to complete accurate paperwork.

"This once again highlights the CCRB’s need for unfettered and direct access to body worn camera footage and the police documents needed to investigate a complaint," the CCRB press release said.

The more than five dozen officers identified by the board face charges of abuse of authority, use of force, making untruthful statements and offensive language. Despite issues identifying every officer listed in the 313 complaints earmarked, the board has closed 210 investigations while the other 103 remain pending.

Whether the findings result in penalties for cops will ultimately be up to NYPD Commissioner Dermot Shea. The union representing NYPD officers issued a statement criticizing the CCRB findings.

It’s one of the big questions in police reform - who should respond when someone calls 911 with a mental health emergency? Under a new pilot program, instead of showing up with police, New York City EMTs will be accompanied by a social worker. Melissa Russo Reports

“Once again, CCRB is carrying political water for Mayor de Blasio and others who are trying to wash away their own failures during last summer’s protests. Police officers were sent out with no plan, no strategy and no support, into a dangerous environment created by politicians’ irresponsible rhetoric," President Patrick Lynch said in a statement, adding that the officers are "being made into scapegoats."

On the other side of the fight, protesters aren't expecting anything significant to come from the departmental trials, based off previous experience.

"Of course we have no confidence the trials will be meaningful in away, because in the past they haven't been. And those police officers are very rarely taken off the street, much less discipline or reprimanded in any significant way," said Savitri Durkee, who is one of more than 80 protesters suing the NYPD for civil rights violations during the demonstrations. She has little confidence the CCRB recommendations will improve the NYPD’s policing of protest.

"That's one of the problem that we're going to see. They've now recommended charges against 65 different officers, that's a huge amount of police misconduct being acknowledged by the CCRB," said civil rights attorney Wylie Stecklow. "What the NYPD does with it, will tell you whether they're serious about reform in the city."