A man alleged Theodore McCarrick engaged in sexual contact with him in 1986 while on a trip to the New Jersey shore, around the same time the former cardinal ordained him as a priest

Defrocked Cardinal Theodore McCarrick is facing another sexual abuse lawsuit, from a man who claims McCarrick abused him in the 1980s in New Jersey.

In the lawsuit filed in state court and announced Tuesday, Michael Reading alleged McCarrick engaged in sexual contact with him in 1986 while on a trip to the New Jersey shore, around the same time McCarrick ordained Reading as a priest.

The claim comes as a two-year window nears completion in New Jersey for people to file abuse lawsuits regardless of how far back the alleged abuse occurred. The suit names McCarrick and the Newark archdiocese and also alleges Reading was abused in 1978 by Father Edward Eilert, a priest employed by the Newark archdiocese. 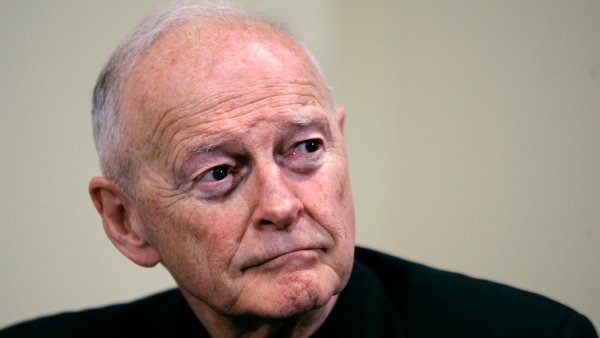 In a videotaped statement, Reading said he wrote a letter to Cardinal Joseph Tobin, the archbishop of the Roman Catholic Diocese of Newark, three years ago about the alleged abuse but never heard back.

“That was probably the most disappointing thing, that I never heard anything and got no response from the church,” Reading said in the statement.

The Associated Press does not identify alleged victims of sexual assault unless they come forward publicly, as Reading has done.

An attorney representing McCarrick declined comment Tuesday. A spokesperson for the archdiocese didn't comment on the lawsuit but said the archdiocese is “fully committed to our comprehensive programs and protocols to protect the faithful and to working with survivors of abuse, their legal representatives and law enforcement authorities in an ongoing effort to resolve allegations of past abuse.”

The former leader of the Newark archdiocese is facing charges for allegedly sexually assaulting a teen in the 1970s. The I-Team's Sarah Wallace talked with a man who said he was abused by McCarrick as a teen.

McCarrick faces several abuse lawsuits in New Jersey that cover the time when he was Bishop of the Diocese of Metuchen, in central New Jersey, and the archbishop of the Newark archdiocese. Like Reading's, some of the accusations involve activities at a New Jersey shore house used by McCarrick and other clerics.

After serving in Newark, McCarrick was archbishop of Washington, D.C., and became one of the highest-ranking, most visible Roman Catholic officials in the United States. He was defrocked in 2019 after a Vatican investigation determined he sexually abused minors, as well as adults.

In a separate case in Massachusetts, the now-91-year-old McCarrick recently became the only U.S. Catholic cardinal ever to be charged with child sex crimes, and he pleaded not guilty in a court appearance in early September.

In his statement Tuesday, Reading said several factors influenced him to file the lawsuit, including the lack of response from the Newark archdiocese and seeing reports about McCarrick's court appearance in Massachusetts.

“I really thought about the power of having a voice,” Reading said. "I felt like telling my story would be helpful.”

The suit accuses McCarrick of sexual battery and the archdiocese of negligence, and seeks unspecified compensatory and punitive damages.