Authorities say the death of a woman whose body was found in a New Jersey parking garage is being treated as suspicious.

The Hudson County prosecutor’s office said Monday that the body was reported just after 6 a.m. Sunday in the Hoboken garage.

Prosecutors say 34-year-old Jazzlynn Teron of Elizabeth was pronounced dead about a half-hour later. The regional medical examiner’s office will determine the cause and manner of her death. 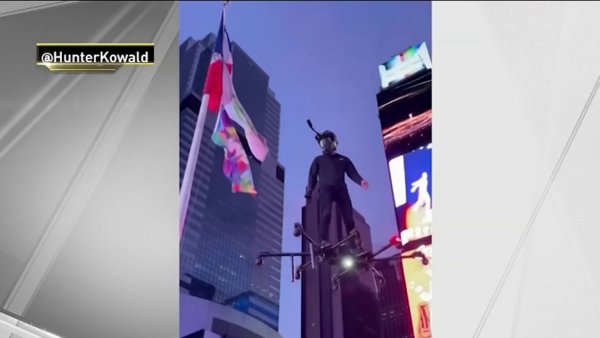 Meet the Man Seen Riding a Hoverboard Through Times Square (No, He's Not Green Goblin)

“This appears to be an isolated incident and the circumstances around the death are under investigation,” the prosecutor’s office said.

The Hudson County prosecutor’s office homicide unit and Hoboken police are investigating and ask anyone with information to contact prosecutors.