Former New York governor Andrew Cuomo won't be arrested or marched in front of cameras after being charged with a misdemeanor sex crime, the Albany County sheriff said Friday morning.

Cuomo was charged with misdemeanor forcible touching on Thursday for an alleged incident at the state's Executive Mansion last December.

He is due in court Nov. 17 to answer for the charge, but Sheriff Craig Apple Sr. said Cuomo's detractors shouldn't anticipate seeing the former governor in handcuffs.

"I don't believe they'll be a perp walk or handcuffs, we're not looking to showboat anything," Apple told Talk1300 radio. The sheriff did say Cuomo would be fingerprinted and photographed when he surrenders. 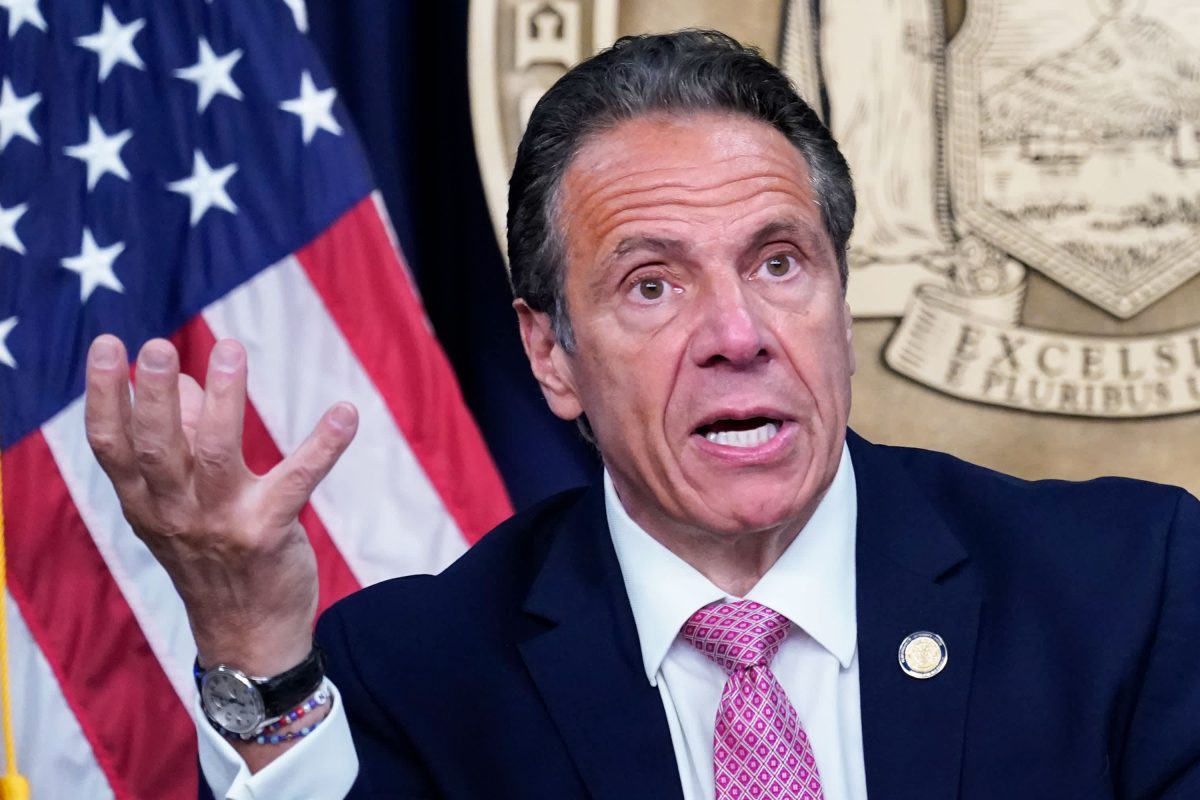 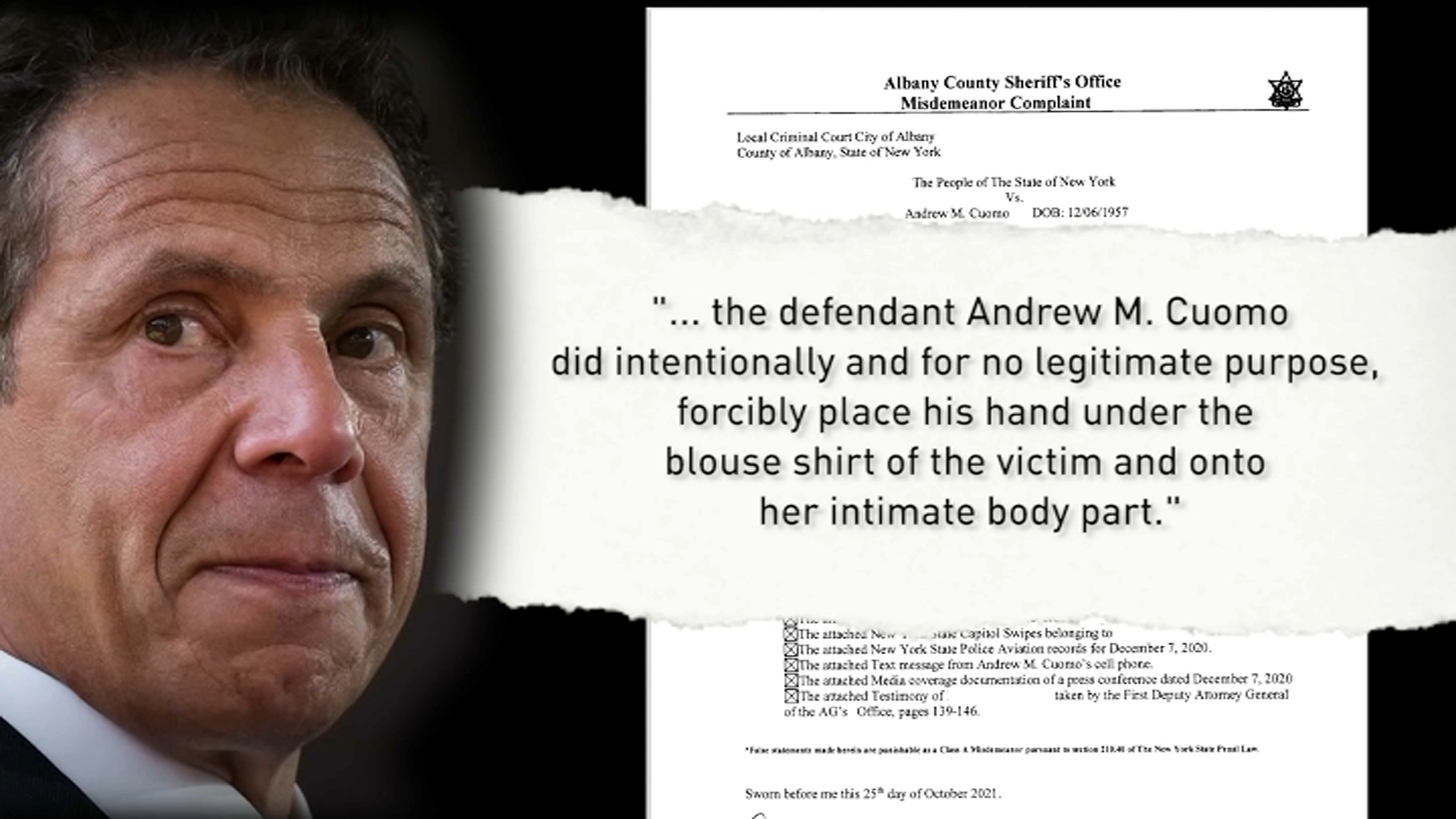 Cuomo's attorney and spokesman both blasted the charges against the state's 56th governor as politically motivated, with the latter calling the department's filing without notifying the district attorney's office an "unprecedented move."

The Albany County district attorney said Thursday night he had no idea charges were being filed.

"People are making it out to be the crime of the century. This is standard, you know how that camp is. They attack your credibility, they attack everything and try to just throw cover over what really occurred," Apple said in response to attacks from Cuomo's team.

In an interview earlier in the day, the sheriff said it was “disheartening” that the court system made the criminal complaint public immediately, something he described as a “leak,” although such court filings are public in New York and are routinely made available to reporters.

“We didn’t want everybody to know exactly what we were doing because we didn’t want all this, the circus,” Apple said on the radio program, as he sought to explain the confusion over the complaint's filing Thursday.

“We weren’t expecting a five-minute turnaround" for the court to decide whether to issue a summons or a warrant, he said later, adding that the confusion would have no effect on a “solid case.”

The sheriff said he would have liked to have had “a deeper conversation” with the district attorney and a chance to reach out to Cuomo’s attorney. He commended his investigators, saying “they took a very high-profile investigation and decided to break it down.”

He said it was commonplace for the sheriff’s office to file misdemeanor charges in the city court without first consulting with the district attorney’s office. The sheriff also found himself facing criticisms from the victim's lawyer, Brian Premo, for not notifying Brittany Commisso before the charges were filed.

"As far as him not getting a heads up, we've have had no contact with him but we've had numerous, dozens upon dozens of phone calls with the victim," Apple said. The sheriff added that he'd spoken with the victim several times the day the charges were leaked.

"We didn't want everybody to know exactly what we were doing because we didn't want all this circus, and needless to say the documents are filed in police court and somebody from court leaked the document immediately."

As the Albany sheriff is standing by his decision to charge former Gov. Andrew Cuomo with groping, the attorney for the alleged victim is now weighing in on the criminal charge. NBC New York's Jonathan Dienst reports.

For his part, Premosaid he had also expected the district attorney’s office to handle the case.

“I have no doubt that the sheriff’s investigators did a thorough job,” Premo told Albany radio station Talk 1300. “I have no doubt that they believe in their case. I have no issue with any of that. It’s just that this is a politically charged matter, right? ... So I think it’s only prudent to allow the prosecutorial authority to have a say in how the investigation is conducted and whether there’s a prosecution, right?”

Apple defended his decision to file a criminal complaint against Cuomo without consulting prosecutors or the accuser, adding that he was confident in the strength of the case, which he said was based on witness interviews and voluminous records.

“I feel very confident that the district attorney is going to prosecute this,” he told reporters at a news conference in Albany, the state capital.