Conservative activist and self-described "former liberal" Brandon Straka, a Dutchess County man and a Westchester County man who was allegedly identified by his varsity football jacket are among the latest to be charged federally for their alleged roles in the violent siege at the U.S. Capitol on Jan. 6.

Straka, the founder of the “WalkAway Campaign" which helps guide former Democrats, has been charged with impeding law enforcement officer during civil disorder, knowingly entering restricted grounds and engage in disorderly conduct with intent to disturb a hearing before Congress, according to the criminal complaint filed in Washington D.C.

The Dutchess County man, William Vogel of Pawling, faces the same federal charges out of D.C. Vogel, like many of the accused, allegedly posted videos and photos of his exploits on Snapchat, which were then flagged to the FBI. A vehicle registered to him was also tracked leaving New York around 6 a.m. the morning of the riot and traveling to Maryland before it returned to the Empire State that night.

The FBI recovered an AR-type rifle from his home while conducting the arrest early Tuesday, law enforcement sources said. He later appeared in White Plains federal court via teleconference, where he was ordered released with travel restrictions, and is prohibited rom possessing firearms. He is next scheduled to appear in court Feb. 2 in Washington, D.C.

The other New York man, Brian Gundersen, was charged Monday night on similar federal charges to the other two and is expected to be in custody soon.

A school official at Byram Hills High School in Armonk had recognized a varsity football jacket in video footage from the siege and told local cops, who reported it to the FBI. That man was later identified as Gundersen, who did play varsity football for the school.

An FBI tip database search yielded multiple hits on the man; he was seen wearing that same jacket on multiple other occasions as well, the criminal complaint says.

One witness confirmed Gundersen had been wearing the jacket on Jan. 6.

It was also confirmed on Tuesday that another man previously arrested and charged in connection to the riot has lost his job working for the New York City Department of Sanitation. Dominick Madden, who was initially seen in photographs and on video sporting QAnon gear while shouting the group's slogan and waving a Trump flag outside the Capitol building, resigned while facing pending disciplinary charges, the Sanitation Department confirmed. Madden allegedly entered the Capitol and walked around inside during the riot.

In the Straka case, FBI investigators received a tip on Jan. 11 about activity on his Twitter account @BrandonStraka relating to the deadly attack but most tweets and videos Straka had posted of himself, including a video in which he was seen speaking at a “Stop the Steal” rally on Jan. 5, had been deleted. However, through multiple screenshots of his tweets and videos posted on YouTube, authorities were able to discern Straka's presence during the siege.

Some of Straka's deleted tweets include: 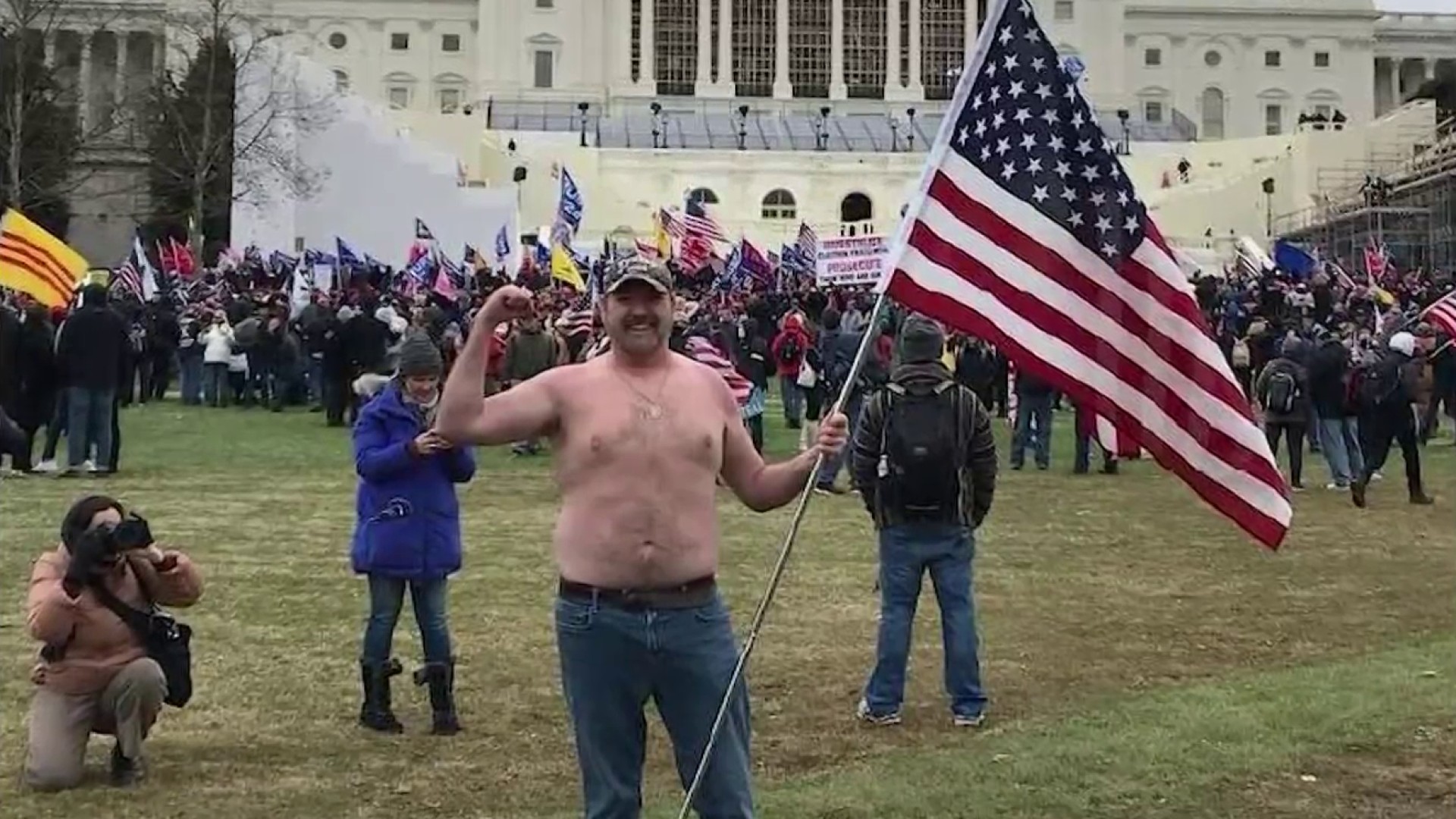 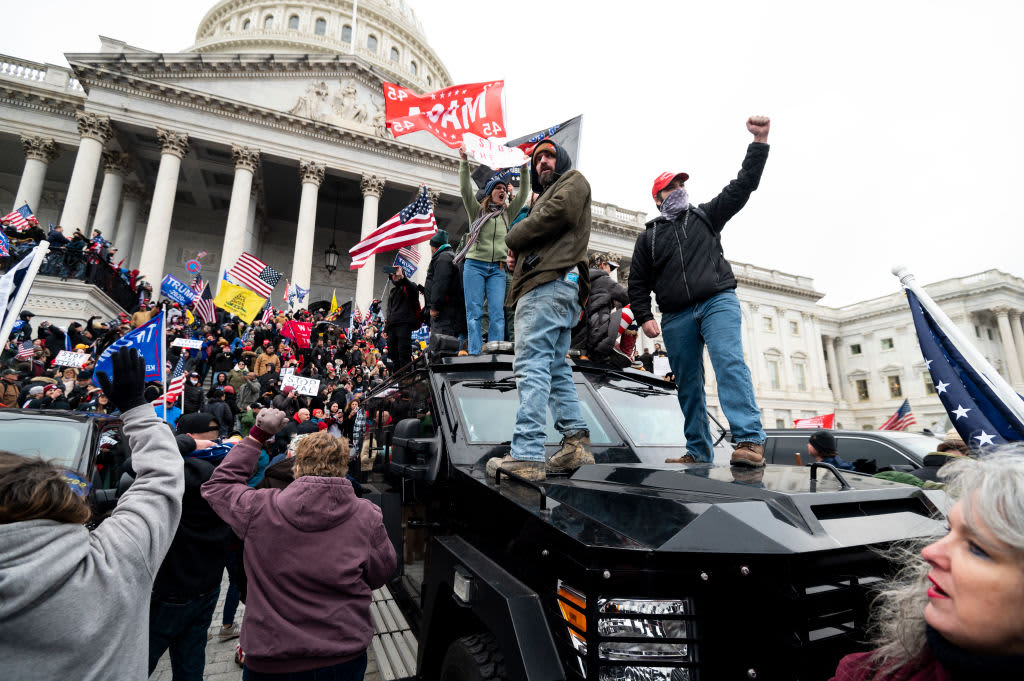 Before he reached the top of the stairs leading into the building entrance. When Straka and the crowd around him were confronted by a U.S. Capitol Police officer holing a shield, Straka said, "Take it away from him."

The crowd was then being tear-gassed and the video ended with Straka still in the area at the top of the steps but not having entered the building.

In the last few weeks, the FBI has received over 200,000 photos and video tips related to the riot and about 150 people have been charged as of Monday with federal crimes. No attorney information for Straka, Vogel or Gundersen was immediately available as of late Tuesday morning.

Straka previously made headlines last summer after he was among the first people who were banned by American Airlines after he refused to wear a face-covering on a flight to New York's LaGuardia Airport. The conservative activist also recorded an exchange with a flight attendant on the plane and posted it to Twitter.