Both attorneys showed remorse for their behavior as they entered their pleas; both are expected to be disbarred and face prison time

Two attorneys arrested for allegedly throwing Molotov cocktails at NYPD vehicles during George Floyd protests in New York City in May 2020 each pleaded guilty in Brooklyn federal court Wednesday to a single count of making an incendiary device.

Colinford Mattis, a Princeton and NYU Law graduate who had worked at Pryor Cashman, and public interest attorney Urooj Rahman, who attended Fordham Law, face up to 10 years in prison when they are sentenced in February.

The federal government is pushing for the max, arguing the judge should apply a "terrorism" enhancement to the penalty because what the attorneys allegedly did was intended to intimidate NYPD officers. In addition to prison time, both men are "nearly certain to be disbarred," the federal judge said.

Both Mattis and Rahman are currently undergoing care for depression and other issues, News 4 learned at Wednesday's hearing. Mattis has an alcohol substance abuse issue and underwent inpatient treatment this past May. 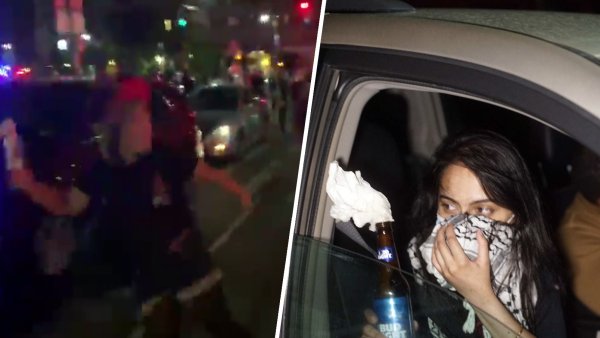 When they entered their pleas Wednesday, Mattis said, "I plead guilty," while Rahman said "Guilty." The guilty pleas to the single count of making an incendiary device had been expected as part of a deal previously announced by defense attorney Paul Schectman.

Both showed remorse for their behavior as they entered their pleas.

Mattis told the court, "I deeply regret my conduct and wish I would have made better decisions that night."

Surveillance cameras had recorded Rahman hurling what prosecutors described as a Molotov cocktail into the police vehicle, setting fire to its console near an NYPD station house during those summer 2020 protests. No one was hurt in the attack.

Prosecutors alleged the lawyers planned to distribute and throw other Molotov cocktails.