Investigators with the Albany County Sheriff's Office had been looking into allegations against the former governor since Aug. 5, and charged Cuomo with the misdemeanor act of forcible touching; A summons was issued for Cuomo, who is expected to surrender and appear in court on Nov. 17

Former New York Gov. Andrew Cuomo has been charged with a misdemeanor sex crime for allegedly groping a woman at the state's Executive Mansion last year.

Lucian Chalfen, a spokesman for the state court system, confirmed a misdemeanor complaint against Cuomo had been filed in a "sex crime" case in Albany City Court. The complaint was signed by the officer Monday and stamped by the court as received Thursday.

A copy of the one-page complaint from the Albany County Sheriff's Office, obtained by News 4, alleges that Cuomo committed the misdemeanor act of forcible touching at his official residence on the afternoon of Dec. 7 last year, between 3:51 p.m. and 4:07 p.m.

"At the aforesaid date time and location the defendant Andrew M. Cuomo did intentionally, and for no legitimate purpose, forcibly place his hand under the blouse shirt of the victim [redacted] and into her intimate body part. Specifically, the victims (sic) left breast for the purposes of degrading and gratifying his sexual desires, all contrary to the provisions of the statute in such case made and provided," the complaint reads.

Albany County Sheriff Craig Apple said in a press release that investigators with his office had been looking into the allegations since Aug. 5, and had determined there was “probable cause” to present evidence to the court “for their review to determine the most appropriate legal pathway moving forward on the investigation." The statement suggested it was court officials, not prosecutors or a law enforcement agency, that made the decision to issue the summons.

A summons was issued for Cuomo, who is expected to surrender and appear in court on Nov. 17 at 2:30 p.m., when he will be fingerprinted and photographed.

The complaint does not name the victim, however the details in the sheriff's report appear to mirror the story told by former staffer Brittany Commisso, who had complained that Cuomo touched her breast under her shirt. Commisso initially thought the incident had occurred in Nov. 2020, rather than in early December, as is listed in the criminal complaint.

Apple had previously said his office was investigating a complaint made in August by a female Cuomo staffer identified in Attorney General Letitia James' report as Executive Assistant #1. That woman, Commisso, later came forward to publicly identify herself in interviews.

Commisso, formerly an executive assistant for Cuomo, says he groped her when they were alone in an office at the governor’s mansion in Albany. She said Cuomo pulled her in for a hug as she prepared to leave. When she told him, “you’re going to get us in trouble,” Cuomo replied, “I don’t care,” and slammed the door, according to her account. Commisso said Cuomo slid his hand up her blouse and grabbed her breast.

Cuomo has adamantly denied groping her, saying once, “I would have to lose my mind to do such a thing.”

Commisso's lawyer said in a statement to the Albany Times-Union that they too were caught off guard by the charges being filed.

"It was my client's understanding that the district attorney's office was in agreement with the sheriff's department that it was going to conduct a thorough, impartial and apolitical evaluation of the case, and only after completion of the investigation, speak to my client to allow her to make an informed decision as to whether she would proceed as a victim," the attorney said. "Like the district attorney's office, she was informed about this recent filing though media."

A sheriff’s officer has accused former New York Gov. Andrew Cuomo of groping a woman in an investigation stemming from the scandal that drove him from office earlier this year. NBC New York's Jonathan Dienst reports.

In response to the charges filed in the complaint, Cuomo's attorney Rita Glavin called the sheriff's motives "patently improper," and once again denied the governor committed any wrongdoing.

"Sheriff Apple didn’t even tell the District Attorney what he was doing. But Apple’s behavior is no surprise given (1) his August 7 press conference where he essentially pronounced the Governor guilty before doing an investigation, and (2) his Office’s leaking of grand jury information," Glavin said in a statement. "This is not professional law enforcement; this is politics."

Albany District Attorney David Soares said "like the rest of the public, we were surprised to learn today that a criminal complaint was filed in Albany City Court by the Albany County Sheriff's Office against Andrew Cuomo." Soares added that his office won't have further comment on the case.

Glavin has also repeatedly tried to debunk Commisso's allegation, in part questioning her initial recollection of a Nov. 2020 date for the alleged incident.

"We're aware of no record indicating that Brittany Commisso was at he mansion in November on any other day than November 16th," Glavin said during a press conference earlier this year.

The governor resigned in August after an investigation by the attorney general's office found he had committed criminal sexual harassment.

James, whose office is not involved in the criminal investigation, released a statement after the charges were filed.

"From the moment my office received the referral to investigate allegations that former Governor Andrew Cuomo sexually harassed multiple women, we proceeded without fear or favor," the attorney genera's statement read. "The criminal charges brought today against Mr. Cuomo for forcible touching further validate the findings in our report.”

While the AG's office did not have the authority to charge him for the alleged conduct outlined in its report, authorities in multiple counties have been investigating him since.

Cuomo has steadfastly denied wrongdoing. His spokesperson, Rich Azzopardi, released a statement later in the evening regarding the criminal complaint, tying it to political motives as well — this time of the attorney general.

"'Accidentally' filing a criminal charge without notification and consent of the prosecuting body doesn’t pass the laugh test and this process reeks of Albany politics and perhaps worse," Azzopardi said. "The fact that the AG — as predicted — is about to announce a run for governor is lost on no one. The truth about what happened with this cowboy sheriff will come out."

There was some initial confusion after the charges against Cuomo were first reported by a non-profit political news outlet, followed shortly thereafter by an Albany Times-Union report that there were no charges and that a warrant had been issued erroneously. Some minutes later, the court system clarified that the complaint had in fact been filed.

The Times-Union quoted unnamed officials as saying the complaint had been issued “prematurely" before a final decision had been made about whether Cuomo would face charges.

One of the women who had accused Cuomo of misconduct, Karen Hinton, cheered the charges being filed.

"If convicted of forcible touching, Cuomo has violated a law he signed. It's a serious charge, not to be dismissed, minimized or misinterpreted," Hinton said. "Men and women alike will no longer have a reason to support Cuomo by blaming the victim."

The crime of forcible touching is punishable in New York by up to year in jail and up to three years probation, with discretion for the court to impose lesser penalties including no jail time.

District attorneys in Oswego, Manhattan, suburban Westchester and Nassau counties also had said they asked for investigative materials from the attorney general’s inquiry to see if any of the allegations could result in criminal charges.

The Assembly Judiciary Committee is completing a wide-ranging impeachment investigation of Cuomo that began before he resigned. The also were looking at the administration’s handling of COVID-19 data and efforts to rush COVID-19 testing for Cuomo’s inner circle in spring 2020.

The criminal charges will open a new chapter in the former governor's personal and political future.

He has been adamant that he will not run for his old office in 2022. But at the same time, his campaign website regularly issues statements on the race and other matters, and some of his top aides are still working with him.

A Marist poll earlier this month found that Cuomo would lose a primary to Gov. Kathy Hochul by a wide margin.

The reported charges also come on the eve of Attorney General James' own widely expected entry into the governor's race. 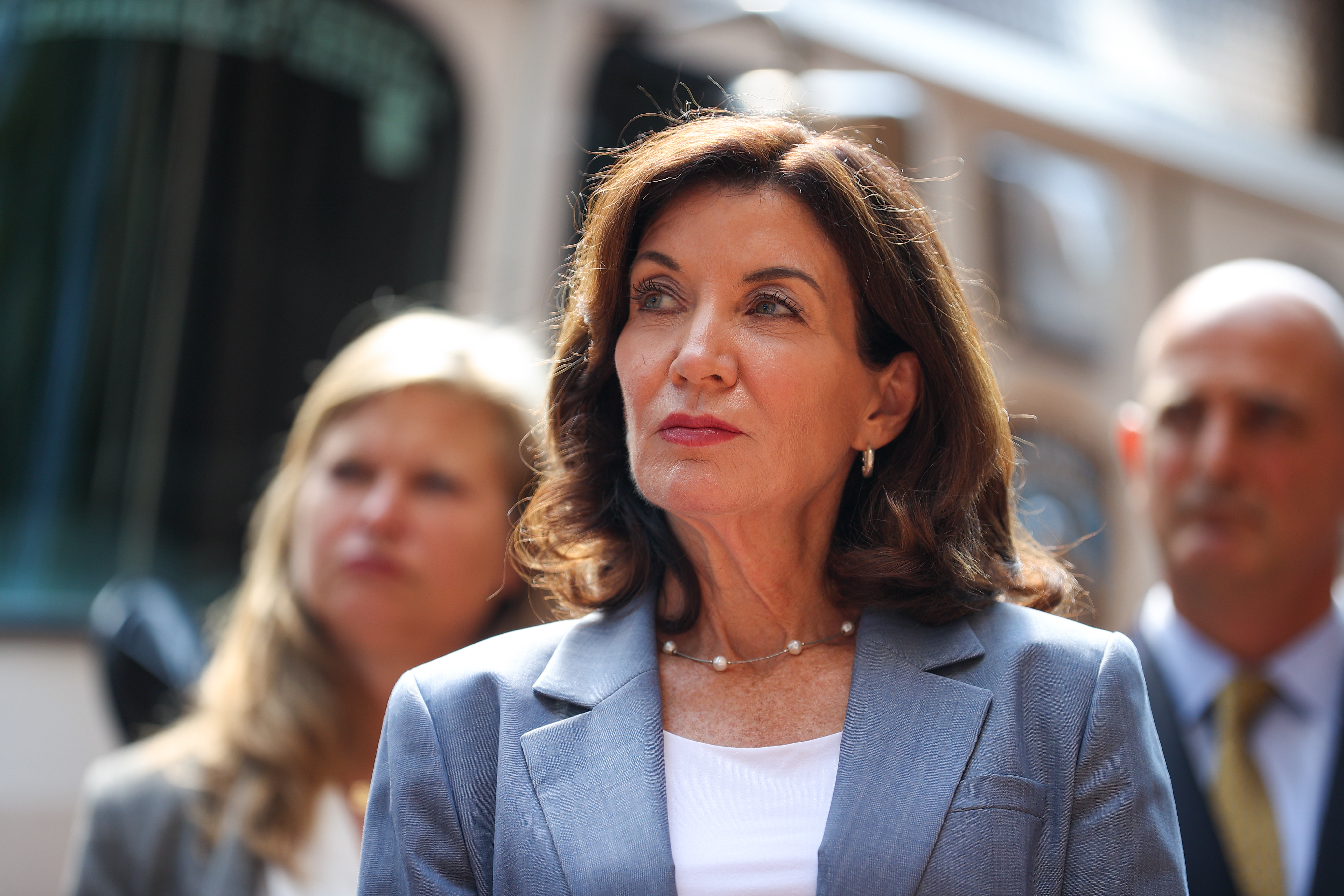 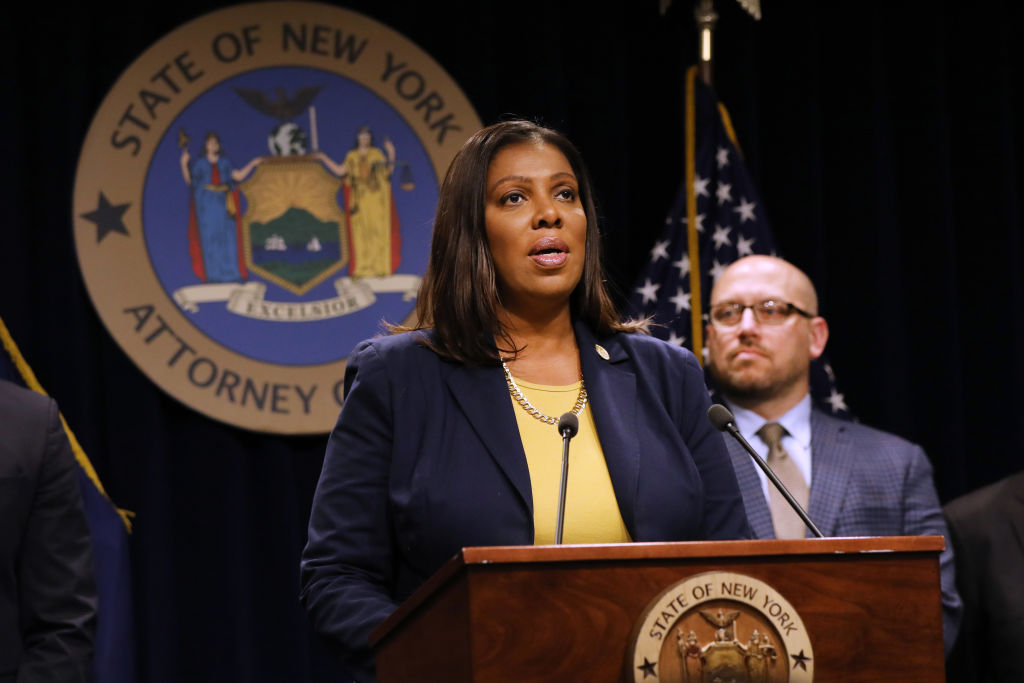