David Bonola went before the judge during the short hearing, during which time his attorneys told the court that their client would not testify before a grand jury

A handyman and on-again-off-again former lover of a Queens mother he allegedly killed and dragged away inside a hockey duffel bag appeared in court for a short hearing on Tuesday, as the murder case that shocked NYC continues.

David Bonola went before the judge during the short hearing. His attorneys told the court that their client would not testify before a grand jury.

The court developments come less than a week after the 44-year-old Bonola, who lives in South Richmond Hill, was arrested and charged with murder, among other offenses, in relation to the grisly death of Orsolya Gaal.

The body of the 51-year-old mother from Forest Hills was found in the morning of April 16, after a trail of blood from where the bag her body was in was dumped led back to her home not far away. 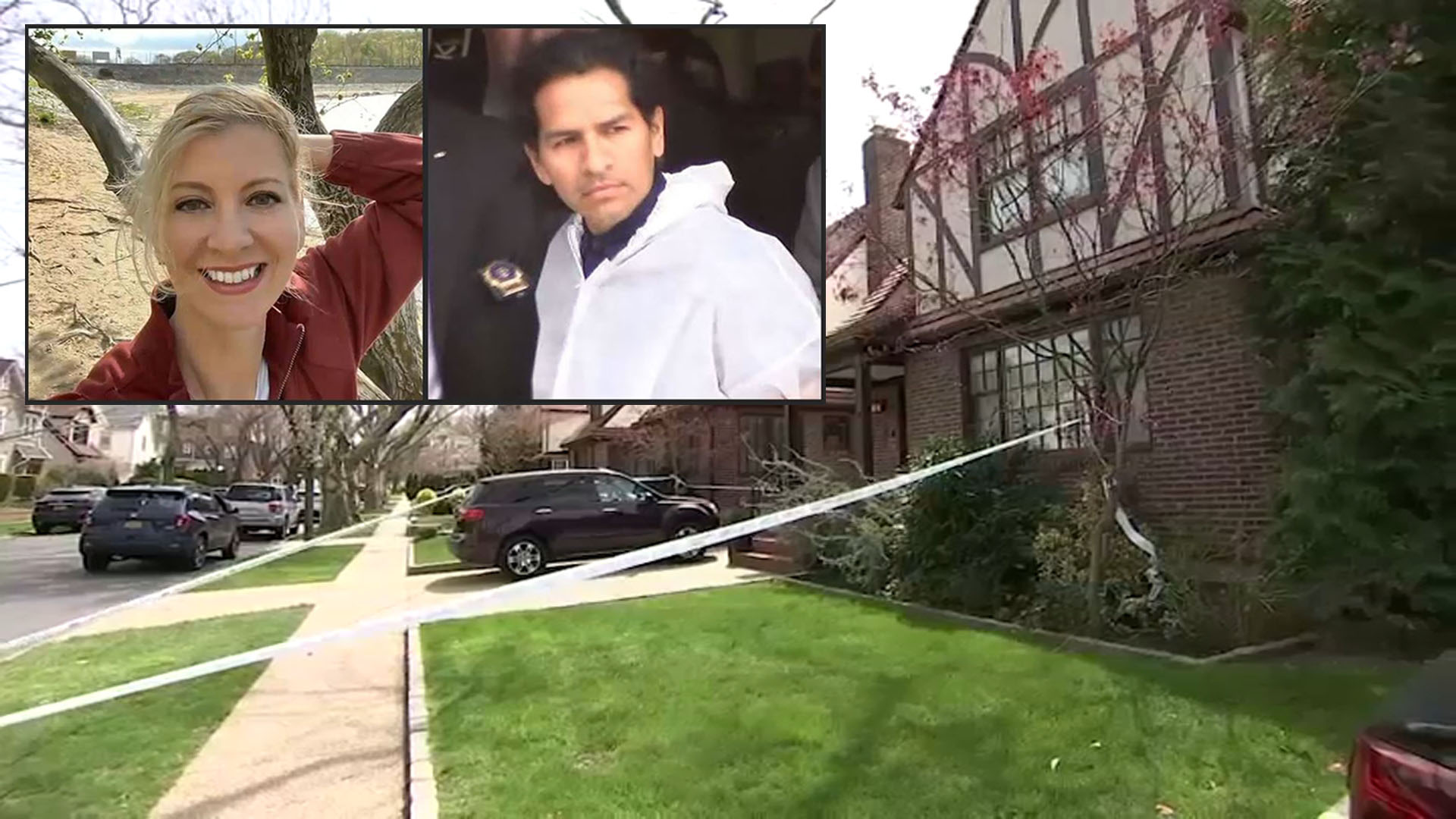 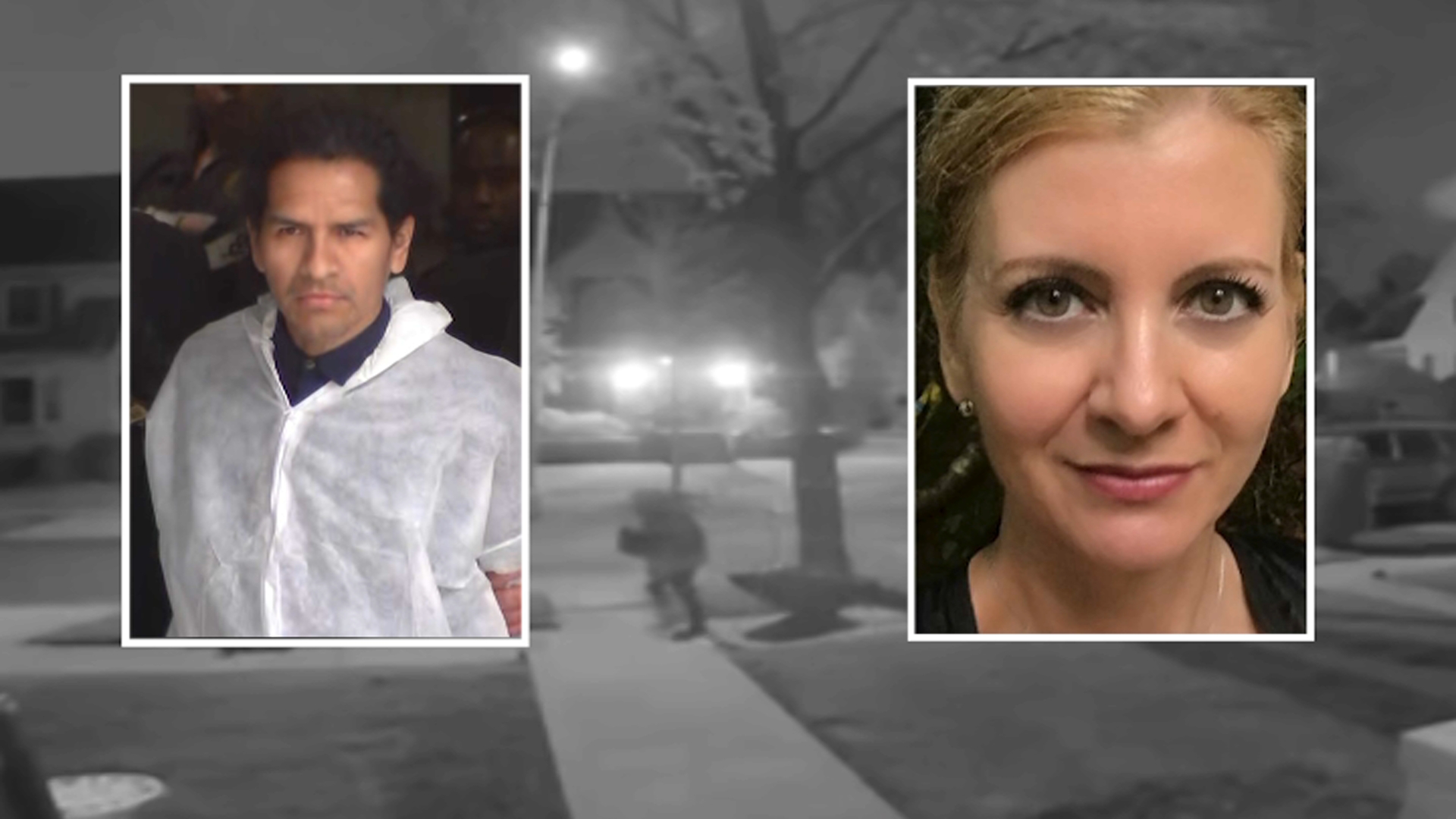 Bonola told police that he and Gaal argued over their relationship. The two allegedly had an intimate affair, as Gaal also employed him for odd jobs around her Juno Street home for a few years. He didn't live far away and allegedly went there around 12:40 a.m. Saturday, just after she got home.

He was either let inside voluntarily or used a key that he knew was hidden in the home's barbecue, said NYPD Chief of Detectives James Essig.

According to the NYPD, Bonola and Gaal got into a "heated argument" in her basement. Katz said that he got a knife and slashed the woman's throat before stabbed her more than 55 times — knifing her so violently that he ended up with blood all over his clothes and wounds to his hands as Gaal tried to fight back.

The knife later recovered at the scene was similar to other ones in her home, police said, but additional forensic analysis is pending. Bonola and Gaal had been on-again-off-again for about two years, police said, and last reunited romantically in early April. At the time of her death, they were considered "off," police clarified.

A 44-year-old handyman has been arrested for allegedly murdering a Queens mother in her own home as her teenage son sat upstairs last week, “ruthlessly and brutally” stabbing her more than 55 times. NBC New York's Marc Santia reports.

According to investigators, once Gaal was dead, Bonola allegedly took her teenage son's hockey bag, put her body inside and headed out to dump it. Video showed him rolling her body down sidewalks, leaving a trail of blood through her neighborhood.

Investigators believe that after Gaal was murdered, Bonola fled the dumpsite via Forest Park, which is where they found a jacket he allegedly wore during the crime.

Detectives also developed leads that led them to bloody bandages, boots and a T-shirt they believe Bonola was wearing at the time of Gaal's killing. They say he was treated at Bellevue Hospital for wounds to both hands, but didn't describe the injuries other than to suggest they were the result of Gaal's desperate effort to save her life.

As investigators were searching for evidence in the case, Bonola voluntarily returned to the precinct, according to police. That's when he made incriminating statements and allegedly admitted his guilt during questioning, according to two senior police officials with direct knowledge of the conversation.

Police also preciously said that Bonola admitted to sending a threatening text from Gaal's phone to her husband Saturday morning, believed to be an effort to take suspicion away from himself. That text referenced a previous unrelated crime.

He was charged with second-degree murder, first-degree evidence tampering and fourth-degree weapon possession in relation to Gaal's slaying, one which Queens District Attorney Melinda Katz said left "a trail of blood and a terrified community."

Bonola has been held by the city's Department of Corrections and was said to be on suicide watch. Katz said that "two boys are left without a mother and a young teenager faces the added trauma of being home when this heinous murder took place."

Information on a possible attorney for Bonola wasn't immediately available.

The Queens mother who was murdered in her own home and found in a duffel bag was last seen alive at a bar near her home in Forest Hills. NBC New York's Marc Santia reports.

For nearly a week, the case mystified investigators and those who knew Gaal.

Investigators had indicated they were focused on one person who knew Gaal and had access to her home, though they hadn't released Bonola's name prior to his arrest.

Gaal had last been seen alive at the Forest Hills Station House, a gathering spot popular with locals, the night before her death. The bar manager, Gabriel Veras, last recalled seeing the victim a bit after midnight at the gastropub on Saturday.

Veras said Gaal always wore a smile, dined alone and was kind to employees — and while she recalled seeing her for about 45 minutes Friday night into early Saturday, the manager didn't remember that she seemed to be in any kind of danger or disturbed.

"She was here on Friday, right in the center of the bar. Had a Moscow mule, had a bite to eat. Spoke to a few of my staff members that know her, joking around in conversation," Veras said. "She was a very, very sweet regular. She left alone and we were in shock the next day. Shock."

"She was composed, collected, in the middle of the bar, just keeping to herself and talking to staff," Veras added. "Nothing unusual. She didn’t seem frightened or scared or panicked. Just enjoying her one drink before going home."

Chilling surveillance video showed a person who police believed may have killed her, according to sources. That person, later identified as Bonola, was seen on home security camera footage wheeling a hockey duffel bag down 75th Avenue, with Gaal's body believed to be inside.

Police made the disturbing discovery of her body Saturday morning after a 911 caller alerted officials to the roadside crime scene. The NYPD said Gaal's body was found near Jackie Robinson parkway and Metropolitan Avenue about a half-mile from her home, after a jogger spotted the blood-soaked duffel bag near a busy walking trail.

Investigators believe that Gaal was attacked in her basement, while her 13-year-old son was asleep on the top floor of the home. Police said her husband and another son were out of town, visiting colleges on the West Coast, when she was killed.