A Jury Convicted R. Kelly — But Will His Music Face Consequences?

Will a criminal conviction do to R. Kelly's music what years of ugly allegations couldn't?

It's unlikely that Monday's moment of justice — when a federal jury in New York found the 54-year-old R&B superstar guilty of all nine counts in a sex trafficking trial — will mean much for his fans, given all the awful things they had learned already, some observers say.

“The lines have already been drawn," said Jem Aswad, deputy music editor for the trade publication Variety, who has been covering R. Kelly for 20 years. "The people that are going to listen to R. Kelly’s music are still listening to it. I don’t think a guilty verdict is going to change their minds." 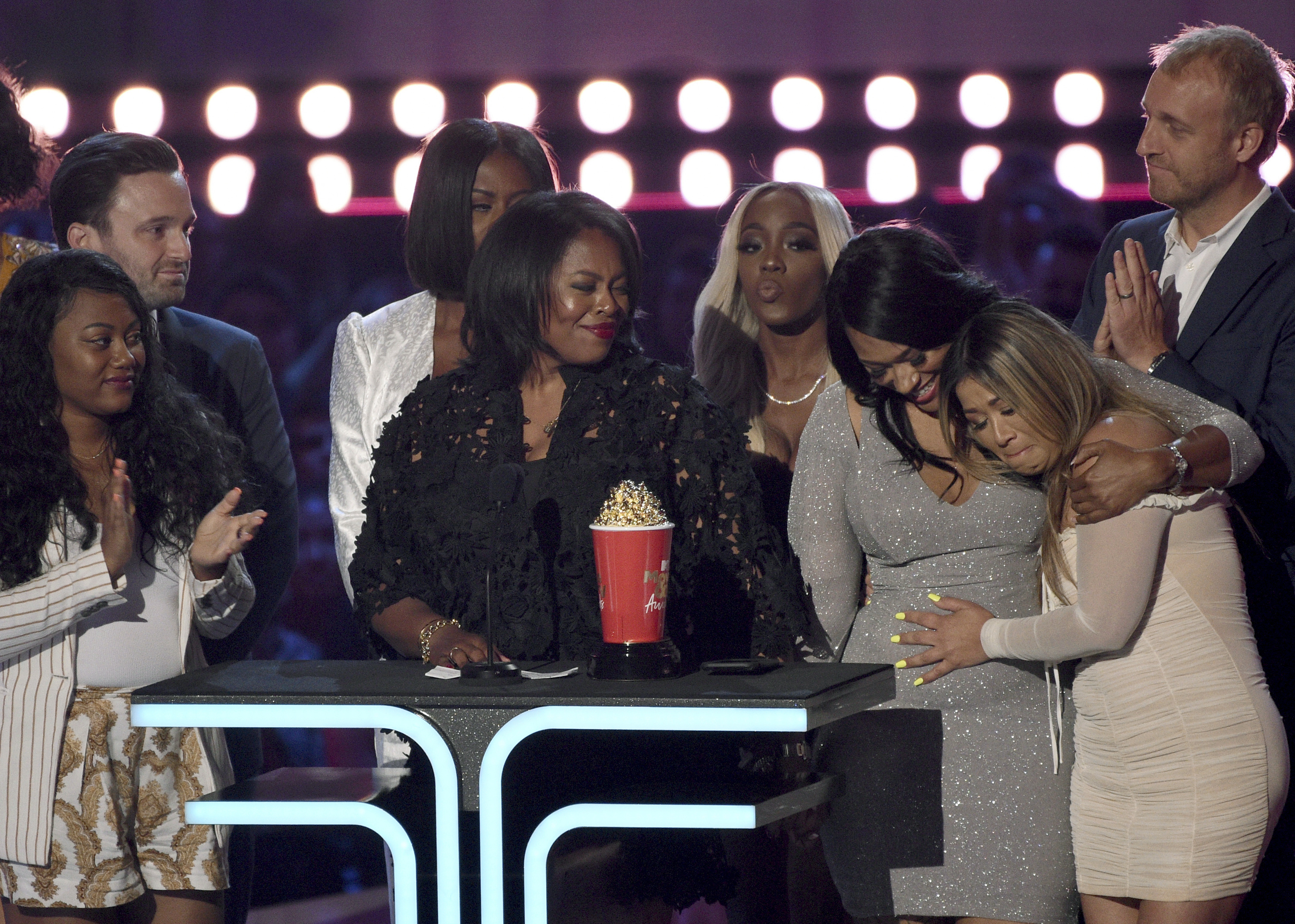 Tarana Burke, founder of the #MeToo movement, understands how irresistible the music of R. Kelly can be for people who grooved to songs like “Ignition," but said, “People should just have a second thought about the message that it sends.”

“This generation is very clear about who R. Kelly is, right? These young people have come up with the information that this person is a perpetrator, right?" Burke said. "And if we can’t push past our personal likes and desires to dance to a song for the sake of sending a message to these little girls and little boys, at some point I’m just going to draw a line.

“I don’t want to support somebody who will cause this kind of harm in my community. I just urge people to think about that,” she continued. "Is it really worth it?”

Kelly had long managed to avoid professional consequences amid decades of reports of sexual abuse of young women and children, from his illegal marriage to R&B phenom Aaliyah in 1994, when she was just 15, to a 2002 arrest in which he was accused of recording himself sexually abusing and urinating on a 14-year-old girl.

R. Kelly is guilty of racketeering and sex abuse. Erica Byfield reports on how the color and ages of his victims may have delayed justice.

The #MeToo era and the 2019 docuseries “Surviving R. Kelly " saw his music downgraded by streaming services and subjected to boycotts, and Kelly dropped by his label, but it still remains widely available and draws millions of weekly streams.

The Grammy winner, once called the King of R&B, has had a dozen albums reach platinum or multiple platinum status. His biggest hits include “I Believe I Can Fly” and “Bump N’ Grind.” His songs ranged from explicit to romantic, popular both in the clubs and at weddings.

The people he has worked with are a who's who of popular music, among them Jay-Z, Lady Gaga, Michael Jackson, Whitney Houston, Celine Dion, Quincy Jones, Toni Braxton and Janet Jackson.

His popularity took a hit as allegations mounted in the past five years. His last three songs to chart on Billboard’s Hot 100 peaked in 2013, including a duet with Lady Gaga called “Do What U Want” and “PYD” with Justin Bieber. He hasn’t had a hit reach the Hot 100 since then, despite releasing two albums and several singles. He has had more success on other charts.

R. Kelly was found guilty on all counts against him in federal court on Monday. Erica Byfield has what you need to know about the case.

According to MRC Data, formerly Nielsen Music, a data provider that powers Billboard’s charts, Kelly’s airplay spins and audience dropped significantly between 2017 and 2021, and digital sales followed a similar pattern.

However, his streaming on-demand numbers have remained about the same, averaging more than 6 million per week for most of 2021.

A group of fans who continue to back him blasted his music outside the courthouse Monday, with one shouting, “We’re not giving up on R. Kelly!”

Neither Spotify nor Apple Music responded to questions Tuesday about whether they would modify their use of R. Kelly’s music on their platforms.

Spotify has made such a move before but got pushback.

In 2018, amid the momentum of the #MeToo movement and a campaign to #MuteRKelly, the service removed his music from playlists after establishing a new policy on hate content and hateful conduct. His music was still available, but Spotify stopped promoting it.

Yet as many pointed out at the time, the history of pop, R&B and rock music is overloaded with artists who not only sexually abused underaged girls, but also celebrated it in their songs.

And legendary producer Phil Spector, whose hands are on classic hits available everywhere, was a convicted murderer.

“These sort of lines of morality are hard to draw, and Spotify found that out very quickly,” Aswad said. “You’re looking at where you draw the line. If it’s going to be, Did someone get convicted? Convicted of what? A felony? What if someone stole a car?"

But when Lifetime aired “Surviving R. Kelly” early in 2019, moves against him were inevitable. His RCA label dropped him, and Lady Gaga apologized for working with him and took their duet off streaming platforms.

At the peak of Kelly's success, Aswad said, the fortune he amassed helped him fight the stories about him, and people who made money with him made them less likely to abandon him.

But his finances appear to have been in serious decline. Crain’s Chicago Business reported that a $2.9 million foreclosure was filed on Kelly’s suburban Chicago mansion in 2011, and it was auctioned off in 2013 for $950,000. The Chicago Sun-Times reported at the time that he owed the IRS more than $4.8 million.

Kelly's audience is also aging, and he's unlikely to make any new music, with a long prison sentence a possibility and more prosecutions awaiting in other states.

It could be that time alone may do what convictions, allegations and boycotts couldn’t.

“I think as generations go on, it might get muted more because it will fade into the background," said Gail Mitchell, executive director, R&B/Hip-Hop at Billboard Magazine. “As more generations, younger generations come up of age, there’ll be a separation. It’ll be a bookmark that people can access. But the music probably will kind of fade away.”