The New York City Council’s Committee on Environmental Protection will hold an oversight hearing this Wednesday on the causes and response to a chaotic Thanksgiving weekend flood in South Ozone Park -- a situation that both work crews and residents are still dealing with.

Nearly 100 homes were damaged when a backup sent sewage into several homes, displacing hundreds of residents — several of whom were forced to sleep in their cars, according to officials.

“Due to high groundwater levels around the area of the blockage, 150th Street and south Conduit Avenue, the required stabilization of an overpass abutment, tight access near vehicular traffic, and the depth of the sewer, the excavation to reach the blockage is very challenging. We expect this work to continue around the clock (as it has since 11/30).   Cause cannot be determined until crews get eyes on the sewer,” the city’s DEP said in a statement Tuesday. 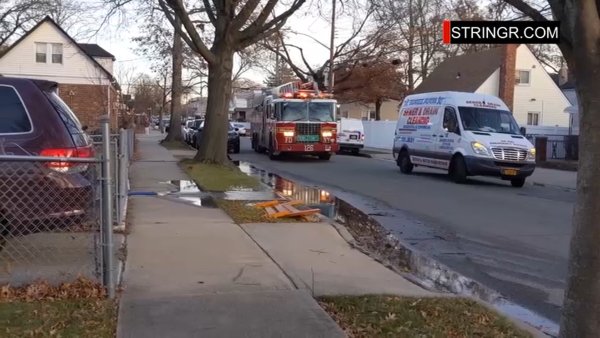 According to the Office of Emergency Management, 124 homes are currently impacted, 42 indicated no services needed (no cleanup from the city), 46 homes cleaned (completed), 10 completed, pending signoff, (homes have been cleaned but must be signed off as complete by City and homeowner) and 23 have requested contractors who have been assigned to be cleaned.

Although there have been no more backups after a bypass system was installed in South Ozone Park, residents were still left to deal with many of their possessions destroyed and the awful stench that remains after a blocked sewer main flooded a vast number of basement with filth the weekend after Thanksgiving.

Reaching the sewer blockage has proven to be a difficult task given its location and depth, according to the DEP commissioner Vincent Sapienza said that overall repairs may take several days.

To deal with the situation, the DEP subsequently set up a bypass pumping system that will allow any waste water generated in the neighborhood to bypass the blockage, Sapienza said during a press conference Dec. 2, adding “there will no longer be backups.”

Sapienza said that the city’s DEP is offering homeowners support.

“Any homeowner who needed our help we pumped them out. We’re working with Office of Emergency Management to set up pumping systems for them. Many of the homeowners already had their own pumps and those were in place very early on and pumped themselves out,” he said.

Additionally, Sapienza said that they are asking homeowners to fill out a form to claim compensation through the NYC Comptroller’s Office to get back any out-of-pocket expenses.

“DEP admitted responsibility for the problem, so the comptroller will cut checks,” Sapienza said. “We’ve heard from some homeowners they don’t have the out of pocket means to start the work so our OEM is working with them.”