A New York City subway station that was destroyed when the World Trade Center towers collapsed onto it in 2001 is still under construction and likely won't reopen until 2018.

The Cortlandt Street 1 train station was crushed beneath falling debris from the towers Sept. 11, 2001. About a year later, downtown 1 trains began whizzing through it again, restoring service to other downtown stations. But the station itself has been a vacant shell ever since.

On Monday, the Metropolitan Transportation Authority's board of directors voted to take over the project from the Port Authority of New York and New Jersey at a cost of about $101 million. The cost includes an additional $31.5 million to the original price tag to compensate the contractor for construction delays.

Because the station runs directly underneath the World Trade Center memorial, the Port Authority and the MTA had debated for years over who should pay for the station's repairs. Meanwhile, the memorial was carefully built around the empty station. The Port Authority owns the ground above the station, while the MTA is responsible for operating the city's subway system.

"The scope of the work is really complicated in the sense that all the materials can only be brought in from underground," said MTA spokesman Kevin Ortiz.

The Port Authority awarded a contract in 2013 to a developer to reconstruct the station — without first coming to an agreement with the MTA over cost-sharing, according to the MTA. The Port Authority recently completed the first demolition phase of the project at a cost of about $19 million.

"Since 2002, there have been numerous understandings and agreements between the (Port Authority) and the MTA regarding the scope and cost sharing arrangements for the future station," according to MTA meeting documents. "Complicating these arrangements were the several concurrent infrastructure improvements and competing developments occurring within the (Port Authority's) World Trade Center site." 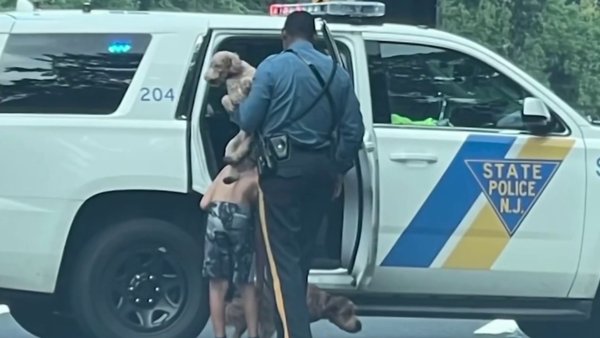 The Port Authority declined to comment on the project.

Now the MTA will rebuild the station from the ground up. The project is slated for completion in 2018.

"We want the reopening of the station to coincide as closely as possible with the opening of the trade center and the PATH and Port Authority's complex as well," Ortiz said.