The best friend of Bronx superstar Cardi B has been charged in a sweeping roundup of members of the 5-9 Brims, a violent Bloods street gang. But the heavily pregnant Star Brim won't be arrested until she gives birth, officials say.

Brim — real name Yonette Respass — was one of 18 defendants named in an indictment of gang members in the Southern District of New York Tuesday. She is accused of being the highest ranking female member of the gang and is charged with slashing a person and participating in a racketeering conspiracy.

In addition to these charges, Respass and 10 other members of the 5-9 Brims were also charged in an indictment by the Eastern District of New York in Brooklyn. 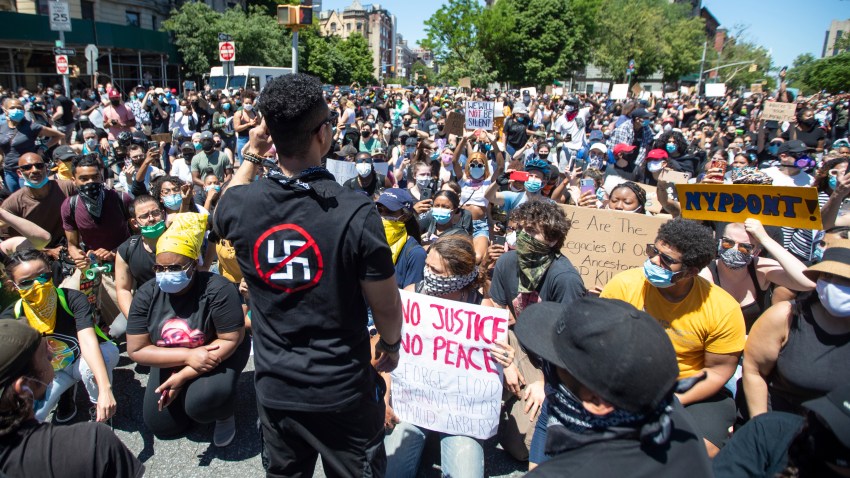 In that indictment, also released Tuesday, it was alleged that Star Brim ordered gang members bash two strip club bartenders who "disrespected" a fellow Blood, but she didn't think it was vicious enough. Two weeks later, it is alleged Cardi B herself went back and assaulted the women, one of whom she thought had sex with her husband, sources said.

That indictment also alleges these members had been feuding with a rival faction of the gang called the "Real Ryte," with some of the defendants either participating in or conspiring in the murder of rival members. Others face racketeering, conspiracy, narcotics, fraud and firearms charges.

According to the EDNY indictment, members of the 5-9 Brims violently beat a bartender at the Angels night club in Flushing, Queens, after the woman apparently disrespected another member of the gang. Respass, from behind bars, ordered other members to "pop that bottle" on the bartender, saying "I want hands put on them. I don't even want no talking."

Later that same night, three of the defendants are accused of going to the bar where they lured the bartender away from the bar, held her hair while beating her in the face and throwing a bottle at her. One of the members allegedly recorded the attack on cellphone, and it was sent to the member on whose behalf Respass ordered the attack.

While many of the gang members named in the indictments have been arrested, Brim was not as she is expected to give birth in the coming days. Prosecutors say they are in discussions with her attorney regarding a time and date for self-surrender.

“The 5-9 Brims is a violent criminal organization that has terrorized residents of Brooklyn and Queens by committing brutal acts of violence in public places, trafficking narcotics on the streets and defrauding victims through financial schemes,” stated United States Attorney Donoghue.

The summary of charges in the 5-9 Brims cases reveals startling details about the organizational structure of the gang — including real names and street names of the gang's highest ranking members and their roles in the criminal operation. There are two rank structures — one for 5-9 Brims who are in prison and one for those who are free, prosecutors say. The heads of the "Prison Lineup" and the "Street Lineup" each have their own leader, who is named the "Godfather."

Prosecutors from the SDNY say they arrested Street Lineup Godfather Willie Evans, or "Mills," in the Bronx borough of New York at 6 a.m. Tuesday. He is facing two murder charges as well as racketeering, firearms and conspiracy charges. They also arrested a number of the 5-9 Brims borough leaders, or "High 020s," Tuesday morning, including Queens High 020 Albert Shoulders, aka "Bundy," and Bronx High 020 Jamarr Simmons, aka "Show Off."

Prosecutors say Brim is the highest-ranking female member of the 5-9 Brims, also known as "Godmother." Female members of the gang who do not report to other gang officials are required to report to her. Previous "Godmother" Jerlaine Little, aka "Noni," was also arrested.

Brim has become somewhat of a celebrity alongside her longtime friend Cardi B, with more than 920,000 followers on Instagram the day of her arrest. Cardi B has posted about Brim to her millions of followers previously, saying in 2018 she was "proud of her" and outlining some of her previous run-ins with the law.

Cardi B has previously opened up about her past with the Bloods gang. She told GQ magazine she started hanging out with Bloods when she was 16 and members urged her to join.

But she said feared for her future when it became understood that being in a gang was a "lifelong commitment." She said becoming a stripper at 19 helped her move away from a life of crime.