A 14-year-old New Jersey boy eager to express his patriotism has been standing on a street corner in front of his house with an American flag and a sign reading "Honk if you love the USA," and he says he'll continue to stand there until the fireworks go off on the Fourth of July.

Shpejtim Zenelej has been standing on the corner of Harold Avenue and Franklin Street in Rahway all day every day since Sunday, inspired to show his love for America after he saw reports of flag burning last week.

"It's the best country in the world," he said.

Zenelej was born in the U.S. but his parents are from Kosovo. He said he's been to the republic and knows how fortunate his life has been in America.

In recognition of Zenelej's efforts Thursday, Rahway put on an impromptu parade of police and other first responders. It only lasted a couple minutes, but "it was the best day of my life," the teen said.

The parade was organized by the mayor and some city employees during break and lunch times, with a hidden motive, according to Rahway Mayor Samson Steinman.

"There's people that are deplorably trying to hang onto the Confederate flag," he said. "He's reminding them there's only one flag in the U.S.A. It has the colors red, white and blue." 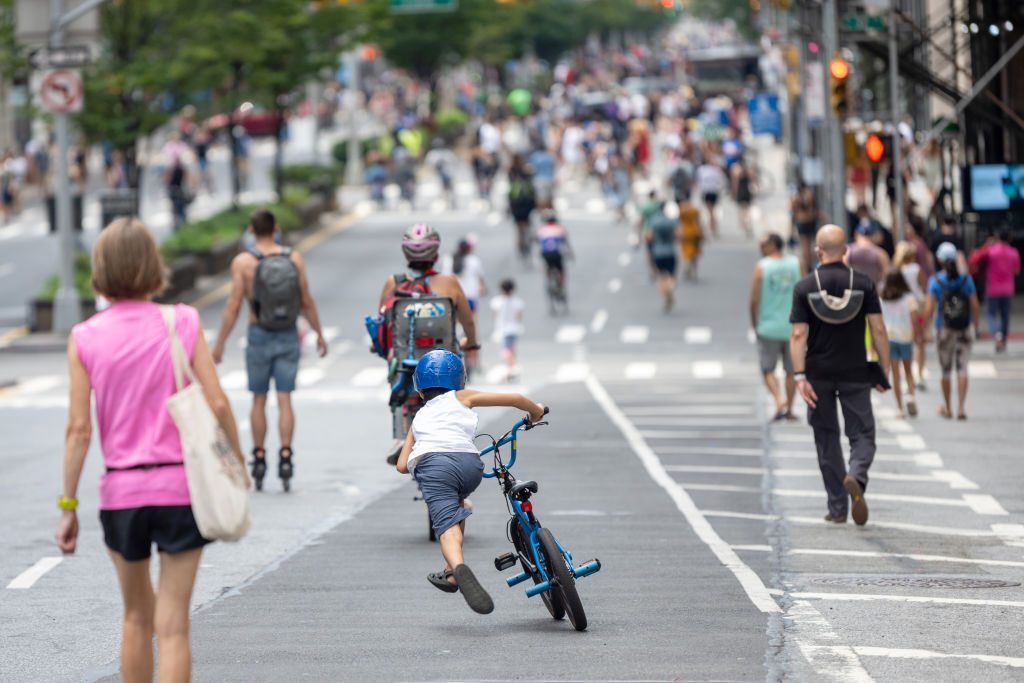 NYC Summer Streets Is Back Tomorrow. Here's the Full List of No-Gos for Cars

The boy's parents say they're very proud of their son, whom they characterized as "14 going on 40."