The NYPD will still roll out heavy weapons teams, explosive-sniffing dogs, drones and sand trucks, but it has planned a drastically scaled-back presence in Times Square, including an 80 percent reduction in its typical workforce assigned to the area

But the department’s playbook included an unusual mandate this year: preventing crowds of any size from gathering in Times Square.

Citing concerns over the spread of COVID-19, police closed the Crossroads of the World to vehicles and pedestrians at midnight and dispersed onlookers venturing into a so-called “frozen zone” — the blocks surrounding the ball that historically draw shoulder-to-shoulder crowds. 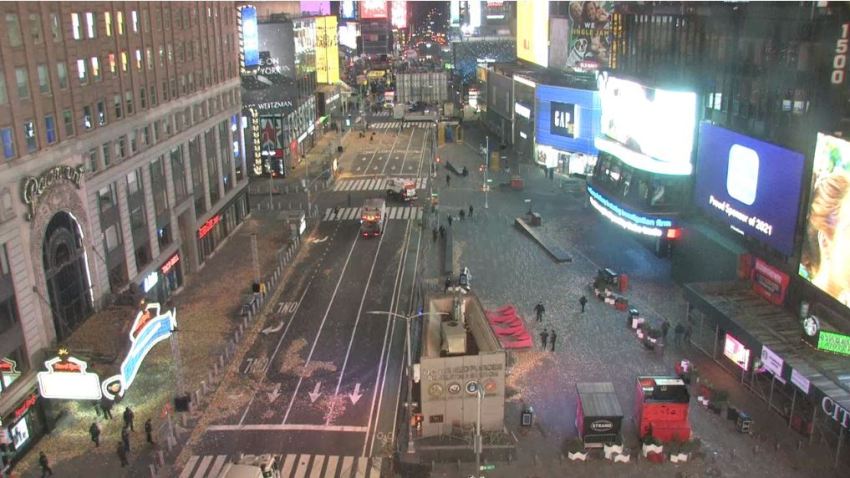 See What It Looks Like in Times Square Right Now, After the Ball Drop 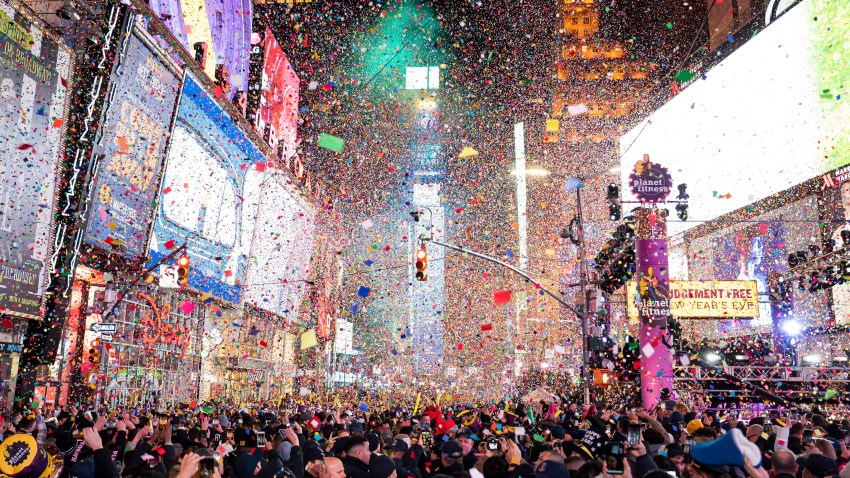 After a Year Like This, Expect a Strange New Year's Eve

The result, in the waning hours of 2020, was a Times Square that felt eerily empty. Police Commissioner Dermot Shea described the scene as “surreal.”

“It makes me a little bit sad,” said Cole Zieser, who recently moved to New York City. “It’s just not going to be what we wanted, what everyone dreams about in New York.”

The coronavirus has upended public life for months, and New Year’s Eve will be no different. This year, police said, revelers headed to Times Square won’t be permitted past police lines.

“If you think you’re going to be able to stand there and watch the ball, you’re mistaken,” Chief of Department Terence Monahan said, referring to the glittering, crystal ball that descends down a flagpole in Times Square each New Year’s Eve to mark the stroke of midnight.

“I cannot wait to get started” turning the page on a year when New York became an epicenter of the pandemic in spring, the mayor said. The city has counted over 25,000 deaths blamed on the virus.

Our New Year's Eve celebrations will be more subdued this year due to the pandemic. News 4's Katherine Creag reports from Times Square.

The NYPD announced a two-part freeze that became more expansive after 3 p.m. Even guests at five hotels in the area have been told to stay inside.

“It’s dead,” said Ali Jameel, who owns a store a block from Times Square. “We are dreaming for it to come back again like before.”

Juanita Holmes, chief of patrol for the NYPD, urged would-be partygoers to ring in 2021 “from the comfort of your home.”

“Coming to Times Square is a family tradition for some. It is a bucket list item for others. But this year is different,” she said. “I can’t emphasize enough how important it is for everyone to stay home.”

Times square will be closed on New Years Eve, but the city is still preparing, Myles Miller reports.

The Police Department will still roll out heavy weapons teams, explosive-sniffing dogs, drones and sand trucks. But it has planned a drastically scaled-back presence in Times Square, including an 80 percent reduction in its typical workforce assigned to the area.

“We always have to prepare for the worst in terms of counterterrorism overlays,” Shea said, “but the crowds will not be like they were in other years.”

This year’s celebration will unfold without the usual throngs of cheering, kissing revelers. Indeed, the event’s special guests, first responders and essential workers, were expected to watch the festivities from a private, well-spaced area.

“It’s almost like a ‘Seinfeld’ episode,” Shea said, invoking the 1990s “show about nothing.”

“This is a ball drop about nothing, where you can’t see,” he said, “so you may as well stay home.”