Washington Square Park was the site of another crowded gathering Friday night that saw groups of young people singing and dancing into the early morning hours of Saturday.

Images of the nighttime partying show some in attendance wearing masks and practicing social distancing, but many others were not. NYPD officers stepped in around 1:30 a.m. to disperse those still lingering within the park. 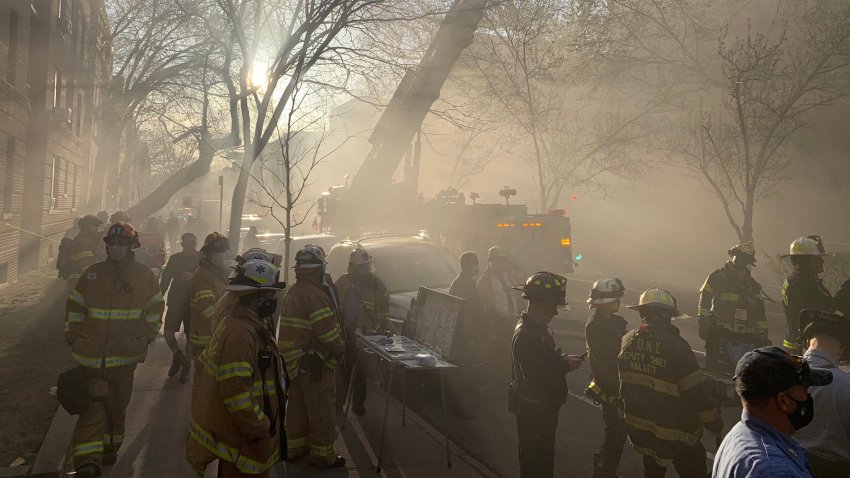 It's unclear how many in the crowd were NYU students back for the fall semester but a similar party in last week drew the attention of Gov. Andrew Cuomo and NYU officials. At least 30 students have already been suspended by NYU for violating COVID protocols.

The school sent a letter to students Friday saying in part, "We know how smart and caring out students are and that none of you want to intentionally put the larger NYU community and our NYC neighbors at risk. So avoid gatherings where people aren't wearing masks or distancing. Stay vigilant."

But hours after that letter was sent, the Friday night party got underway. At least one student at nearby NYU said she doesn't like what she sees.

"I do feel bad for the freshmen that it's hard for them to make friends. But this behind us is not the answer to that," Megan Trout said.

NYU released another statement on Saturday expressing its concern about another weekend night of raucous partying said reports "suggest it was less crowded" than the previous weekend. The university also said its unclear how many in attendance have an affiliation to the school.

"This is what happens when you try and tie people down and hold them down, people find a way to do it," said NYU graduate James Delano.

Public Health Ambassadors from the school will be deployed as park entrances to hand out masks and other PPE. NYU said it hopes "the City will also deploy personnel to address events inside the Park."