The pair have altered subway signs to honor Aretha Franklin, David Bowie and Prince after their recent deaths, and the initial tribute to the Brooklyn-born Supreme Court Justice was taken down within 24 hours

For a while over the weekend, some subway passengers pulling into the 50th Street station on Eighth Avenue might have been a bit confused — but they also might have cracked a small smile.

Adrian Wilson and Matt Duncan are the artists behind the subtle display honoring the pioneering woman. They took great pains in changing the numbers into letters, in order to make the finished product look seamless and nearly real. 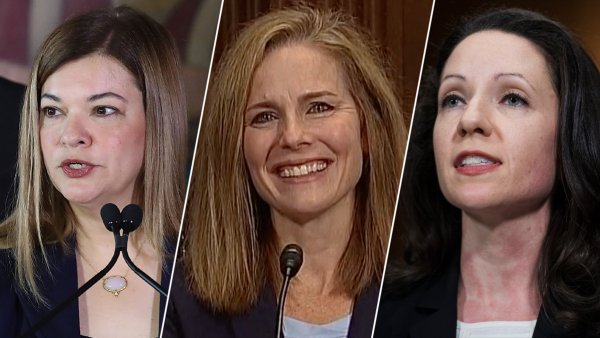 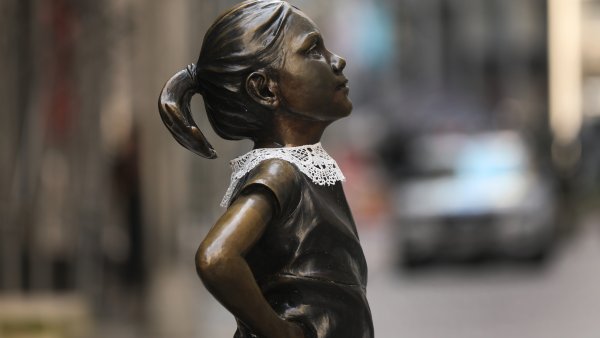 "She was somebody with dignity," said Wilson. "This woman deserves a tribute the way she behaved and acted."

"I just lay it out in a grid and then I actually use little pieces of blue tape to do the letters, and then we go back and forth," said Duncan.

The duo has done several other tributes in the subway to notable figures who have died in recent years, always using adhesive so it's easy to take down. They said they don't want to create an unnecessary hassle for MTA workers, although Duncan and Wilson said they wished the transit agency would keep the tribute up longer. The initial tribute was taken down 24 hours after it was put up.

"When I put it up, it was immediate. And I would see people stop and like, this is so great," said Duncan.

"I know people will say it's vandalism, it's taking away resources from the MTA, it's a sticker, it's not permanent, et cetera," said Wilson. "But it's something done out of the love of New York and the person to commemorate."

The pair have altered subway signs to honor Aretha Franklin, David Bowie and Prince. On Monday night, they did another tribute to Ginsburg again at the 50th Street station, with some tape and some marker.

Most passengers didn't see the harm in the display, saying there are bigger things to worry about and it's a city-specific way to honor an icon.

"It's very NYC, it's cool to see people kind of altering the things that they know," said Jesse Moldovsky.

Wilson said he's glad that their work gets noticed and appreciated, saying that was the whole point.

The MTA said it had no comment on the display.

President Donald Trump says he expects to announce his pick for the Supreme Court on Friday or Saturday, after funeral services for Ruth Bader Ginsburg. Melissa Russo reports.