Delgado, 45, will be Gov. Kathy Hochul's running mate in this year's gubernatorial election after being sworn in for the largely ceremonial role in the administration

Delgado, who identifies as Afro-Latino, is taking on the largely ceremonial role in the administration of Gov. Kathy Hochul, who selected him for the job. It was previously held by Brian Benjamin, who resigned following his arrest in April for federal corruption charges, which he has denied.

Delgado, 45, will also be Hochul's running mate in this year's gubernatorial election. 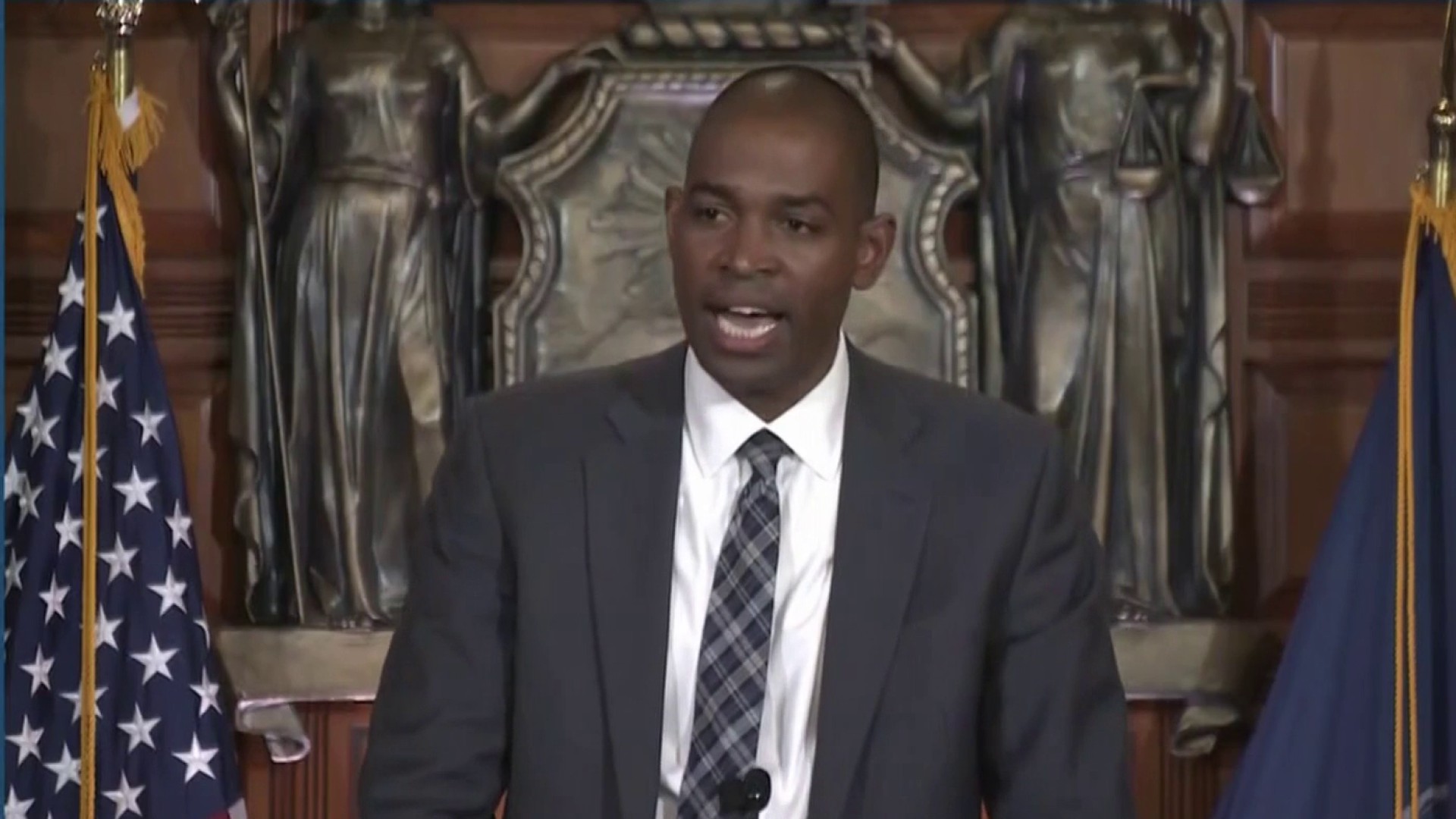 Hochul, speaking at a ceremony in New York City before Delgado was sworn into office, said he shares her views of what it means to be a public servant.

“It means being a good listener, but not just listening to people’s concerns passively, but translating those concerns into real action. That’s when public service manifests itself and achieves its full potential,” she said.

Delgado, who was joined by his wife and twin 8-year-old sons at the ceremony, gave a short speech in which he said his “path to politics was not meticulously plotted out.”

He is a Rhodes Scholar who, after earning a Harvard law degree, pursued a rap career before becoming a litigator at a New York City law firm.

“I heard some chuckles out there,” he said as he recounted his foray into hip hop. “I followed my heart. Like I’m doing now.”

He said that though he spanned two different careers, in two very different environments, a diversity of experience will help him bridge divides.

“As leaders we need to listen and work hard and find common ground and be effective. That's my commitment," he said.

He spoke about the shooting at an elementary school in Texas on Tuesday and said nothing was being done on the national level to protect children like his from gun violence, and he said America was at a moment where too many lives and the foundation of democracy were at stake.

“The very fabric of our nation is on the line," he said.

The two-term congressman represented the Hudson Valley and the Catskills and was the first person of color representing upstate New York in Congress. He had campaigned for the U.S. House on universal access to Medicare, creating good jobs and eliminating tax loopholes for the rich.

Delgado's move to leave Congress and join Hochul's administration comes in an election year in which the state's congressional maps were redrawn as part of the decennial redistricting process.

The timing sets up a dual-track process to replace Delgado, in which a special election would be held for his sprawling House seat, New York's 19th Congressional District, on Aug. 23, with the winner holding office for the rest of the year.

But that same day, the state will hold primary elections for Congress under the new political maps, which shifted boundaries and political matchups throughout the state.

That has left some quirks in campaigning, like Ulster County Executive Pat Ryan, a Democrat, who announced he will seek to win the Aug. 23 special election for the 19th District, but on the same day, compete in a Democratic primary for the 18th District.

Delgado grew up in Schenectady and lives in Rhinebeck.