The expansion of Hasidic communities in New York's Hudson Valley, the Catskills and northern New Jersey has led to some anti-semitic rhetoric

For years, ultra-Orthodox Jewish families pushed out of increasingly expensive Brooklyn neighborhoods have been turning to the suburbs, where they have taken advantage of open space and cheaper housing to establish modern-day versions of the European shtetls where their ancestors lived for centuries before the Holocaust.

The expansion of Hasidic communities in New York's Hudson Valley, the Catskills and northern New Jersey has led to predictable sparring over new housing development and local political control. It has also led to flare-ups of rhetoric seen by some as anti-Semitic.

Now, a pair of violent attacks on such communities, just weeks apart, worry many that intolerance is boiling over.

On Dec. 10, a man and woman killed a police officer and then stormed into a kosher grocery in Jersey City, fatally shooting three people inside before dying in an hours-long gunfight with police. The slayings happened in a neighborhood where Hasidic families had recently been relocating, amid pushback from some local officials who complained about representatives of the community going door to door, offering to buy homes at Brooklyn prices.

And on Saturday, a man rushed into a rabbi's home in Monsey, New York, during a Hanukkah celebration, hacking at people with a machete. Five people were wounded, including one who remained hospitalized Tuesday.

Two of the five victims have been identified as 71-year-old Yosef Neumann, whose family says he may not recover from the brutal stabbing and Shloime Rottenberg, Rabbi Rottenberg's son.

Federal prosecutors said the man charged in the attack, Grafton Thomas, had handwritten journals containing anti-Semitic comments and a swastika and had researched Hitler's hatred of Jews online.


At a meeting Monday hosted by U.S. Sen. Kirsten Gillibrand in Rockland County, where Monsey is, some Jewish leaders blamed inflammatory rhetoric on social media and from local elected officials for the rising threat of anti-Semitic violence.

Days after the killings in Jersey City, a local school board member there, Joan Terrell-Paige, assailed Jews as “brutes” on Facebook, saying she believed the killers were trying to send a message with the slaughter. "Are we brave enough to explore the answer to their message?" she asked.

A widely condemned political ad last summer created by a local Republican group claimed that an Orthodox Jewish county legislator was “plotting a takeover” that threatens “our way of life.”

“In the last few years in Rockland County I have seen a rise in hate rhetoric, and I was able to foresee it would end in violence,” said Aron Wieder, the legislator targeted in the video ad. “You have seen on social media where the Orthodox community has been called a cancer, leeches, people who don’t pay taxes. It has become normal and accepted to say derogatory and hateful things about Jewish people.” 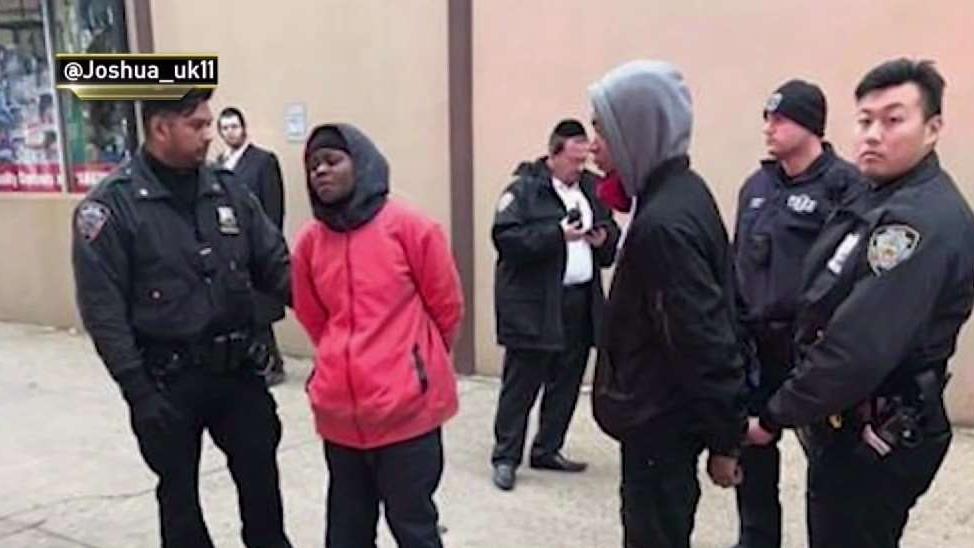 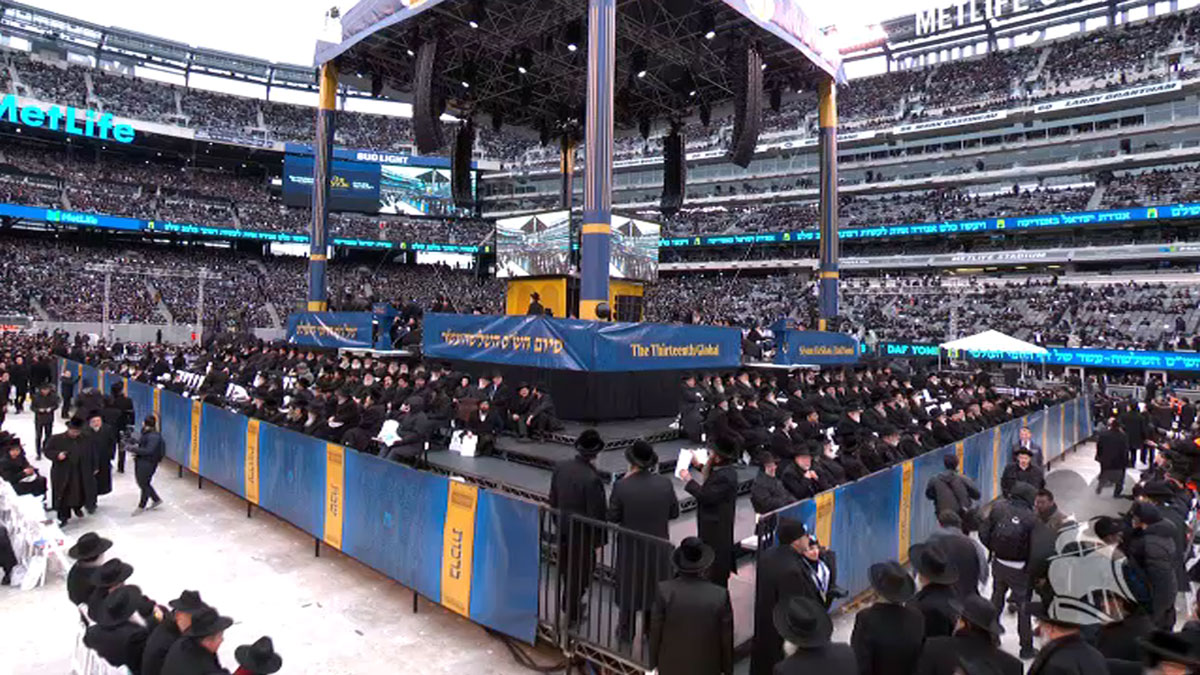 Swastikas have been scrawled around the county, and frightened parents are asking law enforcement for more visible security at synagogues and schools, Wieder said.

Bigoted messages have gone unchecked for years, said Rabbi Yisroel Kahan, administrative director of the Oizrim Jewish Council. He pointed to hateful comments on social media and false online rumors that have spilled over into everyday life.

"It has been tolerated for far too long," he said.

Hasidic families began migrating from New York City to suburban communities in the 1970s, hoping to create the sort of cohesive community some recalled from Europe.

Rockland County, 15 miles northwest of Manhattan, now has the largest Jewish population per capita of any U.S. county, with 31%, or 90,000 residents, being Jewish. The ultra-Orthodox population is highly visible in small towns like Monsey, where bearded Hasidic men in black overcoats and fedoras converse in Yiddish along the sidewalks and Orthodox women wear modest black skirts and head scarves as they go about their daily errands.

Yet the tone of the debates over growth in some areas where Hasidic families have been moving has been more intense.

In East Ramapo, there were legal fights after Hasidic voters, who generally do not send their children to public schools, elected a majority of members of the local school board.

In the small town of Chester, 60 miles north of New York City in Orange County, New York Attorney General Letitia James recently announced action to fight housing rules that she said were being used to improperly prevent an influx of Hasidic Jews. Local officials have denied anti-Semitism was behind opposition to plans to build over 400 homes in the town of 12,000 residents. 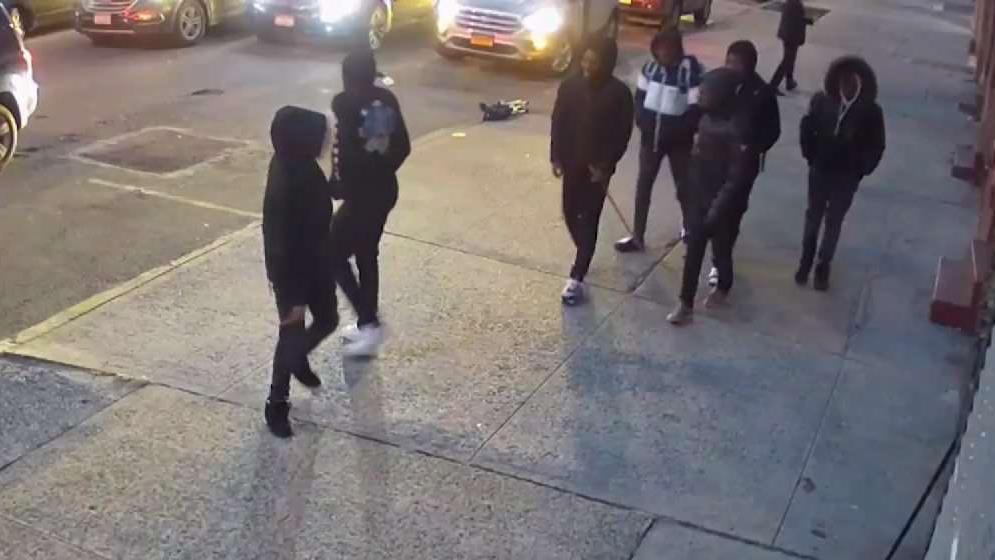 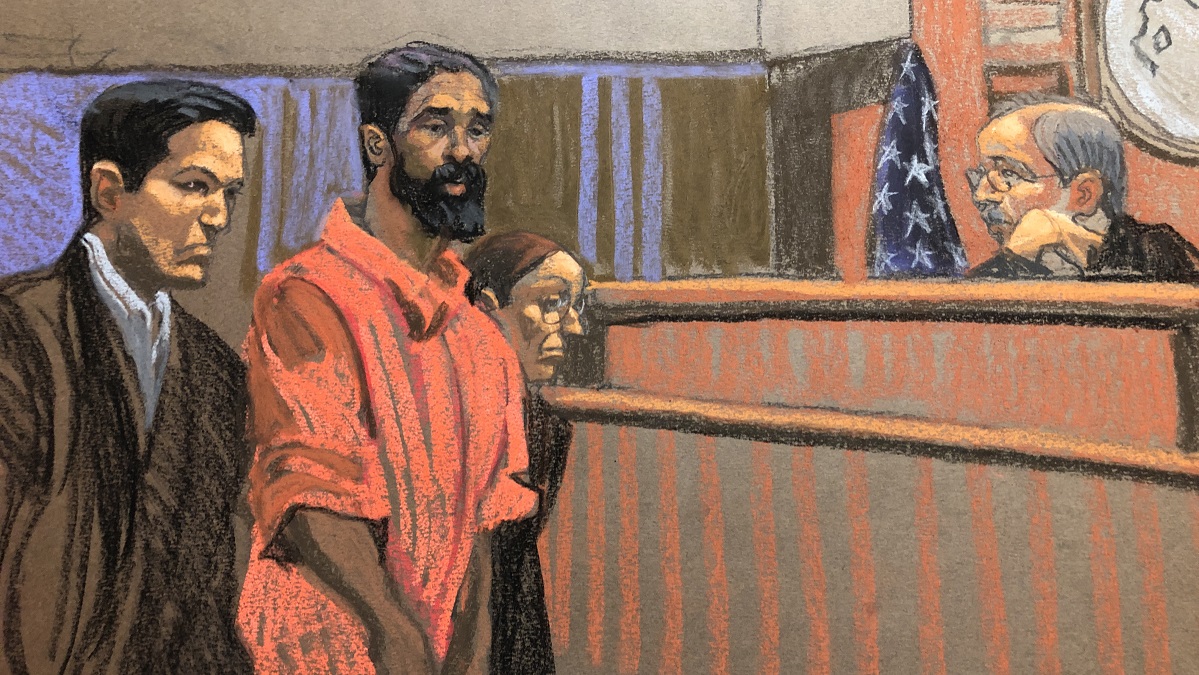 Rockland County Executive Ed Day said the arguments over housing density involve legitimate policy issues and are the biggest challenge when it comes to accommodating the growing Orthodox Jewish community.

The Orthodox community has special needs, he said, like housing for large families and residences within walking distance to a synagogue. That creates "demands that are counter to many of the communities they're residing in," Day said.

“Now the words start. Now the worst words continue. And this is where you have the problem,” Day said.

Whether any of that heated rhetoric was a factor in the recent violence is unclear.

Authorities haven't offered an explanation yet for what they think motivated the Jersey City attackers or Thomas to select their targets.

One of the men who fought back during last weekend's Hanukkah attack was honored for his bravery. Ida Siegal reports.

Thomas' lawyer and family have said he has struggled for years with mental illness and hadn't previously shown any animosity to Jews. He had grown up in New York City but was living with his mother in a small town about a 30-minute drive from Monsey.

Rabbi David Niederman, executive director of the Brooklyn-based United Jewish Organizations of Williamsburg, said he is offended by references to tensions over housing and population growth in discussions about the Monsey and the Jersey City attacks.

“If you have tensions, what you do is you sit down at a table; that's how you deal with tensions,” Niederman said. “You don't go out and murder people. You don't go out with a butcher knife and almost kill a whole congregation.”

Those violent attacks, he said, were motivated by “pure hatred."