Another Casualty of 2020: The Magic of the Snow Day

While it wasn't a real snow day for many kids in New York City, as the mayor said students couldn't afford to miss even more instruction time, superintendents in other places throughout the region thought differently — telling children to enjoy the day and "go build a snowman"

Even before the first flakes fell, New York City’s first big snowfall of the season was doomed to be a gloomy disappointment for more than a million of its schoolchildren.

COVID-19 has robbed a lot from children in 2020, and in many school districts in northern climes it is now stealing the magic of the snow day — waking up to find that school has been canceled and the day will be filled with snowballs and snow angels.

Mayor Bill de Blasio made it clear as the city began preparing for the storm that rolled through the region Wednesday and Thursday that students there — including ones still attending classes in person — would have to log in and work as usual.

Kids have lost too much instruction time already, he said, though he admitted to mixed feelings. 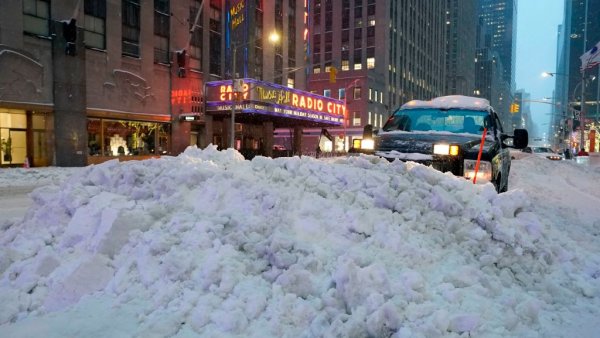 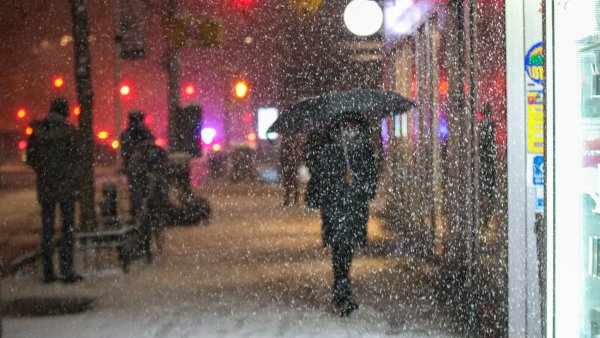 “As a parent — and I was a kid once myself — I have to say I feel a little sad that the snow day we used to all know may be gone because it’s really not going to be a day off if we have a snow day,” he said.

In Washington Township, New Jersey, students should keep turning their pajamas inside out, putting spoons under their pillows and flushing ice cubes down the toilet in hopes of swaying the snow gods.

It came down to wanting to encourage “the anticipation and the excitement and the wonderment that so many of us experienced as children — and it is those things that make snow days such memorable childhood events,” he said.

“Take pictures of your kids in snow hats they will outgrow by next year and read books that you have wanted to lose yourself in, but haven’t had the time,” Shay Gibson wrote on the district’s website. “We will return to the serious and urgent business of growing up on Thursday.”

Even before the pandemic, the idea of cancelling school in bad weather had been under threat as districts assigned students their own iPads and laptops that let them do lessons at home.

Districts in Vermont, Michigan, upstate New York and elsewhere floated the idea of doing away with snow days when they put together pandemic back-to-school plans that included either full- or part-time learning from home.

News 4's Andrew Siff takes a look at how the five boroughs weathered the big storm.

The debate is over whether it’s a break schools can afford amid worry that students are falling behind. School districts around the country are fretting over big jumps in the number of students failing classes and many teachers say it is harder than ever to get students to turn in their work.

Yes, kids are not getting enough instructional time. “But my kids are also kids,” said Rodrigues, whose five boys are between 7 and 13 years old. She said she intended to let her children have the day off, even if the school system went ahead with a day of remote learning.

“The first time we get a really big snow, you are crazy if you think I’m going to be able to get them to concentrate on remote learning,” she said. “We will catch up on what needs to be in their brains the day after.”

Rodrigues’ 8-year-old son, Daniel Lorenzo, said he expected to use some of his free time “to throw snowballs at my brothers.”

A timelapse shows a large amount of snow accumulate on a deck in Apalachin, N.Y.

Meanwhile, in Mount Laurel, New Jersey, schools will have remote school through the storm no matter how bad it is, to the disappointment of Carrie Rogers and her 8th-grade daughter.

“2020′s been rough on everybody, especially kids,” said Rogers, who worries snow days will be gone forever, even after in-person school resumes.

Heavy snow fell from Virginia, across Ohio and Pennsylvania and into New England on Wednesday and lasted in many places through the late morning Thursday, bringing as little as a couple of inches in some places and more than 2 feet in others.

If snow days go away, so would the fun of calling them, which some administrators have raised to a video art form.

A memorable one from last year had Swartz Creek, Michigan, Superintendent Ben Mainka and Principal Jim Kitchen in sunglasses, singing their closure announcement to the tune of “Hallelujah.” The chorus: “It’s a snow day, a winter cold day, stay home and just play, it’s a great family day.”

Vivett Dukes, a parent and public school teacher in New York City, said she has fond childhood memories of listening for her school to close as the snow piled up outside.

“Snow days are a part of our life. It’s something we look forward to. We’re listening out for the news report. Is our school closed? How many inches? It’s actually a form of bonding,” said Dukes, who teaches ninth-grade English at School of the Future.