43 Dead and Counting: What We Know About Ida's Victims in NY, NJ

Thirteen of the deaths were in New York City, including a 2-year-old boy, while 27 were confirmed in New Jersey, including at least four in Elizabeth; the names of the victims are beginning to be released

The so-called "remnants" of what was once Hurricane Ida turned disastrous for New York and New Jersey days after it made landfall in Louisiana as a catastrophic Category 4 storm.

As local and state officials work to recover their dead and begin overwhelming recovery efforts across the swamped metropolitan area, the death toll may climb.

As of Saturday afternoon, at least 43 deaths had been confirmed in and around New York City and New Jersey. Few victims have been publicly identified. Medical examiners will conduct autopsies to confirm causes of death, but most if not all of the fatalities are believed to be related to historic flooding.

Here's what we know about the victims so far:

Darlene Hsu, 48, was found in a flooded home along the Grand Central Parkway in Queens.

Roberto Bravo, 66, was discovered in a home on Brooklyn's Ridgewood Avenue by police responding to a 911 call about flooding late Wednesday.

A mother and son were both killed in basement flooding caused by the remnants of Hurricane Ida. Greg Cergol reports.

Phamatee Ramskriet, 43, and her son, 22-year-old Khrishah Ramskriet, were found late Wednesday in a basement apartment on 183rd Street in Queens. A wall had caved in and divers were said to have been sent in to retrieve their bodies.

Yue Lian Chen, 86, died in her 84th Street apartment in Queens. She was also found as cops responded to reports of flooding conditions late Wednesday.

A 2-year-old boy, Lobsanj Lama, his 48-year-old mother, Mingma Sherpa, and his father, 50-year-old Ang G. Lama -- were also found in a home on 64th Street late Wednesday as NYPD responded to reports of flooding conditions in the area.

Alan Dorsainvil, 33, of the Bronx was found in his vehicle Thursday in Mount Vernon, a city spokesperson said. Investigators say it appeared that Dorsainvil drove into deep water on South Columbus Avenue and he got trapped.

Samuel Weissmandl, 69, of Mount Kisco was found near Route 119 not far from where his car was submerged. Police say he called family late Wednesday to say he "was having difficulty in the storm."

Three unidentified victims -- two women and a man -- were discovered in a basement apartment on Queens' Peck Avenue shortly before noon Thursday.

One unidentified victim was confirmed by Mayor Bill de Blasio at a Thursday mid-morning news briefing. No other details on that person were provided.

One unidentified victim was confirmed by the NYPD later Thursday. No other details were immediately provided.

In Westchester County, one unidentified victim was found about a quarter-mile away from where an elderly Rye Brook couple's vehicle was discovered pinned against a utility pole at Lincoln Avenue and Brookside Way in Purchase Thursday. Police are still searching for the other individual. 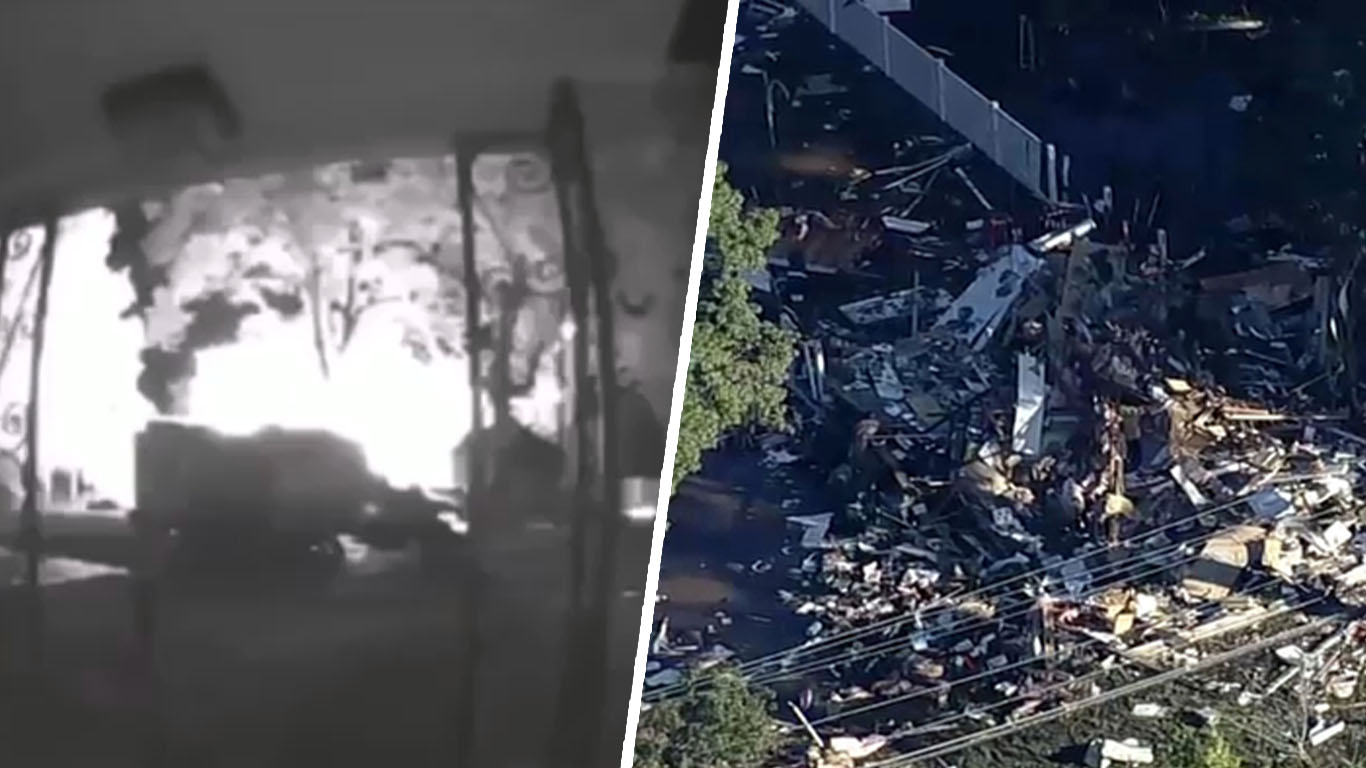 Four unidentified victims were found in Elizabeth's Oakwood Plaza Apartments complex, a spokeswoman for the city said. Those included three family members -- a 72-year-old woman, her 71-year-old husband and their 38-year-old son -- as well as a 33-year-old neighbor.

One unidentified victim was confirmed in Passaic County amid rising floods. At least two others were said to have been missing.

Twenty-two other unidentified victims were confirmed by state and local officials, though no details on where they were found or the circumstances were provided.