Marfan syndrome is a genetic disorder of the connective tissue (the material that holds together the various structures of the body). It affects the formation and functioning of the heart valves, blood vessels, lungs, kidneys, eyes and skeleton.

Externally, Marfan is identified by a set of characteristics, including abnormal height, unusually long fingers, possible curvature of the spine and an off–center lens of the eye. Internally, Marfan syndrome patients have a larger and more fragile aorta, the main artery carrying oxygen–rich blood from the heart to the rest of the body. As a result, patients may develop a number of heart–related conditions, including an aortic aneurysm, aortic dissection, aortic regurgitation, and/or mitral regurgitation.

Over the last three decades, the average life expectancy of Marfan patients has almost doubled, to just over 61 years of age. This increase is primarily due to better diagnostics and more aggressive management of the condition. Patients with Marfan should stay in close contact with a team of healthcare professionals, including a cardiologist (heart specialist) and an ophthalmologist (eye) surgeon. Certain tests may be performed yearly to make sure the aorta is not weakening. If it is, surgery may be recommended.

Also, Marfan syndrome patients are encouraged to speak with a physician and a genetic counselor before making a decision about whether or not to conceive a pregnancy. 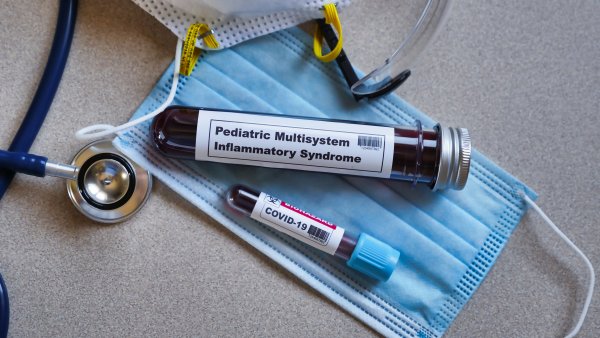 About Marfan syndrome
Marfan syndrome is a genetic disorder of the connective tissue (the material that holds together the various structures of the body). The syndrome affects the formation and functioning of the heart, blood vessels, lungs, kidneys, eyes and skeleton. Named for the French pediatrician who first described it in 1896, Marfan syndrome may affect males or females of any ethnic origin.

The condition is caused by a defect in a gene that controls the production of fibrillin (a protein found in connective tissue), causing the tissue to weaken or stretch. About three quarters of Marfan syndrome cases occur through an autosomal dominant mode of inheritance. This means that only one parent need have Marfan syndrome to pass the disorder on. For example, if one parent (male or female) has Marfan syndrome, there is a 50 percent chance that each pregnancy will produce offspring inheriting the syndrome, and a 75 percent chance if both parents have Marfan syndrome. About one third of Marfan cases arise spontaneously, from two unaffected parents, due to a mutation in either the egg or sperm. These spontaneous cases are typically associated with a more severe form of the syndrome.

The estimated incidence of Marfan syndrome is between 1 in 10,000 and 1 in 20,000. Approximately 40,000 Americans are diagnosed with the condition each year.

Although many cases of Marfan do not exhibit symptoms until later, the form of the disorder that manifests itself during childhood tends to be more severe. Among these children, the aorta, which is responsible for carrying blood from the heart to the rest of the body, may have structural abnormalities. The most common is a dilated aortic root, or an expanded section where the aorta connects to the heart. This condition tends to get worse over time and may result in a number of complications, including:

In recent years, physicians have made great strides forward in the treatment of Marfan patients. Although there is no cure for the underlying genetic defect, Marfan patients are closely monitored to see if their condition is deteriorating. If the aorta becomes too enlarged, preventive surgery may be recommended. Other aggressive treatment options have helped to push the average lifespan of Marfan patients over 60 years. Life expectancy is longer among women than men.

Signs and symptoms of Marfan syndrome
Connective tissue plays an important role in fetal development, growth after birth, the cushioning of joints and the passage of light through the eyes. Some patients have symptoms that are so mild that few to no symptoms are noticed. Other patients may experience a wide variety of symptoms, including those of an underlying heart condition (e.g., shortness of breath, irregular pulse, and fatigue). Signs of Marfan syndrome include:

Diagnosis methods for Marfan syndrome
In 1991, scientists identified the altered gene that causes Marfan syndrome. The gene is located on a region of chromosome 15 and known as the fibrillin–1 (FBN–1) gene. Most patients with Marfan exhibit a mutation of this gene. Some, however, do not, and another gene has been implicated in those cases of Marfan.

Although researchers have located the genetic mutation associated with Marfan, there is no screening test that can conclusively diagnose Marfan. This is because the gene involved is also associated with many other inherited disorders of the connective tissue. These include Beals syndrome, Ehlers–Danlos syndrome, Hajdu Cheney syndrome and Stickler syndrome. To complicate matters further, the syndrome manifests itself differently in each patient, meaning that expensive prenatal genetic testing is a poor indicator of the severity of the resulting Marfan syndrome.

Because symptoms of the syndrome may not become apparent until adulthood, it is vital that parents with Marfan have their children checked regularly for signs of the disease. In newborn infants, an evaluation would include:

This newborn evaluation can help to diagnose Marfan early. However, signs and symptoms may develop over time, so periodic re–evaluations are recommended.

In addition, patients may need to adapt their lifestyles to reduce the stress on the aorta. This may include:

Because of the complexity of Marfan syndrome, patients may need to see a variety of specialists to treat the different components of the syndrome. Careful monitoring is critical for Marfan syndrome patients so that any conditions that develop, such as an aortic aneurysm, can be treated immediately. Research has found that Marfan syndrome patients who need emergency surgery to repair an aortic aneurysm have a mortality risk eight times greater than patients who had the surgical repair done early and electively. Thoracic aortic aneurysms often have no symptoms until they become life–threatening but can be caught early through periodic echocardiograms or, preferably, through a transesophageal echocardiogram (TEE), and CAT scans with contrast of the heart.

The size of the patient's aorta at the time of pregnancy is an important risk indicator. Marfan patients with a normal aorta have a moderate mortality risk, while patients with an abnormal aorta are at high risk. Patients with an aortic diameter less than 4 centimeters (40 millimeters, or about 1.6 inches) generally tolerate pregnancy well. However, there is a 50 percent mortality rate for pregnant women with Marfan syndrome with an aorta diameter greater than 4 centimeters. Marfan patients are advised to assess childbearing risks with a physician and genetic counselor prior to pregnancy.