With the help of some hospital staff, the wedding — complete with a cake, bouquet, decorations and even a unique wedding favor — was finally able to happen

It's not the type of gown typically seen worn at hospitals, but for a New York couple, it was one way to make the best of a difficult situation.

But right before they were set to get married, another curveball came their way. 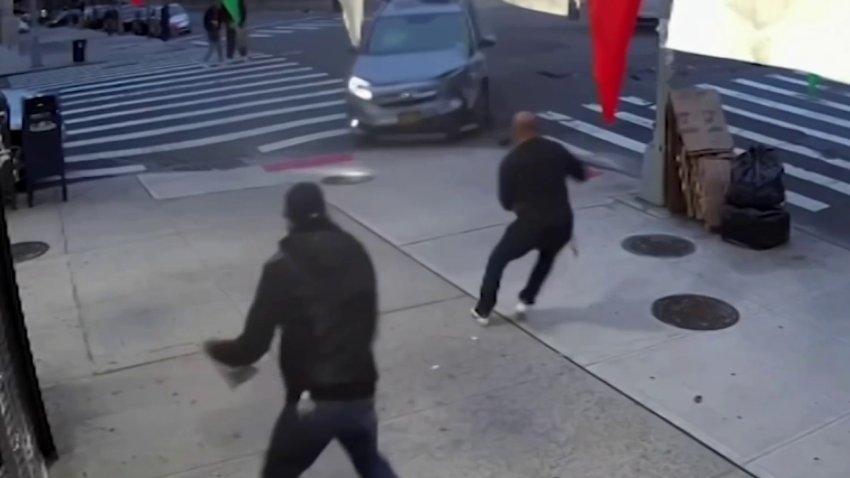 No More Social Distancing? CT to Ditch All COVID Rules But One as NY Eyes More Crowds

"Ron ended up having some scary symptoms the day before the wedding," Lisa said. Ron said they came about at the Yorktown couple's rehearsal dinner.

Thankfully, tests for a stroke came back negative. But after already having delayed the wedding, Ron was determined to marry Lisa.

"He just kept saying, 'I wanna go home. We have to get married and I'm not waiting any longer,'" Lisa said.

Also determined to make it happen was the staff at New York Presbyterian Hudson Valley Hospital, putting together a wedding in just a matter of hours.

"They went outside and picked flowers from outdoors and decorated the whole room," Ron said.

Not even the wedding favors were skipped, as a framed printout of Ron's heart monitor chart served that role.

"She said would you like to have a memory of the moment he said I do?" Lisa said. "I got his heart rate and everything here. It was elevated."

"She still makes me skip a heartbeat from time to time," Ron said.

The couple's kids shared in the moment as their virtual wedding party, in a ceremony the couple says they'll cherish forever.

"Making this joy out of this scary time, it meant the world to us," said Lisa. "We will never forget what they did for us."