President Donald Trump on Monday said he is taking the malaria drug hydroxychloroquine to prevent symptoms should he get coronavirus. The drug has not yet been proven to be effective.

The Food and Drug Administration has warned against the drug combo and said hydroxychloroquine should only be used for coronavirus in formal studies.

The news comes as the U.S. reached a grim milestone of 1.5 million cases and 90,000 deaths from the coronavirus on Monday, according to Johns Hopkins University. However, in a hopeful sign, an experimental vaccine showed encouraging results in very early testing with hoped-for immune responses triggered in eight healthy, middle-aged volunteers.

Study volunteers given either a low or medium dose of the vaccine by Cambridge, Massachusetts-based Moderna Inc. had antibodies similar to those seen in people who have recovered from COVID-19.

The results have not been published and are only from the first of three stages of testing that vaccines and drugs normally undergo. U.S. government officials have launched a project called “Operation Warp Speed” to develop a vaccine and hopefully have 300 million doses by January.

Worldwide, about a dozen vaccine candidates are in the first stages of testing or nearing it. Health officials have said that if all goes well, studies of a potential vaccine might wrap up by very late this year or early next year. 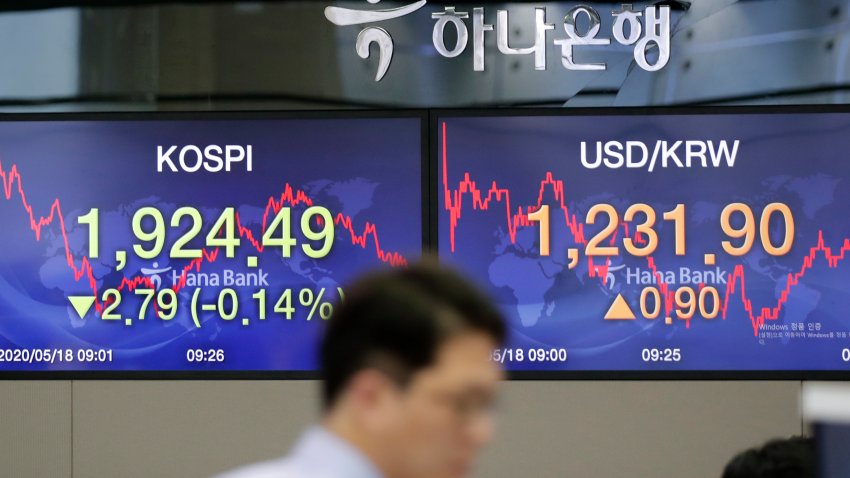 Asian Stocks Up on Hopes for Vaccine and Economies Reopening 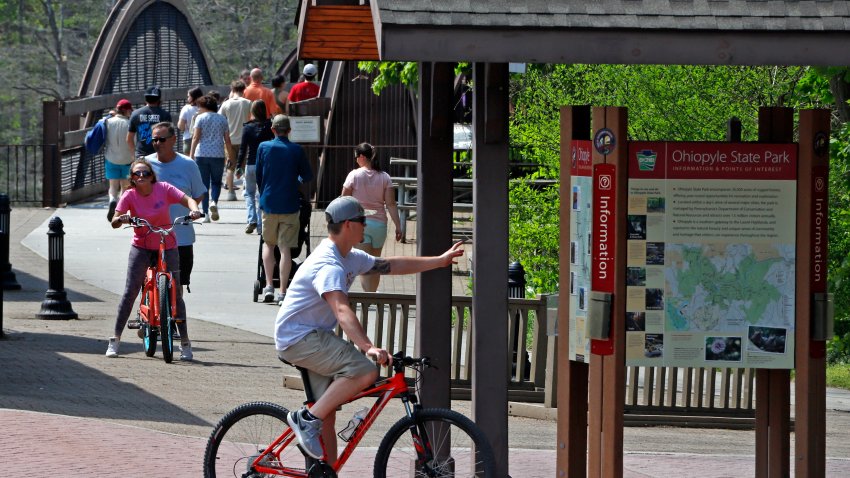 President Donald Trump said Monday that he is taking a malaria drug to protect against the new coronavirus, despite warnings from his own government that it should only be administered for COVID-19 in a hospital or research setting due to potentially fatal side effects.

Trump told reporters he has been taking the drug, hydroxychloroquine, and a zinc supplement daily “for about a week and a half now.” Trump spent weeks pushing the drug as a potential cure or prophylaxis for COVID-19 against the cautionary advice of many of his administration's top medical professionals. The drug has the potential to cause significant side effects in some patients and has not been shown to combat the new coronavirus.

Trump said his doctor did not recommend the drug to him, but he requested it from the White House physician.

"I started taking it, because I think it’s good," Trump said. "I’ve heard a lot of good stories.”

The White House physician, Dr. Sean Conley, said in a statement released through the White House press office that, after “numerous discussions” with Trump about the evidence for and against using hydroxychloroquine, “we concluded the potential benefit from treatment outweighed the relative risks.”

“I would rather he not be taking something that has not been approved by the scientists, especially in his age group, and in his, shall we say, weight group: ‘Morbidly obese,’ they say,” Pelosi said.

The Food and Drug Administration warned health professionals last month that the drug should not be used to treat COVID-19 outside of hospital or research settings, due to sometimes fatal side effects. Regulators issued the alert for the drug, which can also be used to treat lupus and arthritis, after receiving reports of heart rhythm problems, including deaths, from poison control centers and other health providers.

Trump dismissed reports of side effects, saying, “All I can tell you is, so far I seem to be OK.”

Cuomo said it gave him "peace of mind" to know he did not have the virus, which causes COVID-19. The governor has been encouraging more New Yorkers to get tested, saying the state has been conducting about 5,000 tests a day even though it has the capacity to do 15,000. Overall, New York has tested 7.1 percent of its population, nearly double the percentage of the tested U.S. population and more per capita than anywhere in the world, NBC New York reported.

Summer camps are likely to open across the country but with many changes in response to the coronavirus pandemic.

Tom Rosenberg, president and CEO of the American Camp Association, and Paul McEntire, the COO of YMCA, appeared on TODAY Monday to outline a new industry guide of best practices for how camps should operate this summer.

The YMCA runs about 10,000 day camps and McEntire said he expected most will operate in compliance with state and local guidance.

Other changes include the regular cleaning of all outdoor equipment, providing campers with their own equipment for the duration of camp, physical distancing while swimming, and keeping activities confined to the same group of campers and instructors.

Campers could also expect two-weeks of temperature checks before the start of camp and COVID testing, where available.

The guidelines come after the Centers for Disease Control and Prevention last week said camps shouldn't reopen unless they evaluate employees and children daily for symptoms and potential past exposures to COVID-19.

Powell Says GDP Could Shrink More Than 30%, But He Doesn’t See Another Depression

The U.S. economy could shrink by upwards of 30% in the second quarter but will avoid a Depression-like economic plunge over the longer term, Federal Reserve Chairman Jerome Powell told "60 Minutes" in an interview aired Sunday.

The central bank chief also conceded that jobless numbers will look a lot like they did during the 1930s, when the rate peaked out at close to 25%.

However, he said the nature of the current distress coupled with the dynamism of the U.S. and the strength of its financial system should pave the way for a significant rebound.

Asked by host Scott Pelley whether unemployment would be 20% or 25%, Powell said, "I think there’re a range of perspectives. But those numbers sound about right for what the peak may be." Pressed on whether the U.S. is headed for a "second depression," he replied, "I don’t think that’s a likely outcome at all. There’re some very fundamental differences."

In a part of the interview that did not air, Powell said shrinkage of U.S. economic growth "could easily be in the 20s or 30s," according to a CBS transcript.

He said that growth could return in the third quarter.

Uber is launching a new set of features in its app that will check if drivers are wearing face masks before starting trips.

The move is an attempt from the firm to restore momentum in its core ride-sharing business as countries look to gradually start lifting their coronavirus lockdown restrictions.

The San Francisco-based company, which has been heavily impacted by shelter-in-place measures worldwide, will also invest $50 million to distribute supplies such as masks, hand sanitizer and disinfectant to drivers and couriers. Uber is partnering with Clorox in the U.S. and Unilever in Europe to provide the supplies.

"Self-certification is good but sometimes verification is really important," Sachin Kansal, senior director of product management at Uber, told reporters Wednesday over a Zoom call. "It is one thing for us to issue guidelines and requirements, but sometimes we have to enforcement those requirements."

Drivers and riders will both have the ability to cancel a trip if either of them aren’t wearing a face covering. Uber said it has already acquired 20 million masks and distributed 5 million of them to drivers.

Speaking to a crowd in Allentown, Pa., Thursday, President Donald Trump said, "You have to get your governor of Pennsylvania to start opening up a little bit. You have areas of Pennsylvania that are barely affected, and they want to keep them closed. You can't do that."

Many states across the U.S. are taking more steps Monday to reopen after weeks of stay-home orders forced businesses to shutter. Here's a list of those states and the new orders in place: