UN Calls for Scaling Up All Efforts to Confront Pandemic

U.S. President Donald Trump suspended funding to the World Health Organization earlier this month, accusing the U.N. agency of failing to stop the virus from spreading

The U.N. General Assembly approved a resolution Friday night calling for global action to rapidly scale up development, manufacturing and access to medicine, vaccines and medical equipment to confront the new coronavirus pandemic.

The Mexican-drafted resolution requests U.N. Secretary-General Antonio Guterres to work with the World Health Organization and recommend options to ensure timely and equitable access to testing, medical supplies, drugs and future coronavirus vaccines for all in need, especially in developing countries.

It reaffirms the fundamental role of the United Nations system in coordinating the global response to control and contain the spread of COVID-19 and in supporting the 193 U.N. member states, "and in this regard acknowledges the crucial leading role played by the World Health Organization."

U.S. President Donald Trump suspended funding to the World Health Organization earlier this month, accusing the U.N. agency of failing to stop the virus from spreading when it first surfaced in China, saying it "must be held accountable." But the United States did not block adoption of the resolution.

Under new voting rules instituted because the General Assembly isn’t holding meetings during the pandemic, a draft resolution is circulated to member nations. If a single country objects before the deadline, the resolution is defeated. Normally, assembly resolutions are adopted by majority votes or by consensus.

General Assembly President Tijjani Muhammad-Bande sent a letter to the 193 U.N. member states Monday night saying there were no objections to the resolution.

It calls on all countries "to immediately take steps to prevent ... speculation and undue stockpiling that may hinder access to safe, effective and affordable essential medicines, vaccines, personal protective equipment and medical equipment."

Co-sponsored by about 170 countries, the resolution also encourages all countries to work in partnership to increase research and funding for vaccines and medicine, and to strengthen international scientific cooperation to combat the coronavirus.

And it calls for stepped up coordination, including with the private sector, "towards rapid development, manufacturing and distribution of diagnostics, anti-viral medicines, personal protective equipment and vaccines."

The resolution is the second on COVID-19 approved by the General Assembly. 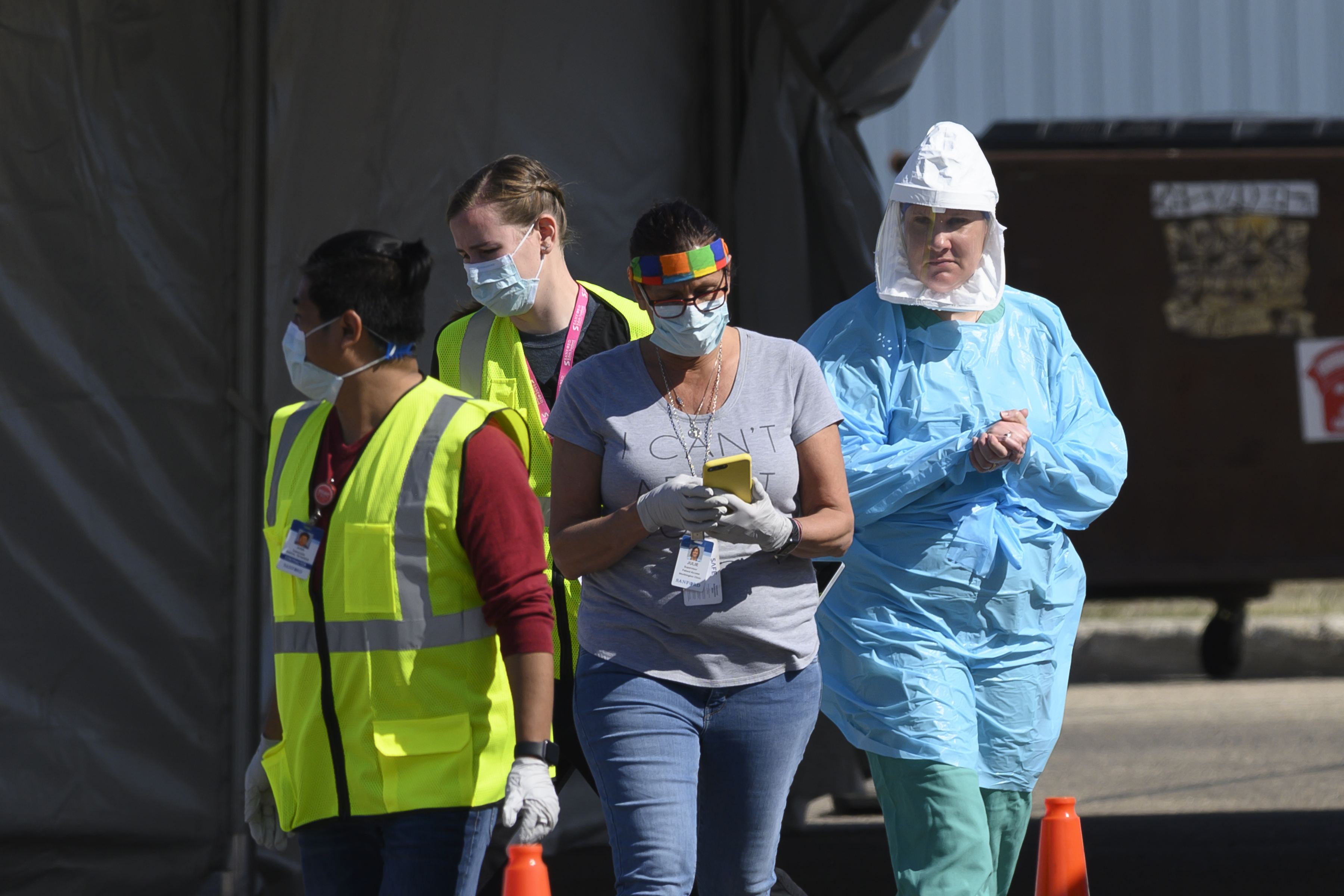 Some US Producers, States Reopening Amid Political Pressure

On April 2, the world body approved a resolution recognizing "the unprecedented effects" of the pandemic and calling for "intensified international cooperation to contain, mitigate and defeat" the virus.

The General Assembly has until noon EDT on Wednesday to consider two other draft resolutions on the coronavirus pandemic, one from Russia and the other from Saudi Arabia.

The original Russian draft resolution, which failed to win approval on April 2, called for abandoning trade wars and protectionist measures, and said no unilateral sanctions should be applied without approval from the U.N. Security Council. Diplomats said the European Union, United Kingdom, United States and Ukraine objected to it.

The revised Russian resolution being considered now expresses grave concern at "the negative impact of the spread of COVID-19 on public health and the global economy," and makes a commitment to pursue "coordinated and decisive actions aimed at defeating the pandemic, guided by the spirit of solidarity and international cooperation."

The revised draft drops the reference to unilateral sanctions, but welcomes the April 3 statement on COVID-19 by the Group of 77 and China — the main group of developing countries at the United Nations which now has 134 member states. That statement includes a call on the international community "to adopt urgent and effective measures to eliminate the use of unilateral coercive economic measures against developing countries."

Saudi Arabia currently chairs the Group of 20 major global economies and its draft welcomes their March 26 summit call for "effective and coordinated action" to fight COVID-19, and their statement "on injecting 5 trillion United States dollars into the global economy, as part of targeted fiscal policy, economic measures and guarantee schemes to counteract the social, economic and financial impacts of the pandemic."

General Assembly resolutions are not legally binding but do reflect world opinion. Some diplomats have expressed concern at the proliferation of proposed pandemic-related resolutions.

The more powerful 15-member Security Council, whose resolutions are legally binding, has not adopted a resolution since the pandemic began circling the globe.

President Donald Trump said Monday he would sign an executive order to temporarily pause immigration "in light of the attack" from the coronavirus.
Copyright AP - Associated Press