More Testing Sheds Light on How Virus Is Spreading in US

Negotiations on a bipartisan, emergency $7 billion to $8 billion measure to battle the virus are almost complete

An increase in testing for the coronavirus began shedding light Monday on how the illness has spread in the United States, including in Washington state, where four people died at a nursing home and some schools were closed for disinfection.

New diagnoses in several states pushed the tally of COVID-19 cases past 100, and New Hampshire reported its first case, raising the total of affected states to 11. Seattle officials announced four more deaths, bringing the total in the U.S. to six.

In Seattle, King County Executive Dow Constantine declared an emergency and said the county was buying a hotel to be used as a hospital for patients who need to be isolated. He said the facility should be available by the end of the week. 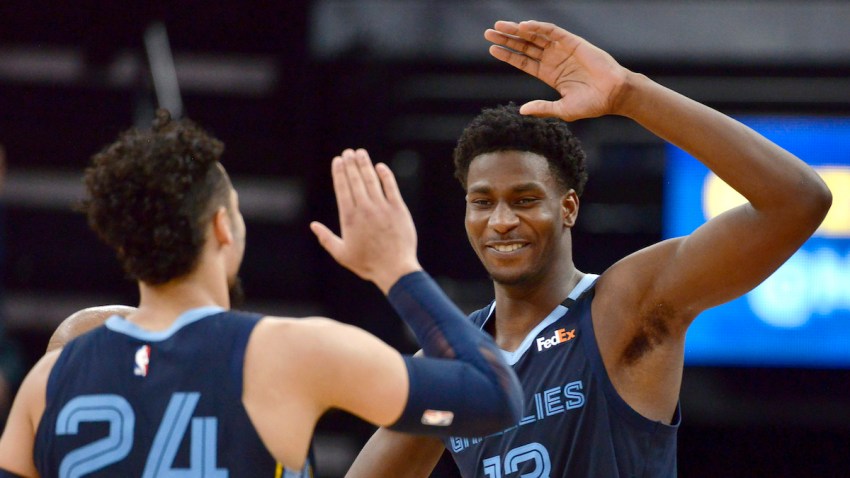 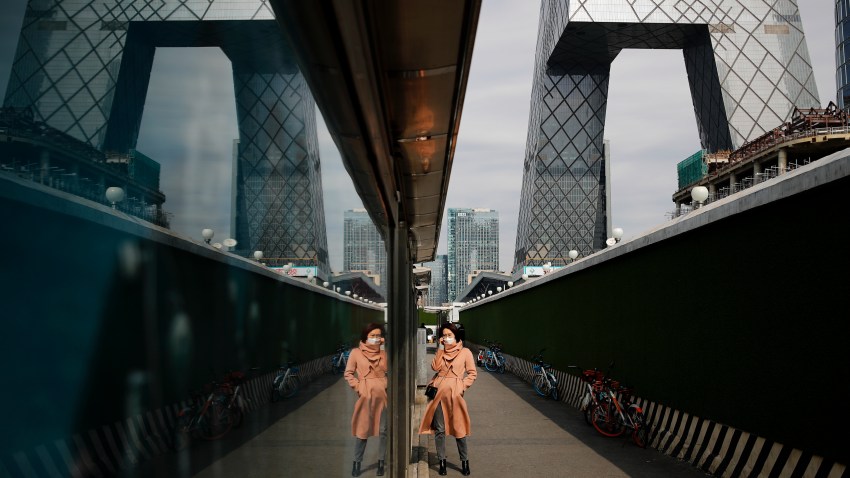 World Economy May Shrink Because of Virus, Watchdog Says

"We have moved to a new stage in the fight," he said.

Vice President Mike Pence met with the nation's governors and pledged to continue updating them weekly by teleconference. President Donald Trump met with pharmaceutical companies to talk about progress toward a vaccine.

The deaths at a nursing home in suburban Kirkland, Washington, were especially troubling to health care experts because of the vulnerability of sick and elderly people to the illness and existing problems in nursing facilities.

"It's going to be a disaster," said Charlene Harrington, who studies nursing homes at the University of California, San Francisco. Infection is already a huge problem in U.S. nursing homes because of a lack of nurses and training.

In Texas, tension between U.S. and local officials brewed over the planned release Monday of more than 120 ex-passengers of the Diamond Princess cruise ship in quarantine in San Antonio. Mayor Ron Nirenberg declared a public safety emergency in an attempt to continue the quarantine. He and other officials in San Antonio called for more lab testing of the passengers after one woman tested positive after release.

The Centers for Disease Control and Prevention said its case count includes 45 infections among people who were on the cruise ship, one more than previously reported. The count includes people who tested positive after returning from travel to outbreak areas in other parts of the world, their close contacts and infections that appear to be from community spread — people who did not travel or have known contact with other infected people.

The CDC recently broadened its guidelines for who should be tested for the new virus to include people with symptoms but without a travel history to virus hot zones.

More testing will bring more confirmed cases, experts said, but they cautioned that does not mean the virus is gaining speed. Instead, the testing is likely to reveal a picture of the virus' spread that was previously invisible.

In Seattle, schools and one skyscraper closed, but health experts cautioned that closures can have downsides.

On Monday, the F5 technology company said it was closing its 44-story tower in downtown Seattle after learning an employee had been in contact with someone who tested positive for coronavirus. The employee tested negative, but company spokesman Rob Gruening said the tower was closed as a precaution.

Fears of catching the coronavirus has halted global supply chains, from automobiles to wedding dresses to everyday items, as markets and manufacturing companies in China and other affected countries grapple with increasing caseloads of COVID-19. Although the CDC says the risk of contracting the coronavirus for the general public remains low, it also warns that this is an evolving situation.

More than 10 schools in the Seattle area were closed for deep cleaning over virus concerns, although the city-county public health department said it was not yet recommending longer-term school closures or cancellation of activities.

Closing schools and canceling large gatherings are what’s called social distancing, the idea that distancing people will reduce the spread of the illness.

The evidence for those steps is "not as strong as we would like it to be," Jennifer Nuzzo of the Johns Hopkins Center for Health Security cautioned Monday during a webinar.

Measures such as school closures have been used during flu outbreaks, but the new coronavirus isn’t acting exactly like flu. And such steps are not guaranteed to protect.

Closing schools also leaves health care workers, first responders and others without child care, making it difficult for them to come to work.

Trump and members of his Cabinet met at the White House with executives of 10 pharmaceutical companies to discuss ways to speed the development of a vaccine for the coronavirus.

There are no proven treatments for COVID-19. In China, scientists have been testing a combination of HIV drugs against the new virus, as well as an experimental drug named remdesivir that was in development to fight Ebola. In the U.S., the University of Nebraska Medical Center also began testing remdesivir in some Americans who were found to have COVID-19 after being evacuated from a cruise ship in Japan.

It's not clear how quickly such studies will answer whether any of the drugs help. Many patients recover without needing any treatment. The biggest concern is how to help the fraction who become severely ill.

The only thing spreading faster than the panic regarding COVID-19 virus may be the myths surrounding it, including how it spreads and what can be done to prevent from getting it. NBC New York’s Rana Novini reports.

Pence, who also attended the Monday meeting, said other meetings are being arranged with leaders of airlines and cruise ship operations.

On Capitol Hill, negotiations on a bipartisan, emergency $7 billion to $8 billion measure to battle the virus are almost complete, according to both Democratic and GOP aides. The measure appears on track to be unveiled as early as Tuesday, and the hope is to speed it quickly through both House and Senate by the end of the week.

The measure would finance both federal and state response efforts, fund the federal government’s drive to develop and produce a vaccine, and offer Small Business Administration disaster loans to help businesses directly affected by the virus crisis.

At the Pentagon, the chairman of the Joint Chiefs of Staff, Gen. Mark Milley, told reporters that the COVID-19 outbreak has had little impact on the U.S. military. "Right now the overall broad impact to the U.S. uniformed military is very, very minimal. That's not to say it's zero," he said.

China's Consulate General in Karachi on Thursday reiterated his country's efforts against COVID-19 and speculated that the outbreak may be over as soon as March.

U.S. Surgeon General Jerome Adams discussed the virus Monday during a stop in Connecticut, where he was touring the state public health laboratory.

Adams and state Public Health Commissioner Renee Coleman-Mitchell urged the public to take precautions such as washing hands, elbow “bumping” instead of handshaking and getting flu shots. They said flu shots would decrease the number of people hospitalized because of flu and free up space, if needed, to treat patients sickened by the coronavirus.