New York core COVID rates continue to make remarkable improvement from omicron's peak earlier this month, but they're still up dramatically from where they were just nine weeks ago, in mid-November

It's no secret why. COVID-19 hospitalizations are consistently trending down in New York, with the governor -- who identified that metric as most concerning to her when omicron-fueled cases started to skyrocket in December -- reporting a state total of 11,016 on Friday. That's down 12% from the omicron peak just 10 days ago.

The share of new COVID positive hospital admissions in the densest regions downstate -- New York City, Long Island and Mid-Hudson, which also have the highest adult full vaccination rates per capita in the state -- declined by 20% at minimum over the last seven days, Hochul said. Those three regions are fueling the overall statewide decrease (-20.8%) on that metric over the last three weeks.

Just two regions -- the Southern Tier and the North Country -- are seeing new COVID positive hospital admissions rise by at least 9% over the last week. Those happen to be the two least fully vaccinated regions as far as adults go. Hochul has said it appears upstate was about two weeks behind downstate on the omicron trend decline, so elective surgeries remain paused in some of the vulnerable spots.

But it might not be for too much longer. Hochul announced a major milestone on Friday: New York state's daily positivity rate fell below 10% Friday, marking the first time since Dec. 20 it was in the single digits. It peaked above 23% 19 days ago.

The seven-day case average is going down, too, Hochul said as she delivered her briefing from the renowned Brookhaven National Laboratory on Long Island.

As she quipped, you don't have to be a research scientist to understand these trends. New daily cases Friday stood at 28,296, down 69% from the all-time pandemic high of 90,132 set on Jan. 7. That's a remarkable drop in just two weeks and supports ever-strengthening evidence that the omicron case surge appears to be abating just as rapidly as it emerged, especially in higher-vaccinated areas.

"We have been waiting for this moment," Hochul said Friday. "We are finally trending in the direction we want to go, down -- and that is downward, downward, downward. It was just Nov. 26 when WHO actually gave a name to omicron."

Deaths, the ultimate lagging indicator, are still holding around their recent highs at 154. The highest daily fatality number the state saw during omicron's peak was 199, and the daily reports have hovered above 150 since then.

That metric, as relatively high as it has gotten recently, has remained mercifully below the 800 New Yorkers who were dying a day in April 2020, a testament to the range of tools, from vaccination to masks and testing, that weren't available then.

It comes a day after new COVID infection data released by New York showed in the clearest terms yet the across-the-board retreat of the omicron wave, with both breakthrough and unvaccinated rates plunging by half since the last weekly report, which marked the first time either dipped since omicron emerged in the state.

As encouraging as trends over the last week or so have been, Hochul says now is not the time to let one's foot off the gas. Not just yet.

"We are not letting our foot off the pedal until we can declare that we’re at a place that we can manage without all the restrictions we put in place -- but until then we do believe that everything we’re doing is making a difference," Hochul said. 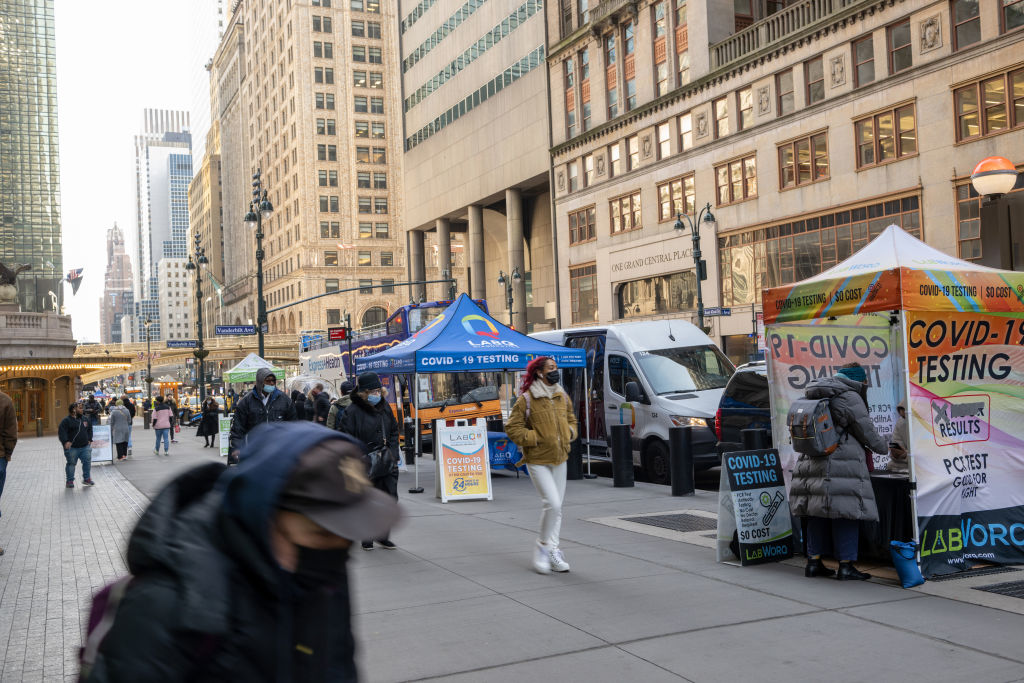 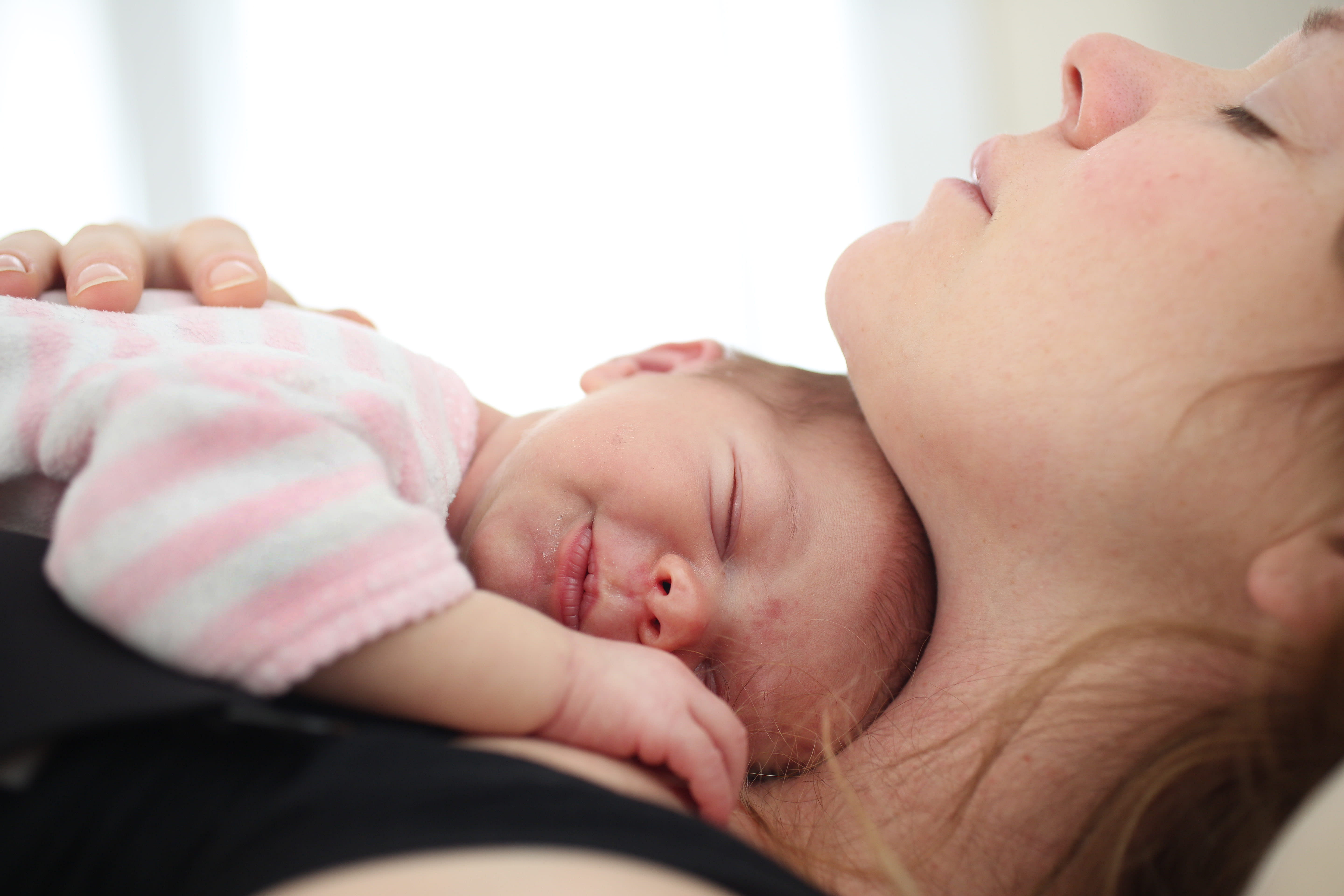 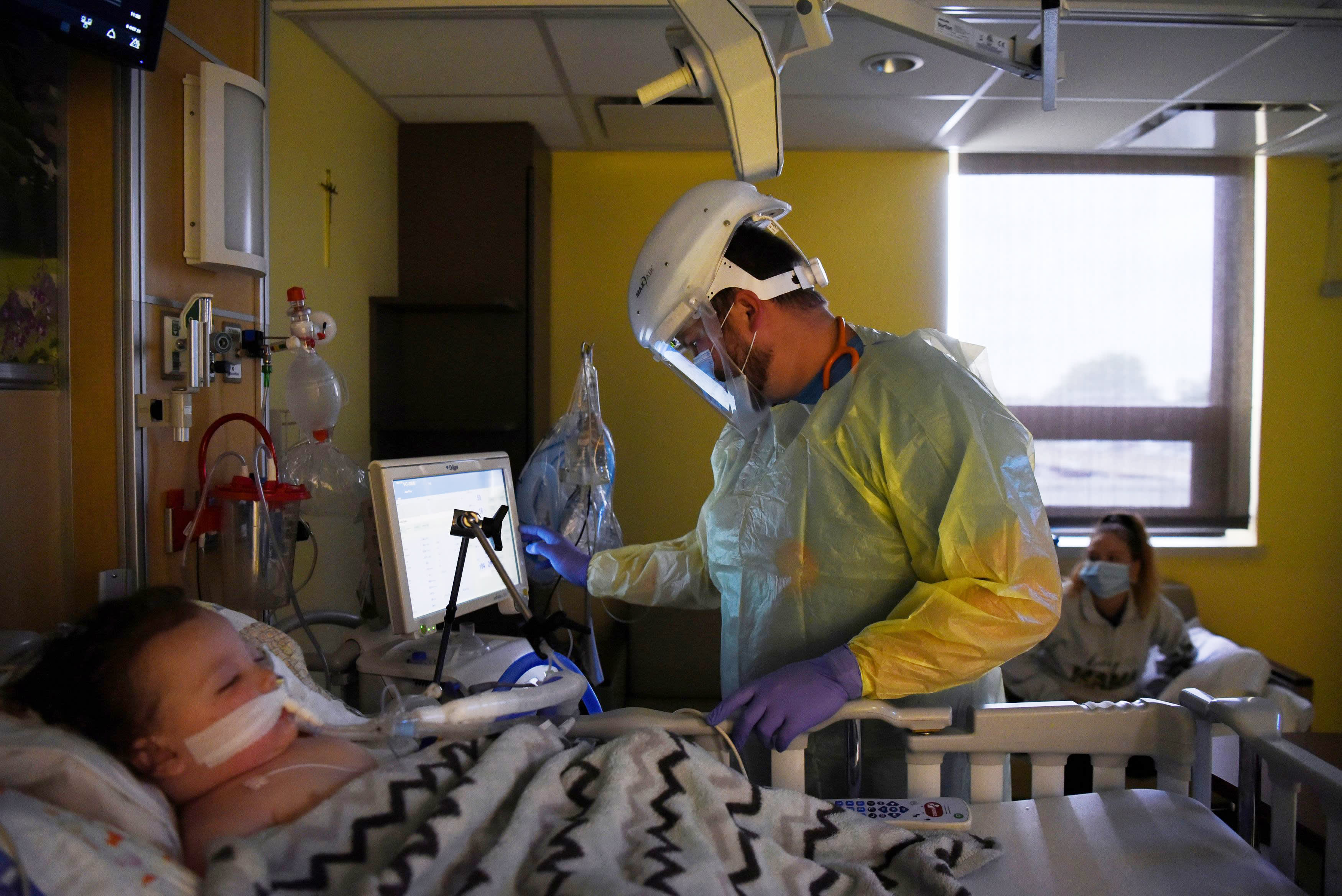 That means statewide mask-or-vaccination mandates, along with other core protocols, remain the standing order, Hochul said. Asked for the second time in as many weeks Friday whether she'd allow her executive order for businesses to lapse on its set expiration date Feb. 2, the governor remained steadfast in her unwillingness to commit just yet. She said she'd likely make the decision, in consultation with health experts and other officials, a day or so ahead of deadline.

Why? Hochul referred once again to where New York was in November on the COVID front as evidence of how quickly trends can change either way.

"I look forward to the day we can lift mask mandates in schools as well," Hochul said. "That means we've turned the corner in a way that we don't think we're going to be sliding backward anytime soon."

New Yorkers can be doing more, too, to get there Hochul said -- especially when it comes to vaccinating the youngest eligible age group. She shared a chart Friday showing dramatically lagging vaccination rates for that youngest population -- and announced she'd be opening another 80 pop-up vaccine sites for kids aged 5 to 11 next week to encourage parents once again to get their kids' shots completed.

(For parents of kids younger than 5 who aren't yet eligible for COVID immunization, doctors recently offered up a slate of tips here to help you protect them right now.)

The state is also plowing ahead in its effort to protect the most vulnerable, deploying 88 nonmedical National Guard troops to support staff at nine nursing homes in New York City amid staffing and other concerns. Additional support upstate is forthcoming, Hochul said, and more federal help is also on the way -- with military surge teams from the Biden administration set to arrive at a Brooklyn hospital and one in New Jersey in the coming days to help alleviate the burden.

Hochul also plans to have National Guard members trained to perform medical tasks, like vaccination and other basic treatment needs, so they can assist more.

"This is a reminder that this isn't over," she said Friday. "We've got overworked healthcare workers still on the front lines."