Eric Adams had planned to lift the toddler mask mandate as of April 4, but it was extended amid city health officials' concerns over rising case rates. Still, the health department website lists the citywide alert level as "low"

New York City has extended its mask mandate for toddlers in daycare and public 3-K school programs through next week at least because of an "upward trajectory" in COVID cases, Mayor Eric Adams confirmed in a statement Friday.

The plan right now is to reevaluate the ongoing and controversial order after that.

"As I have said, I want to remove masks and see our babies’ faces, but we have to do it when the science says it is safe to do so," Adams said. "As cases have continued to rise, we are prepared, not panicked, so now is not the time to remove masks for our youngest New Yorkers."

"My team of health experts and I will continue to evaluate the data, day after day, and we will communicate with New Yorkers clearly and frequently with additional updates," the Democrat added.

Earlier Friday, Adams had said in a radio interview he hoped to lift the order "within a week" but noted it would depend on his health team's recommendations around the contagious omicron subvariant fueling a fresh uptick in cases citywide.

The decision could stoke controversy anew among parents who have pressed Adams to change the rule given city health department data that lists the COVID alert level as "low," which is the lowest tier. The mayor, though, hasn't been moved.

For each of those parents, he says there's another on the other side of the aisle. He says he'll peel back the next layer as soon as his team gives the OK.

Adams had initially planned to lift the mandate this past Monday but the plan was shelved, even if briefly so, as health officials worked to ascertain the potential impact of the now widely circulating BA.2 variant on unvaccinated groups.

COVID numbers are once again creeping up across the region as the BA.2 subvariant spreads, but this time there's a bit of a twist, as infections seem to be most prevalent in the most-vaccinated parts of the city. NBC New York's Chris Glorioso reports on why that might be.

“I’m totally at the mercy of my health team," Adams told 1010 WINS Friday when asked for an update on his plans around the mandate. "I’m hoping that we can do it within a week or so but it’s really dependent on how this new variant responds."

The variant has only grown in prevalence since, accounting for at least 84% of virus circulating in the CDC's New York region as of Tuesday. That was double its share in the CDC's prior weekly update and will likely rise again in its next one. Nationally, BA.2's share is about 72%, so that strain has been circulating faster locally.

While it has not been scientifically linked to more severe cases or lower vaccine efficacy, WHO has said BA.2 is "inherently more transmissible" than its predecessor and might be the most virulent COVID strain yet.

In the hard-hit five boroughs of New York City, officials say they are erring on the side of caution when it comes to protecting the most vulnerable, including kids who at this point are still too young to be vaccinated against COVID-19. 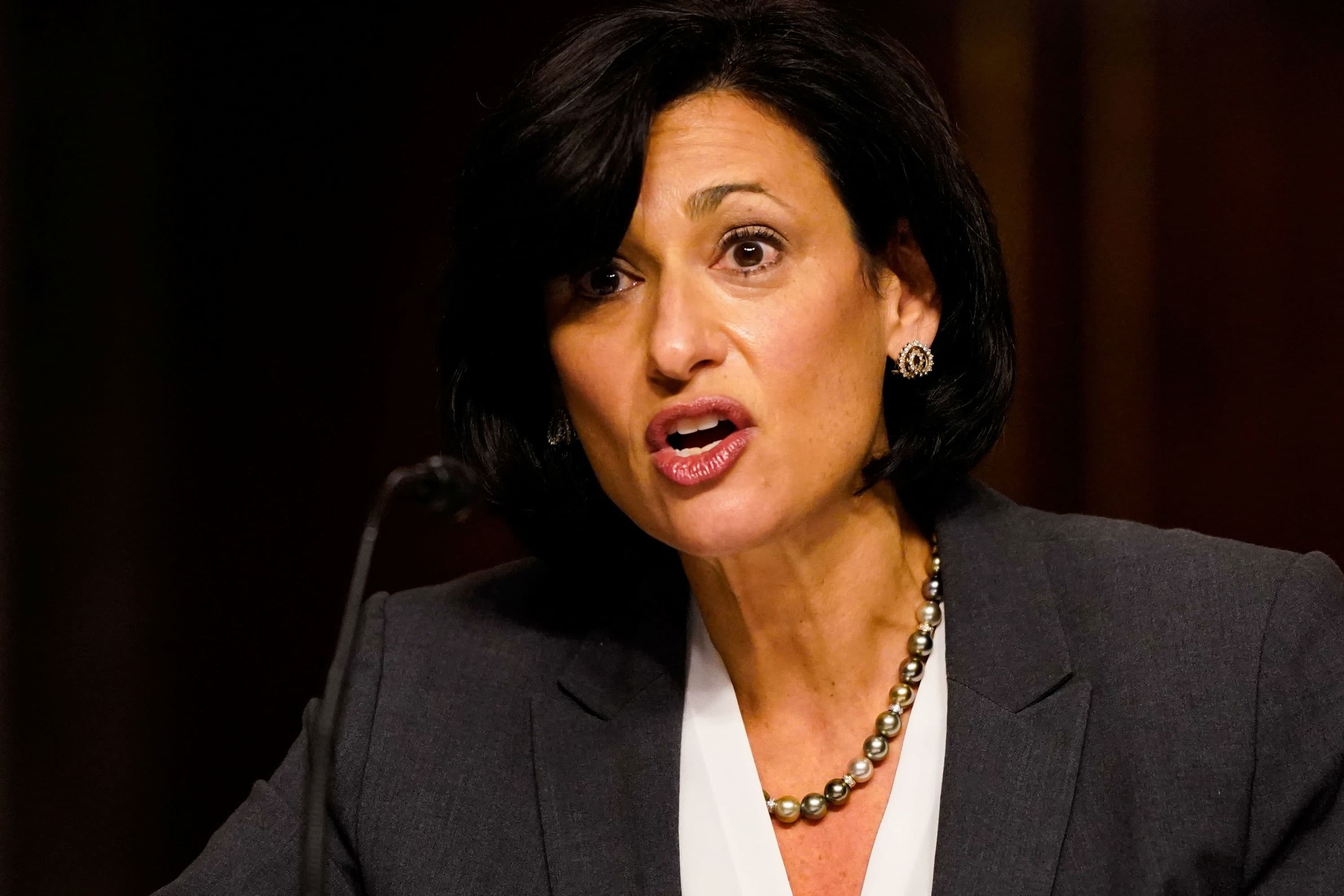 As of Friday, the city's rolling case average is up about 37% over the rolling average for the prior four weeks, but the more critical benchmarks of hospitalizations and deaths remain on the decline. The rate of decline on the hospitalization front appears to be slowing, though, with a 12% rolling decrease reported compared with the prior four weeks. Three days ago, data showed it was down 39%.

The city's COVID community-level alert remains low, the lowest marker there is, but its health commissioner, Dr. Ashwin Vasan, indicated last week that the risk assessment could change soon, based on rising transmission rates.

"Cases are definitively rising and it's gotten our attention," Vasan said. "They will continue to rise over the next few weeks, and it's likely that over these weeks, we will move into a different level of overall risk across the city."

A New York City judge ruled to end the city's mask mandate for children under 5 years old, but the city is fighting to keep it in place. So where does this leave parents and children? NBC New York's Andrew Siff reports.

Vasan said he was "recommending" people wear masks in public, indoor settings. That doesn't apply to kids under 2, who haven't been subject to the mandates since the pandemic began. And this is a move erring on the side of caution.

One look at the citywide transmission trends should stave off some anxiety for many New Yorkers. Sure, the percentage increases can be alarming when you have a small number and double it. In some cases, the increases that appear to be "soaring" reflect just 20 new COVID patients or so. No cause for alarm, officials say.

Manhattan has seen the highest transmission jumps in recent weeks, with the borough accounting for eight of the top 10 neighborhoods in percent positivity over the latest seven-day period. Long Island City, in Queens, jumped to the top of the list in that regard as of Friday, but the raw data tells a more complete picture.

Ultimately, officials say BA.2's dominance was expected and it's expected that some other COVID variant will take its turn, too. That doesn't necessarily exacerbate community risk. For now, city officials say the variant warrants close monitoring.

Nationally, just 19 of America's more than 3,200 counties are considered "high" risk by the CDC, based on its recently debuted community level threat tracker. More than 95% of U.S. counties, including all five in New York City and the entire states of neighboring New Jersey and Connecticut, are considered low risk as well.