NYC announced Monday it'll modify two key school COVID policies around testing and quarantine starting in a week; the teacher's union took major issue with one of the changes, saying it wasn't enough

New York City Mayor Bill de Blasio announced some tweaks to school COVID policy on Monday, a week after the nation's largest public school district opened its doors fully in person for the first time since the pandemic hit -- and a day after one Manhattan school announced it had to go all-remote because of an outbreak.

The Democrat said the adjustments were born from city officials' assessment of the first week of in-person classes for nearly a million students and how COVID policy could be improved going forward given the ongoing delta variant threat.

"The goal is always two crucial things -- first and foremost the health and safety of our kids and our whole school community, second maximizing the number of kids in school every day, avoiding disruption, giving our kids a chance to make that comeback that we know we're going to make this year," de Blasio said.

The two changes announced Monday involve testing and quarantine procedures and will take effect simultaneously on Sept. 27, which is also the deadline for city public school teachers and staff to have at least their first shot of the vaccine.

Starting then, schools will conduct randomized weekly testing, rather than biweekly testing, at all public elementary, middle and high schools citywide.

The mayor also said the city will shift its school quarantine approach to align with the CDC. Under that guidance, when there is a positive case in a single classroom, the unvaccinated students in that classroom will not have to quarantine if, and only if, they have been masked and keeping at least 3 feet of distance.

De Blasio says that approach will allow more kids to remain safely in the classroom. 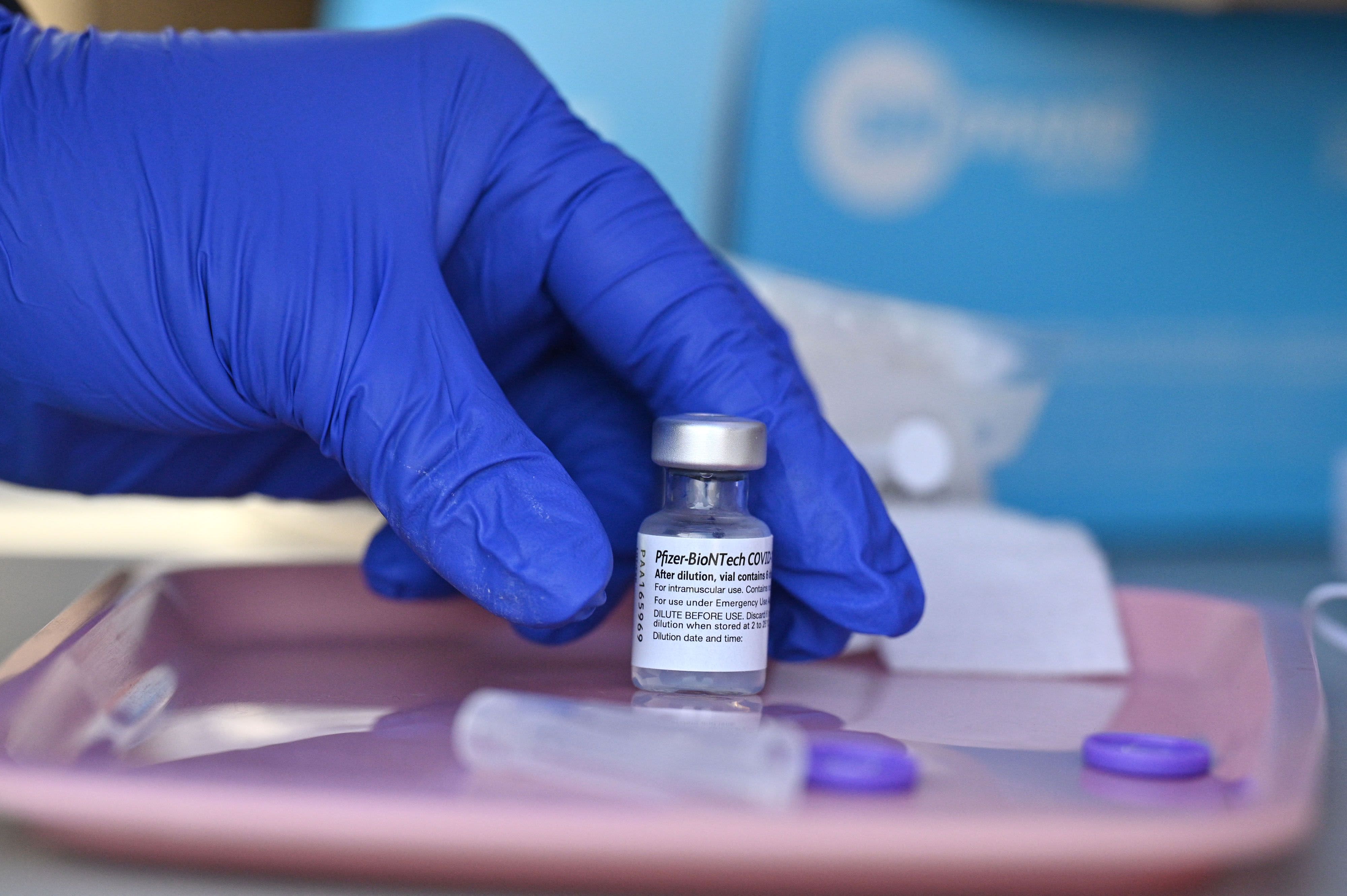 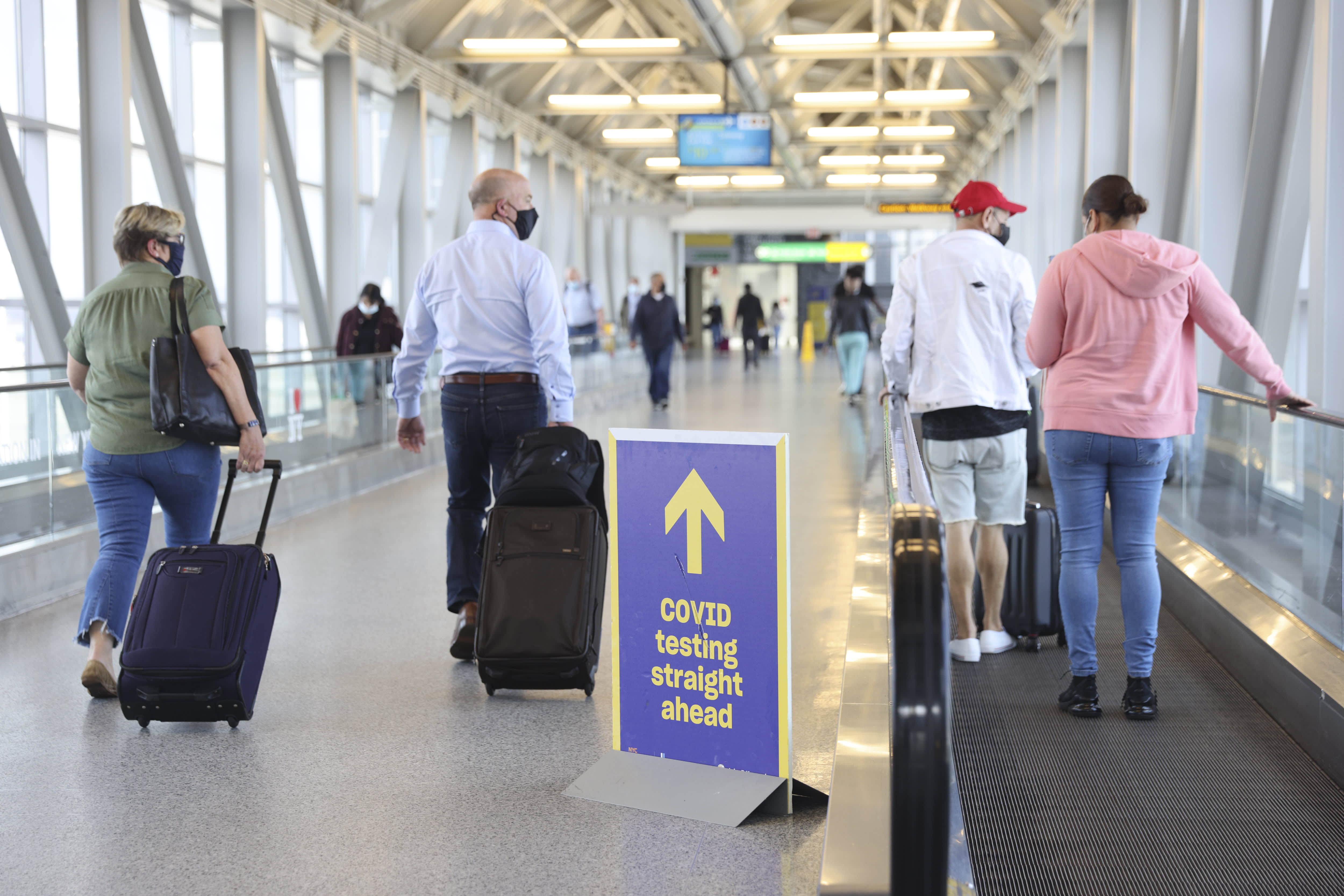 Monday's developments come after a largely successful opening week for New York City schools. At least one, though, is already in full-remote mode -- P.S. 79 in East Harlem -- after more than a dozen COVID cases were reported linked to the school.

Citing “possible widespread exposure and transmission,” Manhattan Borough President Gale Brewer says the positive cases were staff and linked to pre-school orientation. The school will go remote from Monday through at least Sept. 28.

The president of the city's largest teachers union had sent a letter to de Blasio Sunday demanding changes to school COVID policy, including the switch to weekly testing that the mayor announced at his Monday COVID briefing.

In the letter, United Federation of Teachers President Michael Mulgrew called for weekly testing, saying “while so far our public schools have successfully reopened, I am concerned that this year’s reduced frequency of COVID testing means that thousands of children will spend days in classrooms without the early warning system that last year made our schools among the safest places in the community.”

After many returned to classrooms for the first time since 2020 just over a week ago, one East Harlem school will go remote once more because of a COVID outbreak. That has led teachers' union leaders to call once again for weekly testing in schools. NBC New York's Adam Harding reports.

The union said the current biweekly testing system is insufficient to adequately protect students and staff from spreading the virus -- and Mulgrew pointed to the PS 79 situation as a case in point for its argument.

"In the first week of the new school year, fewer than half of our more than 1,800 schools and sites have been tested, and a total of 663 classrooms have been fully or partially closed, including the closing of one entire school," Mulgrew wrote. "But because current testing is biweekly, hundreds of other schools will not get a visit from a testing team until the coming week. Meanwhile students in untested schools — including children under 12 who cannot be vaccinated — could be needlessly exposed to the virus."

He also said that number of fully or partially closed classrooms would likely be even higher "if the city had a thorough and rigorous weekly testing protocol."

In response to the changes announced Monday, Mulgrew said UFT was "glad the city has agreed that weekly COVID testing for all schools is the best strategy."

But he said the union "strongly disagrees" with the plan to limit quarantines to some children -- those who weren't masked or keeping their 3 feet of social distance -- rather than an entire classroom in the event of exposure.

"Maybe in the mayor’s universe all children keep their distance, wear their masks correctly and leave them on all day, but in the real world of our schools, this just isn’t so, particularly in the many schools that are overcrowded," Mulgrew said. "Children – particularly the youngest who are most vulnerable to the delta variant – need more protection than the Mayor is offering with this recent, ill-considered decision.”

Top elected and school officials in New York City and across the country have acknowledged the challenges in keeping classrooms safely open to all -- though they say the benefits of in-person education more than merit the enhanced effort.

New York is also requiring vaccinations for student-athletes and coaches in “high risk” sports like football, basketball and wrestling. De Blasio said Monday that he’s not yet considering a broader vaccine requirement for all eligible students, despite Pfizer's announcement Monday that its COVID-19 vaccine works for children ages 5 to 11 and that it will seek U.S. authorization for that age group.

“The goal is to get our kids in school for the foreseeable future. The best way to do that is to welcome all kids while constantly working to improve the levels of vaccination," the mayor said. “I do not want to see kids excluded. I want to invite kids in and then constantly work to get them vaccinated.”

New Jersey has been battling increasing COVID cases among kids, too.

Gov. Phil Murphy said Monday he was signing an executive order requiring all childcare workers and facility employees to be fully vaccinated by November 1 or face weekly COVID tests. By Sept. 24, all employees, students, visitors and children age 2 and up in a facility's care must also wear face masks. New York Gov. Kathy Hochul implemented a similar universal mask mandate for those centers last week.

"This order ensures everyone is abiding by the same strong standards," Murphy said Monday as he said he too wanted to ensure childcare settings and schools were aligned in terms of that face-covering requirement.