‘We Are Winning:' Adams Adamant NYC Schools Stay Fully in Person, With One Possible Exception

"There is no remote option that is prepared to be announced at this time," the mayor says, though he added his administration is looking into a possible way for students isolated due to COVID to have remote instruction

New York City public schools are exploring the addition of virtual instruction for students isolated due to positive COVID tests, but the mayor was adamant Tuesday any remote option for the nation's largest system won't expand beyond that.

Mayor Eric Adams sought to leave no room for misinterpretation as he said, "I don’t want anyone to get this mixed up. Our schools are going to remain open. We're not going to do anything that’s going to stop our children from coming into schools."

"My administration determined Day 1 we were not closing our schools," the Democrat added, vowing to keep making good on his pledge that parents would not grapple with uncertainty as seen in other large school districts, like Chicago.

Much speculation had swirled about a more encompassing virtual learning option after a series of student walk-outs, Department of Education personnel protests and demands by teachers' unions to add one, citing ongoing concerns about whether the heightened protocols amid the unprecedented omicron surge were being applied appropriately and effectively across the city public school system.

There has also been concern about lower-than-average attendance numbers. Adams had said as recently as Thursday that he still believes the safest place for children to be is in school, “but we do have to be honest that there’s a substantial number of children, for whatever reason, parents are not bringing them to school.”

Attendance levels since students returned from winter break have been lower than usual, with anywhere from one-quarter to one-third of students not showing up to class most days. As of Friday, attendance district-wide was around 75%.

Full attendance would be about 938,000 students, according to the Department of Education, so that 75% rate means about 235,000 kids are out sick or otherwise missing school. That doesn't necessarily mean the same kids are always out.

Adams had at least two meetings last week with Mulgrew, which fueled talk that the new mayor would bend to mounting pressure. The Democrat shut that down.

"There is no remote option that is prepared to be announced at this time," he said.

A UFT spokesperson said in a statement later Tuesday that it continues to meet with the Department of Education to discuss a potential remote learning program for "certain groups of students," but didn't elaborate on who might be included.

According to Adams, any talk of remote learning he had with Mulgrew and others has solely involved students affected by positive COVID tests who may have to miss a week or more of class and thus could fall behind, as countless thousands did -- drastically so -- when city schools went entirely remote earlier in the pandemic. 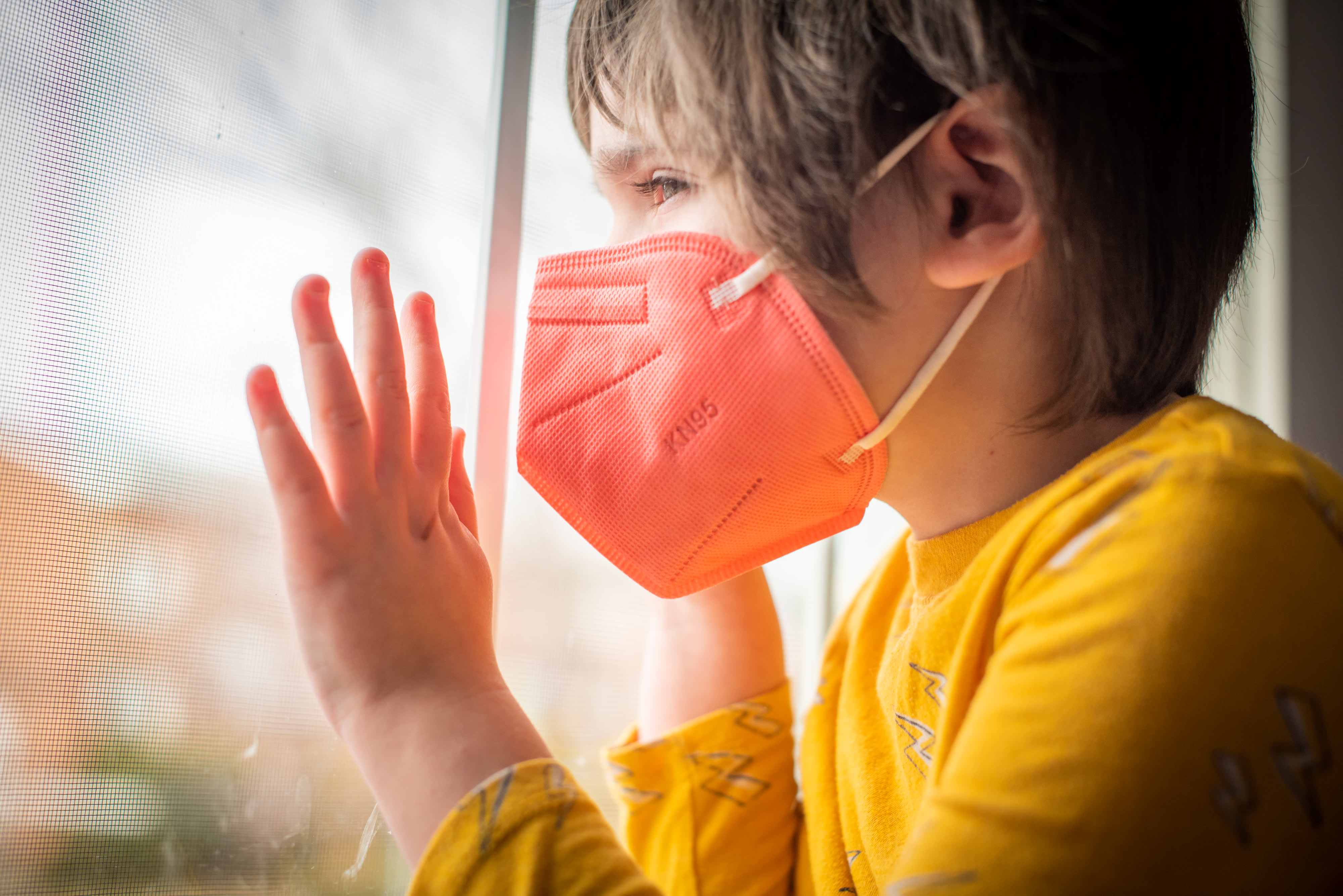 The mayor insisted once again Tuesday the city's COVID plan for schools is sounder than ever, citing two major changes around testing that were implemented on his watch but at least one of which that was laid out by his predecessor, Bill de Blasio, in his waning days in office last month. The biggest change has been the latter.

The city's test-to-stay policy, which took effect the Monday students returned to class after winter break, has mitigated lengthy, disruptive classroom and school building closures by allowing kids to stay in class in person if they test negative with a city-provided at-home rapid test even if there has been a known exposure in class.

Adams said Tuesday the city has distributed 4.5 million at-home rapid kits so far. Those kits have identified 25,000 positives that the city has been able to isolate before infections can spread rampantly through classrooms and schools, he added.

The Department of Education has also doubled PCR testing, from the 10% threshold recommended by the CDC and required by the state to 20%, which Adams says adds another critical layer of protection.

Vaccinated students and staff are now included in the randomized weekly testing pools as well, given the higher apparent risk of breakthrough infections associated with omicron compared with earlier strains of COVID-19.

That omicron's tide appears to be receding in New York City and elsewhere across the state empowers Adams' confidence when it comes to schools as well.

After an explosive surge in COVID cases and hospitalizations the first week in January, the average number of new cases in New York City has declined dramatically in recent days, fueling hopes that the omicron peak has passed.

"We are winning. We are winning. And we are going to win," Adams said and pledged to continue vigilantly monitoring COVID rates to ensure the trends hold.

According to Dr. Dave Chokshi, New York City's health commissioner, new daily cases now are under 20,000, which is less than half the daily totals the city was seeing at the peak of the omicron surge earlier in January. He said the city is also starting to see decreasing hospitalizations, though overall numbers remain high.

"We are on the downslope from the omicron summit but we still have more work to do," Chokshi said. "These numbers are still very high, meaning community transmission remains widespread and we’ll need to follow these trends closely."

Statewide, core COVID rates continue to fall and New York City now has the lowest seven-day rolling positivity average (14.13%) of any of the 10 regions in the state, according to the daily update shared by the governor's office on Tuesday.

Deaths, the ultimate lagging indicator, are still high, with another 168 fatalities reported by the state on Tuesday.

The regional breakdown was absent from Tuesday's report, but the city has accounted for at least half of state COVID deaths as of late. It accounted for 52% of the 152 new deaths Gov. Kathy Hochul's office reported on Monday.

Adams, a Democrat who took office on the first of the year, has taken a bullish stance on the pandemic, urging New Yorkers to take precautions and get vaccinated and boosted but not to let COVID-19 control their lives. He also repeatedly said the city cannot afford more shutdowns of businesses or schools.

The city’s school system was one of the first to return to in-person instruction after the pandemic hit in 2020 and schools closed in March for the rest of the year. It started a hybrid plan in the fall of 2020, with most students inside school a few days a week and at home learning online the rest of the time.

As of Monday, there were 659 current reported COVID cases in New York City schools, more than a third of them among students. No Department of Health-ordered school or classroom orders are in effect at this time, the DOE website says.