More New York City workers are running out of time to get their first dose of COVID-19.

City Department of Correction workers have the lowest vaccination rate (73%) out of other agencies and they had an extra month longer to get the shot --- they'll have to do so by Wednesday to comply with the city's vaccine mandate or face the possibility of being put on leave without pay.

While the DOC vaccination rate is lower than other departments, the number has been climbing following the mandate with a huge increase from 63% just two weeks ago.

The deadline comes as Mayor Bill de Blasio signed an executive order allowing jail facilities to move to 12-hour work shifts in order to keep them staffed. It also comes amid a pre-pandemic staffing and humanitarian crisis at NYC's main jail complex at Rikers Island.

The president of the Correction Officers' Benevolent Association, a union that represents about 20,000 active and retired DOC members, says de Blasio's order is the "final blow" for their hope to resolve the issues inside Rikers. COBA president Benny Boscio Jr. argued the order would increase workers' tours from 8 to 12 hours and allow the department to order back-to-back shifts.

"If officers are unable to operate under such grueling conditions, the safety and security of everyone in our jails will be completely compromised. We will do everything we can to fight this," said Boscio said in a statement.

NYC Correction Commissioner Vincent Schiraldi has blamed the staffing crisis on officers calling out sick in unusually high numbers. Some uniformed jail officers say they have been utilizing their nearly unlimited sick leave because the job is so dangerous.

At least 14 detainees have died at Rikers this year, according to the New York Times, and recent deaths have renewed calls to close the island. NYC Councilmember Mark Levine and other local leaders visited the jail complex on Monday and he says the awful conditions there harm both inmates and correction workers. 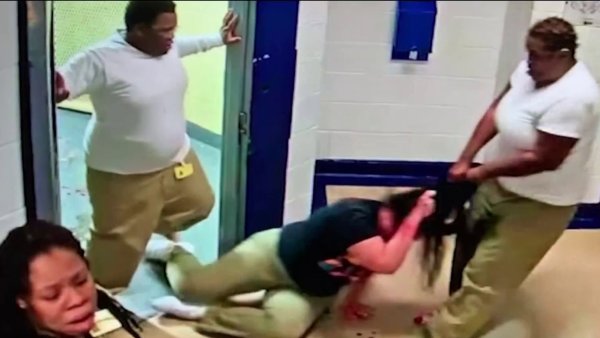 "We saw dilapidated, outdated, poorly laid out buildings. There are reports of people fashioning crude weapons out of pieces they break off from broken structures and fixtures," Levine wrote in a series of tweets, adding that inmates told him they don't have consistent meal service, educational programming, social services, religious services or even access to lawyers and medical appointments.

While the vaccination rate among workers rises, the latest city data show only about 43% of incarcerated individuals have gotten their first COVID-19 shot. The percentage of inmates who have been tested positive for the coronavirus is around 11%, higher than the city's 14-day average of around 2%.

Meanwhile, the threat of another winter surge of the coronavirus and a newly detected variant has New York officials on high alert. That's why elected leaders continue to push vaccination as the main line of defense against the still-present threat of the delta variant and what unknown problems the omicron variant could bring once it lands — or is confirmed — in the U.S. 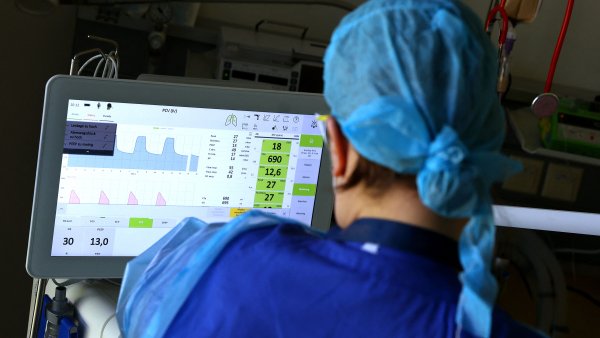 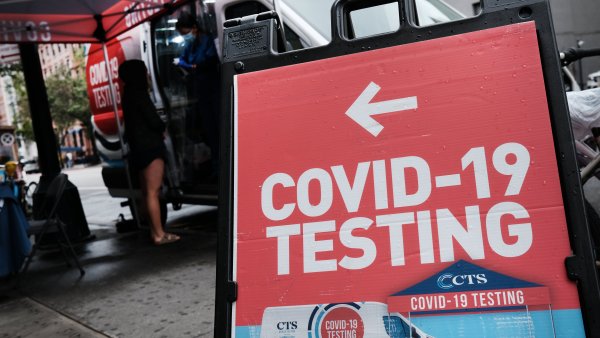 A new vaccination mandate was issued Monday for about 100,000 childcare and early intervention program workers across the five boroughs. They have until Dec. 20 to get their first dose.

New York City will also ramp up the effort to get kids aged 5 through 11 vaccinated as the Department of Education rolls out another round of pop-up vaccination sites to get students their second dose. From Tuesday to Dec. 13, hundreds of public schools will host a one-day vaccination drive following the success of the inoculation program that brought the Pfizer vaccine to elementary schools earlier this month.

In an effort to further amplify the availability of the Pfizer shots and the success of the in-school vaccination campaign, the city also began offering vaccinations at charter schools and paid leave option for parents.

The latest figures from the state show the number of people hospitalized for COVID-19 across New York is climbing closer to 3,000, and is up more than 1,000 over the last three weeks — the first time hospitalizations has eclipsed the 1,000-mark since late April. That's still far from the highest mark of nearly 19,000 back on April 12, 2020, and from the second wave's highest mark of 9,273 back in January.

On Sunday alone, the state recorded 41 additional deaths and has more than 550 patients now in the ICU, with the state's seven-day average of positivity ticking above four percent.