More than 1,000 FDNY and 1,000 NYPD personnel have applied for religious exemptions and will be able to continue on the job with weekly COVID testing as their respective Equal Employment Opportunity offices review the claims, spokespeople for both agencies told News 4 Friday

That's the possibility New York City is bracing for come Monday, when any of 160,000 public employees who fail to provide proof of at least one COVID vaccine dose must go on unpaid leave. Thousands of them remained unwilling to do so as Mayor Bill de Blasio's deadline of 5 p.m. Friday came and went.

There is no test-out option. See the latest vaccination rates by NYC agency here.

Just hours after the deadline, there were already some ramifications being seen. At least six fire companies — including three in the Bronx and two in Upper Manhattan — have already closed, the result of an apparent sick-out staged by firefighters determined to fight the mandate.

The mayor has, since announcing his plans to expand the mandate to all city employees more than a week ago, insisted first responders and others who serve and protect the people of New York City must also protect themselves, including from a virus that has now killed an estimate 34,500-plus in the five boroughs alone.

De Blasio has held firm to that contention even amid mounting protests from union members and advocates -- the latest of those being a rally of hundreds of firefighters and others outside the mayor's own official residence just a day ago.

Additionally, six FDNY members of Ladder 113 were suspended for allegedly driving their truck to a state senator's New York City office and threatening his staff over the vaccine mandate for city workers.

The courts have upheld the mayor's mandate despite challenges by the firefighters' unions and an ongoing appeal by the Police Benevolent Association, which represents the NYPD. De Blasio believes his mandate, which he says he enacted in the name of public health, will continue to prevail. Many experts agree.

He also has said he expects a surge in city employee vaccinations on Friday, when, as he says, people will "really realize" they're going to lose their paychecks if they don't comply. The city incentivized workers with $500 bonuses to get shots as well.

While Friday's numbers remain to be seen, evidence suggests there has been an uptick in vaccinations among the affected worker groups. The FDNY, for example, had reported 45% of members unvaccinated around the time de Blasio first announced the planned mandate expansion. That number is down to 29%.

See a side-by-side comparison of how NYC workforce vaccination rates track by agency now compared with those rates a week ago.

NYPD numbers have steadily climbed, too, even over the course of a day. On Thursday, 26% of police personnel were unvaccinated. As of Friday morning, NYPD Commissioner Dermot Shea said that share was down to 20%, with another 1,500 doses recorded the night before. Still, if a fifth or more of key first responder groups don't comply with the deadline, there could be significant shortages -- and there is no pool of substitutes to fill gaps as was the case with teachers earlier this month.

Nearly 1,000 officers were vaccinated on Friday alone, the NYPD said, rushing to meet the deadline for the mandate and an extra incentive: workers who get a shot by Friday will get $500.

Shea, who had COVID-19 in January, said his department was sending reminders to workers whose records indicated they hadn’t yet received a shot and that NYPD vaccination sites will remain open all weekend. Shea said thousands of officers who’ve applied for medical and religious exemptions will be allowed to work while their cases are reviewed.

Pat Lynch, president of the PBA, said the hard deadline “sets the city up for a real crisis.” Andrew Ansbro, president of the Uniformed Firefighters Association, warned longer response times will “be a death sentence to some people.”

The FDNY is looking at the potential for 20% of fire companies to be closed and 20% fewer ambulances on the road come Monday. Ansbro said the share of fire companies that might have to close could be as high as 40%. And sanitation workers have already staged a slowdown in protests of the mandate.

On the latter point, the mayor called such slowdowns “unacceptable” and said the department will move to 12-hour and Sunday shifts to ensure trash doesn't pile up.

"My job is to keep people safe — my employees, and 8.8 million people,” de Blasio said at a virtual news briefing. “And until we defeat COVID, people are not safe. If we don’t stop COVID, New Yorkers will die."

As for police and firefighters, de Blasio has said, when asked multiple times this week, that the city has contingencies to maintain adequate staffing and public safety, including mandatory overtime and extra shifts — tools that he said were typically used “in times of challenging crisis.”

FDNY Commissioner Daniel Nigro has also ensured continuity of operations and public safety, though acknowledged the challenge in a statement this week.

"The department must manage the unfortunate fact that a portion of our workforce has refused to comply with a vaccine mandate for all city employees," Nigro said. "We will use all means at our disposal, including mandatory overtime, mutual aid from other EMS providers, and significant changes to the schedules." 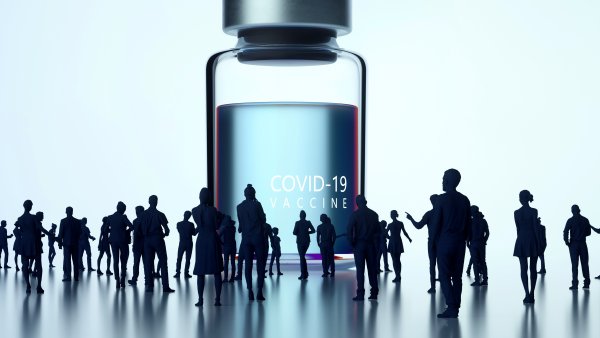 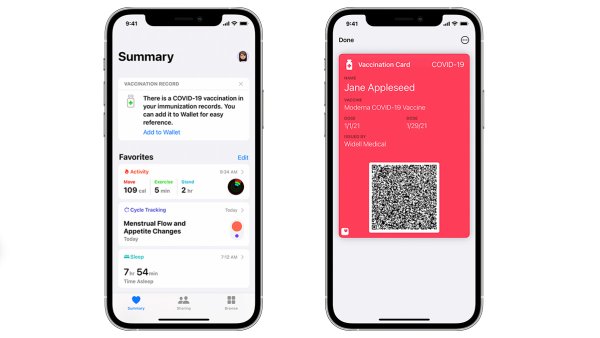 That could mean canceled vacation time and pulling in aid from voluntary units, including private hospitals, and volunteers to help a depleted EMS corps. Employees who initially resist the mandate and later opt to comply can come back.

Mike Salsedo, 44, was among hundreds of firefighters protesting Thursday outside de Blasio's residence, Gracie Mansion. He said he believes he has natural immunity to COVID-19 after having the disease last year and doesn't need to be vaccinated, a stance that's contrary to the consensus among public health experts.

“I’m a man of faith, and I don’t believe that putting something manmade into my body is good,” Salsedo said.

Another firefighter, Jackie-Michelle Martinez, said the ability to choose was “our God-given right” as she questioned the city's decision to move away from its previous policy that included the test-out option.

Backers of mandates say New Yorkers have a right not to be infected by public servants unwilling to get the shots, as people who refuse to get vaccinated are now a big factor in the continued spread of the virus. Mandates have gotten support in the court systems as well, as on Friday, when a federal appeals panel upheld New York state’s vaccine mandate for health care workers.

A Staten Island judge on Wednesday refused the PBA's request for a temporary block on the mandate, but she ordered city officials into her courtroom next month to explain why the requirement shouldn’t be reversed. If the mandate is deemed illegal, workers put on leave will be given back pay, the city said.

More than 1,000 FDNY members and 1,000 NYPD personnel have applied for religious exemptions and will be able to continue on the job with weekly COVID testing in place as their respective Equal Employment Opportunity offices review the claims, spokespeople for both agencies told News 4 Friday.

In total, 24% of city employees covered by the impending mandate had yet to receive at least one vaccine dose as of Thursday. A week ago, that number was 29%, an indication that the mandate has moved the needle. City jail guards have another month to comply. The deadline for them to get at least a dose is Dec. 1.