There's not even a month left before school returns -- with no remote learning option -- in New York City. And with COVID-related hospital admissions among kids -- and adults -- soaring, the stakes couldn't be higher

New York City is adding PTAs to the growing list of organizations eligible for $100 per vaccine referral as part of the incentive program it rolled out in June, the latest effort to encourage immunizations among eligible students before the next school year gets underway in a matter of weeks.

And core viral rates across the state continue to soar. Statewide hospitalizations stood at 1,937 as of Thursday, a 146% increase since Aug. 1 and the highest total since May 10 while the new daily case count topped 5,000 (5,138) for the first time since April 17, according to the governor's office.

The NYC Vaccine Referral Program, which targeted community- and faith-based organizations in its initial rollout, awards $100 to the groups for each person they refer who gets a first dose at a city-run site. People can identify the organization that referred them when they make a vaccine appointment or simply walk-in. Once they receive their first shot, the referral group gets $100, up to a total of $20,000.

The bonus is a bit extra for PTAs, which get $100 for every student and family member they sign up in addition to the $100 incentive for every person who gets vaccinated because of a given organization's referral. PTAs can sign up here.

The prioritization of PTAs within the mix recognizes the critical importance of vaccinating as many eligible students and staff before school resumes in person on Sept. 13. There will be no remote learning option this year, the mayor has said -- yet the ongoing COVID surge driven by the highly contagious delta variant has sparked concerns anew about the safety for the vaccinated and unvaccinated alike.

To date, 56% of New York City kids age 12 to 17 have received at least one dose of the COVID-19 vaccine, beating the national average (48%), Mayor Bill de Blasio said Thursday. That amounts to roughly 300,000 young New Yorkers.

Statewide, 49% of kids age 12 to 15, the most comparative bracket available, have gotten at least one dose while 37.8% have completed their shot series. Kids younger than age 12, which includes virtually all those through Grade 5, aren't yet eligible for vaccination yet and it's not yet clear when they might become so.

Asked about that Thursday, NYC Health Commissioner Dr. Dave Chokshi said studies are still underway regarding existing vaccines for 5-to-11-year-olds. He said he expects Pfizer to be the first to earn emergency-use authorization at some point in September, but stressed the importance of allowing the science to run its course. 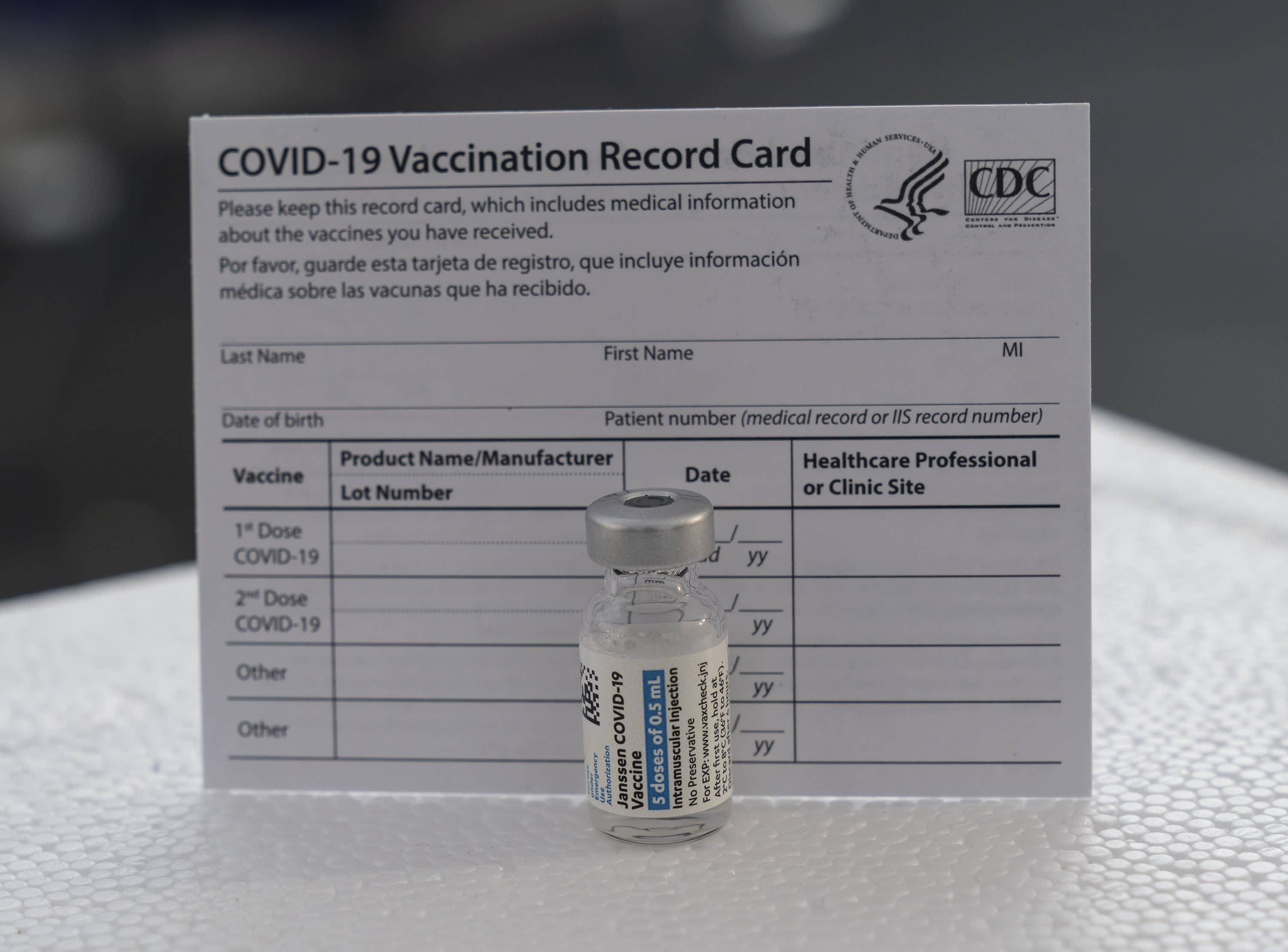 Booster Shots Are Coming in the Fall — But What About People Who Got the J&J Covid Vaccine? 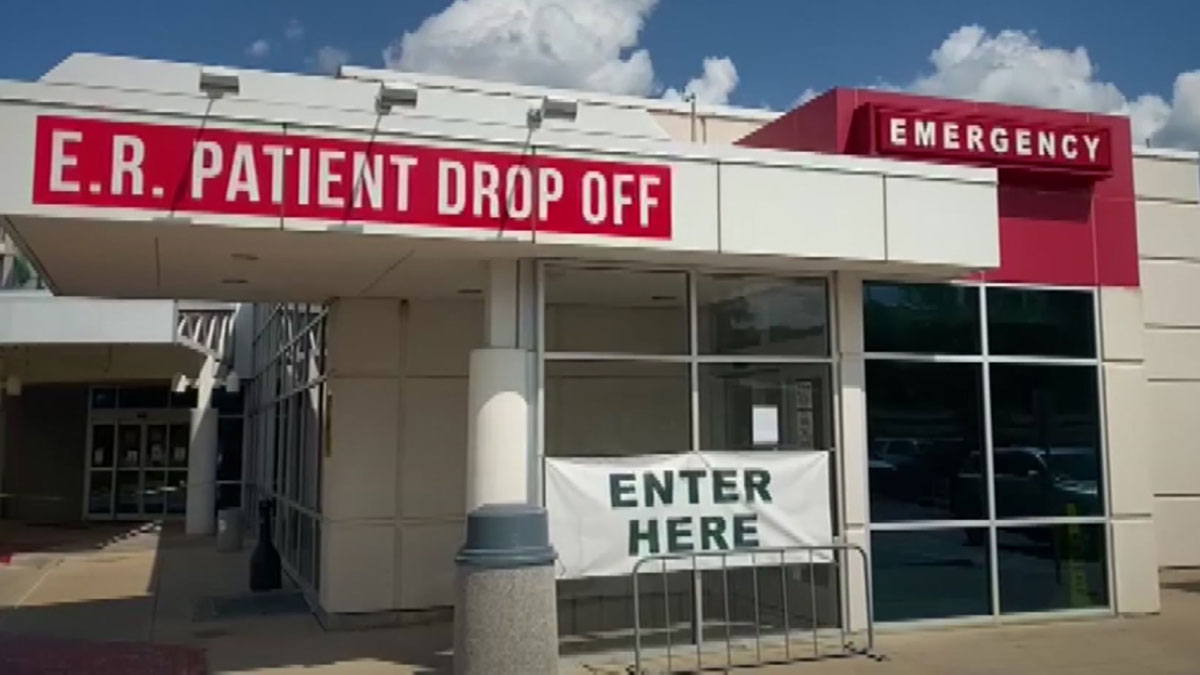 New York City has said its mask mandate would stand in schools to open this academic year, making what it called a decision out of the abundance of caution when Gov. Andrew Cuomo said he'd leave that call to local districts.

It's not clear if it'll stay in local hands, though. Lt. Gov. Kathy Hochul, who will officially be sworn in as governor at midnight on Aug. 24, has said she has the authority to mandate masks for all in schools and plans to once she is in charge.

It wasn't immediately known how that would affect some districts, like Long Island's Massapequa, which said Thursday it would not require masks but leave it up to individual students and parents to determine the best course of action.

In New Jersey, Gov. Phil Murphy has said masks will be the rule for Garden State schools when most resume classes on Sept. 2, earlier than New York City schools. NJ.com reported Thursday that Murphy would also mandate vaccinations for teachers "within days," making New Jersey the third state behind California and Washington to do so.

Asked for comment, the governor's office referred News 4 only to a transcript of Murphy's comments nine days ago talking about new vaccine mandates for "teachers and what is our mindset." His timeline at that point was "over the next couple of weeks."

An official from Gov. Phil Murphy's administration has confirmed with NBC10 that students in New Jersey grades K-12 will be required to wear masks this upcoming school year, and parents have differing opinions. NBC10's Miguel Martinez-Valle reports.

Amid this so-called COVID fourth wave, hospital admissions for confirmed cases in kids under 18 are at their highest level in three months in the greater New York area -- and nationally, they're at the highest levels recorded yet.

Nearly 86% of all U.S. counties, including all five that comprise New York City, are now considered "high transmission" rate areas by the CDC, with new case rates of at least 100 per 100,000 residents daily. More than 8% of U.S. counties are deemed "substantial transmission" areas. Both classifications trigger a universal indoor mask recommendation by the CDC regardless of vaccination status.

Nationally, delta accounts for at least 86% of all positive COVID samples tested, according to the CDC. In New Jersey, that number is 93.5% as of Thursday.

New York City, where delta accounts for at least 90% of positive samples sequenced this month, debuted its new proof-of-vaccine mandate for gyms, theaters and restaurants earlier this week to bolster public safety in the face of the variant — although a group of Staten Island businesses filed a lawsuit Tuesday against the executive order, calling it "arbitrary, irrational, unscientific, and unlawful." Meanwhile, the TSA extended its mask mandate for travelers into 2022.

Most critically, federal health authorities said Wednesday they recommend an extra dose of the COVID-19 vaccine for all fully vaccinated Americans within eight months of immunization. The federal plan, pending formal FDA approval, calls for municipalities to begin administering booster shots the week of Sept. 20.

“We have a responsibility to give the maximum amount of protection,” President Joe Biden said at the White House. He added that extra doses are also “the best way to protect ourselves from new variants that could arise.”