COVID cases per 100,000 residents are up 58% since Thanksgiving, Gov. Hochul said Tuesday as she declared the "holiday surge" upon us. Last week, that number was 43%. The hospitalization metric is more jarring

Gov. Kathy Hochul declared in no uncertain terms Tuesday that the dreaded holiday surge is well underway in New York state, citing a 58% increase in COVID -19cases and a 70% increase in hospitalizations per 100,000 residents since Thanksgiving.

Those numbers are respectively up from 43% a week ago and from 59% in just four days, "an alarming jump statewide" that Hochul said clearly indicates the trends are not moving in the right direction. The only Thanksgiving-related data point that didn't increase between last week and now was vaccinations, which had risen 2% between the turkey holiday and the Democrat's COVID briefing a week ago.

That rate is still at 2%, Hochul said -- and declared the latest surge "a crisis of the unvaccinated. So if I sound a little frustrated, it's because I am."

Statewide hospitalizations stand at 3,772 as of Tuesday, the first time they've topped 3,700 since April 20. They're up 92% in the last month and a growing number of hospitals, mainly upstate, is precariously holding onto bed capacity above 10%, which is Hochul's threshold for pausing elective procedures.

The governor points to the still looming peak of the holiday season and these latest trends, along with the highly transmissible omicron variant driving up daily caseloads across New York and the country as evidence her "temporary" mask-or-proof-of-vaccination mandate is necessary indoors to get through this time period.

The measure is slated to be reassessed on Jan. 15. Hochul says she hopes that will be time enough to settle the latest COVID wave, but it's not the spread of the newer variant that is driving her concern. It's the ongoing impact of an all too familiar one.

The governor says it's the delta-fueled spike in hospitalizations more than the spread of omicron, of which there are now at least 38 confirmed cases in New York state, that "was the trigger we needed" to take action on the new mask order.

Hochul, who has faced some backlash from Republican county executives and others over the mandate that took effect Monday, reiterated a day later that is a short-term effort to solve a problem that threatens to spiral out of control. The holidays, plus the still-omnipresent grip of delta, which is blamed for the spikes in hospitalizations, and the infectiousness of omicron are a triple threat, she says.

"We're not doing this to win any popularity contest. I'm not going to engage in a political discussion about this because this is too important. This is about getting us through the pandemic," Hochul said.

New data shows omicron is sweeping the tri-state area even faster than the rest of the country, the head of the CDC said Tuesday. Dr. Rochelle Walensky told "Today" that New York and New Jersey are detecting omicron via genomic sequencing at a rate of about 13% versus 3% nationally.

Delta, which early evidence indicates appears to lead to more severe cases than the new variant that first emerged in South Africa, remains America's predominant strain (96.7% of all sequenced positive COVID samples) and is fueling the more severe COVID cases, Walensky said, but omicron could overtake delta before long.

The good news, Walensky says, is that early data shows omicron "is demonstrating some decreased severity, shorter lengths of stay, fewer people on oxygen, fewer people in the ICU." Even better, "We have the tools now," she added.

But will they be enough? The World Health Organization said Tuesday that omicron is spreading at a rate unlike any other variant has done since the pandemic started and even if less severe, the sheer number of cases could overwhelm hospitals.

He, Walensky and other health and elected leaders nationally and in New York point to vaccinations as the single-most prohibitive factor to further virus mutations -- contain the spread, contain the ability of the virus to mutate -- and urge continued precautions as far as masks, hand-washing and distancing for all people.

In New York state, 82% of the adult population is fully vaccinated. New York City, the one-time epicenter of the U.S. COVID outbreak, boasts a similar full inoculation share for its adults. But the numbers plunge dramatically when considering vaccinations among younger age groups. That's a concern at this critically vulnerable time, health and elected officials at all levels of government say.

Almost 12% of kids aged 5 to 11 are fully vaccinated across New York state, while New York City has a 22.3% full vaccination rate for that age group. Both are higher than the national average (9.6%). The rates improve significantly when looking at kids aged 12-17, which Hochul hopes is a promising sign for the youngest eligible.

Statewide, the full vaccination rate for kids aged 12 to 17 is 63.2%. That compares with 70.5% for New York City kids of that age, according to the latest data. 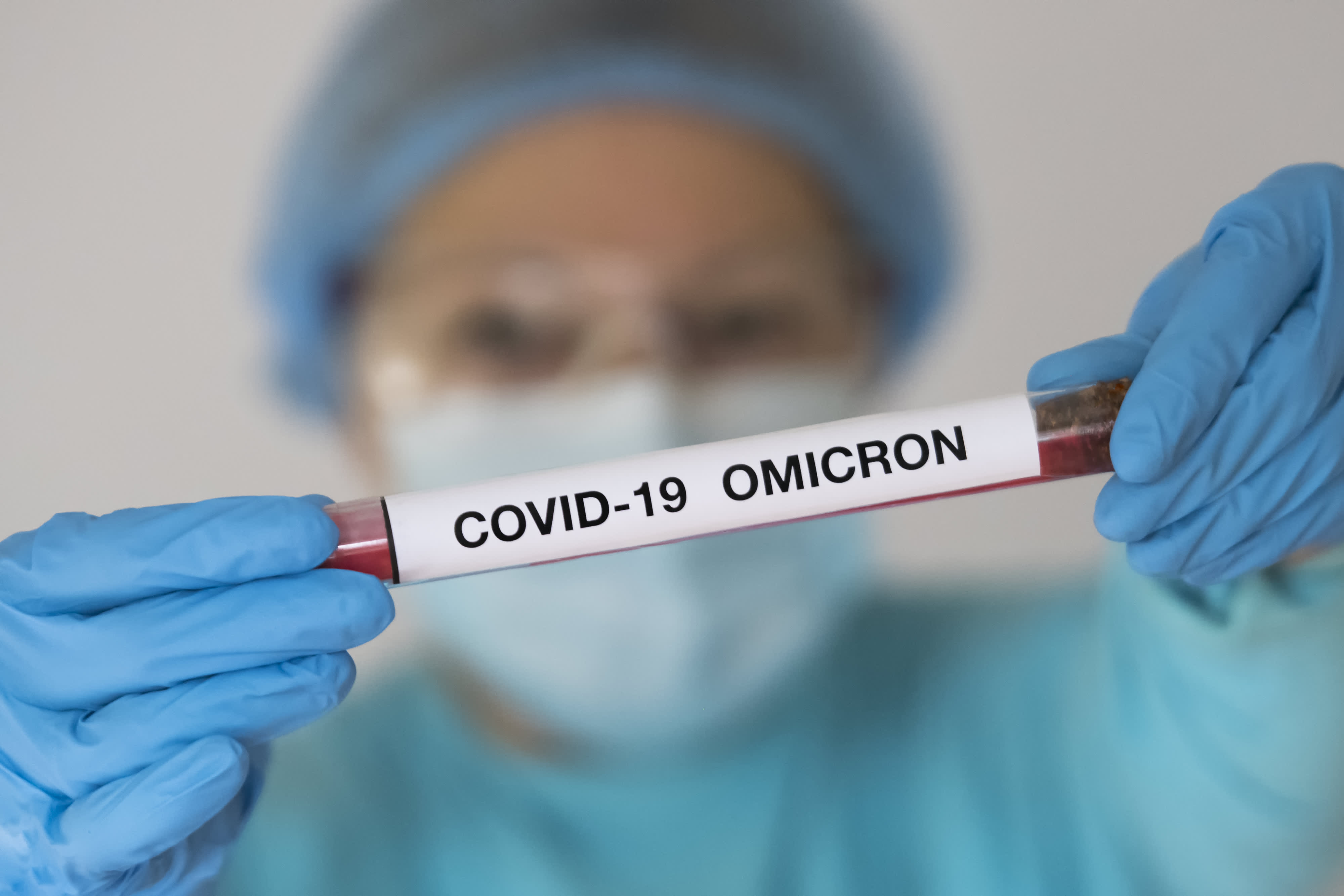 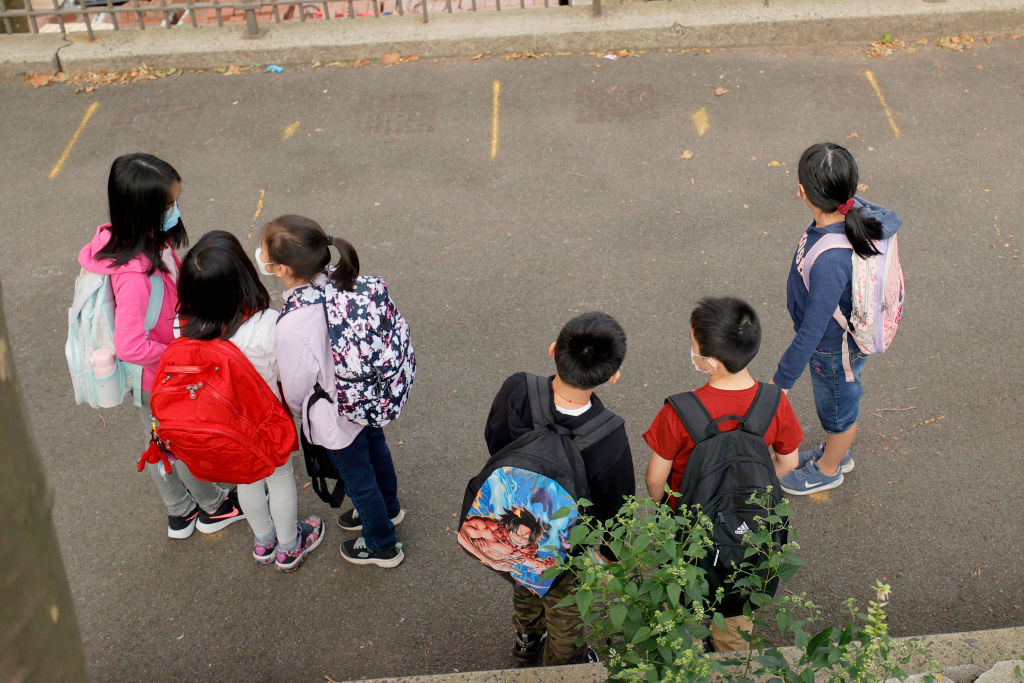 New York is among a growing list of U.S. states adopting intense measures to curb omicron's spread -- and the ongoing threat posed by delta -- as it faces its worst COVID surge in cases, hospitalizations and deaths in more than half a year.

California became the latest to do so Monday, mirroring Hochul's order in limiting it to Jan. 15 before reassessment but differing from New York in applying it universally regardless of vaccination status. That order takes effect Wednesday.

Asked about it Tuesday, Hochul said she wanted to give indoor businesses a choice as to whether to enforce the mask or vaccination requirement, though at her unrelated press conference a day earlier, News 4 noted no checks at the door.

Hochul's health commissioner in issuing the determination order required to implement the mandate cited in part data that shows mask use is linked to a roughly 70% reduced risk of COVID infection. The governor insists now is the time to start maximizing tools to reduce risk and calls her order a preemptive strike.

Also acting preemptively is New York City. A new proof-of-vaccination requirement for kids aged 5 to 11 to enter restaurants or indoor venues or participate in high-risk extracurriculars took effect Tuesday. Those kids only need to show proof of one vaccine dose. Starting on Dec. 27, kids age 12 to 17 will need to show proof of two.

That same day, Mayor Bill de Blasio's strictest-in-the-nation vaccine mandate takes effect. It's the first to cover an entire private-sector workforce. The mayor is expected to release additional guidance for businesses regarding that Wednesday.

While he has encountered more than a bit of backlash over that looming order, de Blasio says the trend lines with cases and hospitalizations necessitate it.

"You're seeing the trend lines with cases going up, hospitalizations going up, so we need to attack on all fronts," the mayor said. "We're doing a preemptive strike, putting extremely strong measures in place to stop us from ending up where we did in 2020 with shutdowns and restrictions. We can see the handwriting on the wall."

What remains unclear is how long that mandate will last. It takes effect four days before Mayor-Elect Eric Adams is sworn into office. He has said he'll review the policy with his team and make his own decision on whether to adopt it.