Gov. Andrew Cuomo said he “could see the rationale” for allowing suits over matters unrelated to coronavirus care but needed to see the details

New York lawmakers voted Thursday to strip away pieces of the broad legal shield they gave nursing homes, hospitals and other health care facilities to fend off lawsuits and criminal prosecutions over coronavirus care.

The state Senate and Assembly voted Thursday to limit the wide-ranging protection, which the Democrat-led Legislature agreed to in early April when the virus was raging in New York.

But now, with the virus surge tamed and the state reckoning with the nation’s highest death toll — more than 25,000 confirmed coronavirus fatalities statewide, including over 6,500 in nursing homes and other long-term care facilities — many lawmakers are having second thoughts.

Once the legislation eventually hits the governor’s desk, he’ll have 10 days to act. Asked Wednesday about the proposal to narrow health care facilities’ legal protections, Gov. Andrew Cuomo said he “could see the rationale” for allowing suits over matters unrelated to coronavirus care but needed to see the details.

The new proposal would notably narrow the legal immunity provisions, though it doesn't go as far as some backers originally sought. AARP state lobbyist Bill Ferris urged Cuomo to "condition his approval on repeal of nursing home immunity completely and retroactively to the beginning of the pandemic."

As COVID-19 deaths at nursing homes continue to accumulate at shocking rates, The New York Times spoke to a number of nursing home caregivers on their daily struggles, frustrations caring for high-risk patients.

“This is a good step in restoring the rights of patients and nursing home residents while also protecting the frontline workers at health care facilities,” said Assembly sponsor Ron Kim, a Queens Democrat who initially proposed a broader repeal of the protections. He said the current version would still hold health care facilities "accountable for failing to prevent the spread of COVID-19 or arranging for proper care of COVID patients.”

Nursing homes and hospitals criticized passage of the proposal. Some say it could hamper care during potential future coronavirus surges that could again stretch health care to the limits, with volunteers and medical students caring for patients in makeshift hospitals.

“In the midst of this public health emergency, we should be supporting our frontline staff and doing all we can to encourage volunteers to step up during a future surge,” said Healthcare Association of New York State President Bea Grause Thursday. 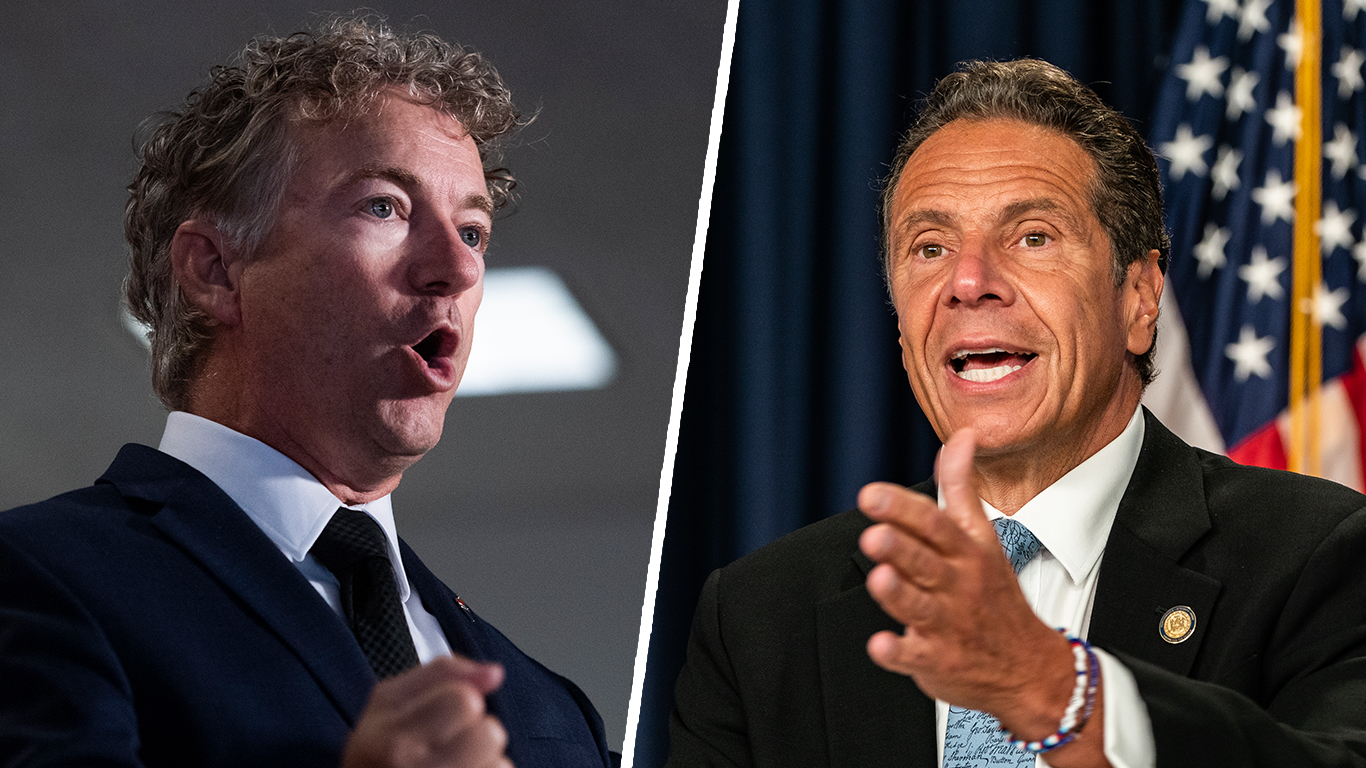 Sen. Rand Paul: ‘Cuomo Ought to Be Impeached' Over Coronavirus Response “The public and the state expect these actions to be taken to meet the extraordinary needs of New Yorkers during a pandemic,” Kenneth Raske, president of the influential Greater New York Health Association, wrote to lawmakers Tuesday. “These actions should be protected.”

At least 15 states have provided health facilities and/or providers some safeguard from lawsuits arising from the coronavirus crisis, but New York went unusually far.

“There was a very wide immunity granted when the pandemic was at its peak in New York,” said state Sen. Mike Gianaris, a Queens Democrat who supports narrowing the protections. “I think now we’ve learned a lot more, and we can make sure people are not harmed by their health systems and have recourse if they are.”

The immunity measure woven into the state budget in April was drafted by Raske's group, which has spent millions on lobbying and political donations over the last few years.

The legislation was uncommon in applying to both lawsuits and criminal prosecutions during the COVID-19 emergency.

It allowed legal action for gross negligence, willful criminal misconduct and some other egregious misdeeds, but specified that staffing or equipment shortages wouldn’t qualify.

Democratic New York Gov. Andrew Cuomo’s administration has said the measure was needed to get all the pieces of the health care system to work collaboratively in the crisis. Nursing home residents' advocates, plaintiffs' lawyers and some lawmakers said it made it too difficult to hold the homes accountable and benefited them at the expense of their vulnerable residents.

The new proposal leaves many of the protections intact. But it newly makes clear they apply only to care provided for COVID-19 itself, not to other problems that may happen to occur during the pandemic — a fall that injures a negligently monitored nursing home resident who doesn't have the virus, for example.

Supporters say the change would keep facilities from using the crisis to skirt responsibility for unrelated misdeeds. But a leader of a big New York nursing home group says it's shortsighted and unfair.

The proposal also makes changes that Kim said would allow for some lawsuits over care arrangements, such as hospitals releasing patients to nursing homes unprepared to care for them.

More than 6,300 recovering coronavirus patients were sent from hospitals to New York nursing homes during the height of the pandemic, under a now-reversed state policy that has engendered much debate. Among the points of contention: Some homes and industry groups have said facilities were overwhelmed but believed the policy compelled them to admit the patients, while Cuomo has said homes shouldn't have accepted the patients if unable to take proper care of them.