NY COVID Hospitalizations Top 10K for 1st Time in 20 Months; CDC Puts Omicron at Up to 99% of Cases

Statewide virus hospitalizations have increased by 1,638 in just the last two days; that two-day increase is just 238 admissions shy of the statewide hospitalization total exactly three months ago

New York COVID hospitalizations surpassed the 10,000-mark and then some Tuesday, totaling their highest levels since early May 2020 as new estimates released by the CDC estimate omicron's regional prevalence to be as high as 99%.

The variant's estimated share of current U.S. COVID-19 cases is at least 92% or higher, according to the federal health agency. Both reflect sharp increases over last week, especially at the national level, and come as New York and America battle record-shattering caseloads almost daily along with soaring virus hospitalizations.

The data are almost hard to fathom. More than one in five New York tests are coming back positive these days, and that number is expected to bounce up considerably Wednesday after Gov. Kathy Hochul said holiday weekend reporting lags were likely behind "misleading" daily case counts in the 51,000-53,000 range over the last two days after nearing a record 90,000 on the first day of the new year.

And the count is expected to climb further, with this latest viral wave, as one Manhattan emergency room doctor put it this week, "making people really sick in a different way" than prior waves did.

More than half of all COVID patients hospitalized statewide are in New York City, which has the second-highest adult full vaccination rate (84.1%) of the state's 10 regions behind only Long Island (86.5%). Yet both regions, once again impaired by their density compared with others, find themselves atop COVID impact charts.

Mount Sinai South Nassau told News 4 Tuesday it was rescheduling most elective surgeries that require inpatient overnight states in a bid to preserve hospital capacity as COVID-19 cases soar unabated. It's one of nearly two dozen hospitals in the state that have taken such action to maintain bed capacity above 10% in accordance with the state's winter surge plan.

Mount Sinai says the number of COVID positive inpatients hit 100 Tuesday morning, representing roughly one-third of all available beds at the South Nassau facility. And it's not just about the patients.

Nearly 200 of its employees are out sick, either for quarantine or surveillance purposes, because of enhanced COVID-19 protocol. Many may be back within the freshly loosened five-day isolation window, but given how omicron has raged across the state in recent weeks, many more may go out at the time they return.

The number of hospitals on pause hit a high in late November, around 32, and has since declined to around 22 as of Tuesday as the state leverages updated federal guidance around quarantine and deploys various resources and plans to mitigate the wide-ranging impacts of the omicron surge.

Rates among children have soared in New York in recent weeks, especially in the city, prompting renewed pushes for parents to vaccinate their youngest eligible kids and get boosters for their older ones, now that the FDA has approved third doses of Pfizer for kids aged 12 to 15. It's not clear when 5-to-11-year-olds may be eligible. 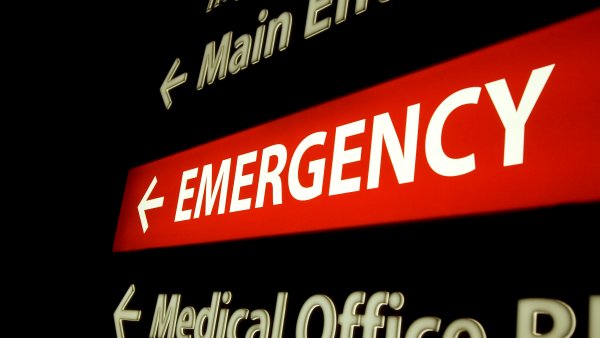 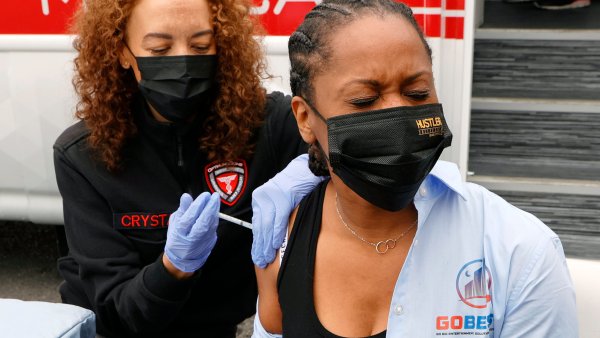 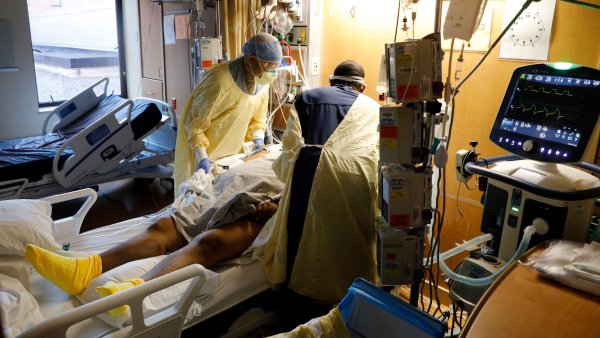 Mount Sinai said in a statement it is monitoring the situation carefully and "we remain hopeful that the recent COVID surge due to the omicron variant will peak in the coming weeks and then begin to ease the number of new COVID cases we are seeing at our emergency department and in other areas of the hospital.

The state is carefully monitoring the data, too. Hochul has indicated this will be a critical week in assessing whether "wider steps" are needed to preserve hospital capacity amid a viral surge she doesn't expect to peak until next month.

Hochul sought to once again drive home that point in a statement Tuesday, saying, "The best way to protect ourselves and our children from getting hospitalized with COVID is with the vaccine and booster. As we continue to fight the winter surge, let's continue to use these tools: Get your second dose and booster when eligible, get your children vaccinated, remember to wear a mask and stay home if you're not feeling well. If we don't, many more New Yorkers will continue to get sick."