Gov. Phil Murphy has said students and teachers can take off their masks in schools as temperatures heat up. But parents in one school district don't believe that's good enough, and want their kids to be able to ditch the masks altogether — causing such an uproar that the school superintendent had to walk away from his job.

A couple dozen parents cheered, jeered and sounded off on Manalapan Englishtown School Superintendent John Marciante's decision to require masks in school for two more weeks as the pandemic winds down. He said they should still be wearing the protective gear "because none of them are vaccinated. That to me is not principle, it's science, it’s the truth."

But a survey last week found that two-thirds of students' parents want a mask optional policy for the last two weeks of school. Attendees at the rowdy school board meeting Tuesday night threatened to send their kids to school on Wednesday without masks in violation of policy, asking Marciante and the school board what they would do in that case. Masks Can Be Taken Off Outside at NJ Camps This Summer 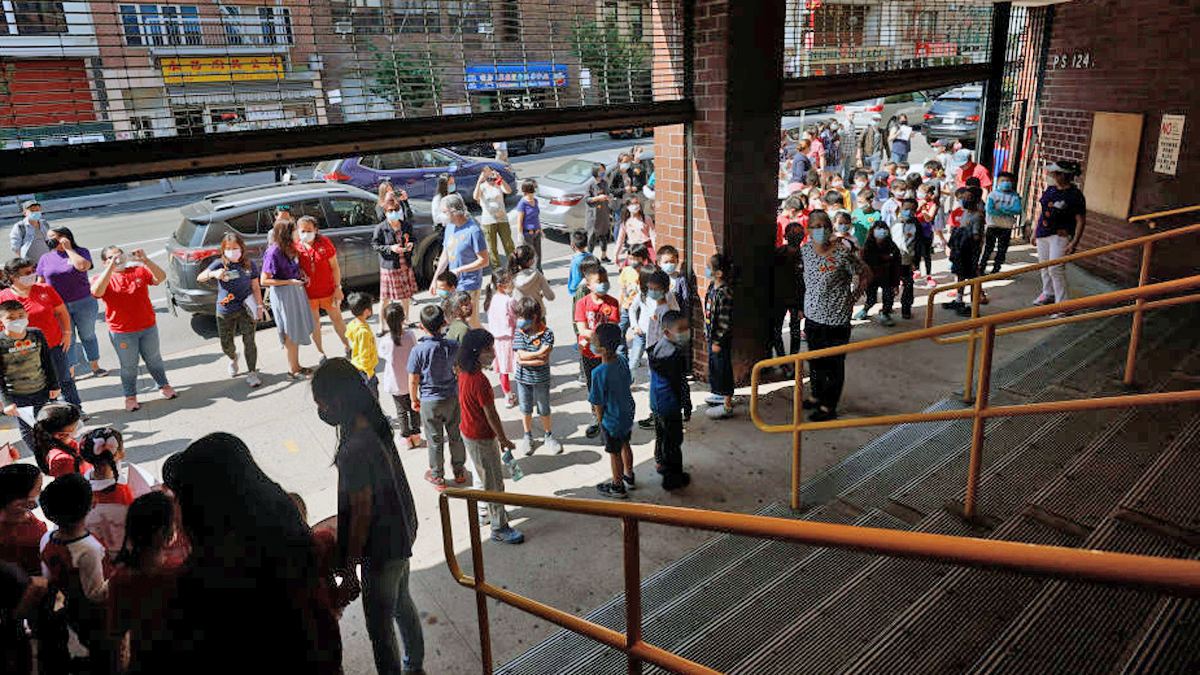 For Marciante, that was too much, telling the board to make a motion for a closed session that could be conducted without the crowd.

“The fact that the woman kept asking the question while her daughter was crying, I said we’re now irrational,” Marciante told NBC New York.

In that private meeting, the 14-year veteran offered to take administrative leave for the last two weeks of the school year — right before a long-planned retirement — because he couldn’t bring himself to revise the mandate.

When the board came back, it reluctantly voted to approve Marciante’s request for leave, then went along with these parents, making masks optional. Parents on Wednesday were split on the school board’s decision.

“I’m not happy about it, they should keep the masks on for the rest of the year and then they can see this summer,” said Aarathi Surana.

“The pandemic is over, it’s time for these children to go back to normal,” said fellow parent Jessica Gangi.

For superintendent Marciante, once a school psychologist, it came down to kids — kids who are taught to follow rules, but potentially facing the choice of parent’s rules opposed to the school’s rules.

“This is not something they can actually figure out in a healthy way, it’s gonna be making them cry, upset,” Marciante said. “That’s what really made me say, ‘I can’t have all those children put in that position.’”

Marciante said he does not want parents trying to blame the board members, saying it was his initiative and his standing on principle. He will return to the school after the last day of classes on June 22, to work his final week before retirement.