The Democratic-led Legislature voted Wednesday to extend an eviction and foreclosure moratorium for commercial and residential tenants who fell behind on their rent because of hardships caused by the COVID-19 pandemic.

Gov. Kathy Hochul, a Democrat, had called the Legislature to return for an “extraordinary session” to pass the legislation, which will put evictions on hold until Jan. 15. She is expected to sign it once lawmakers send it to her.

In an Aug. 12 ruling, the U.S. Supreme Court nixed part of the moratorium that allowed tenants to pause eviction proceedings simply by filing a form declaring they’d had a COVID-related financial hardship or that moving in a pandemic would prove a health risk. The court said that landlords should have the ability to challenge those hardships in court.

New York is poised to change how the moratorium works in light of that ruling. Landlords will be able to challenge hardship declarations and direct judges to require tenants with hardships to apply for rental assistance.

The new governor is taking a drastic step, calling lawmakers back to Albany to work out an extension on the eviction moratorium. NBC New York's Gus Rosendale reports. 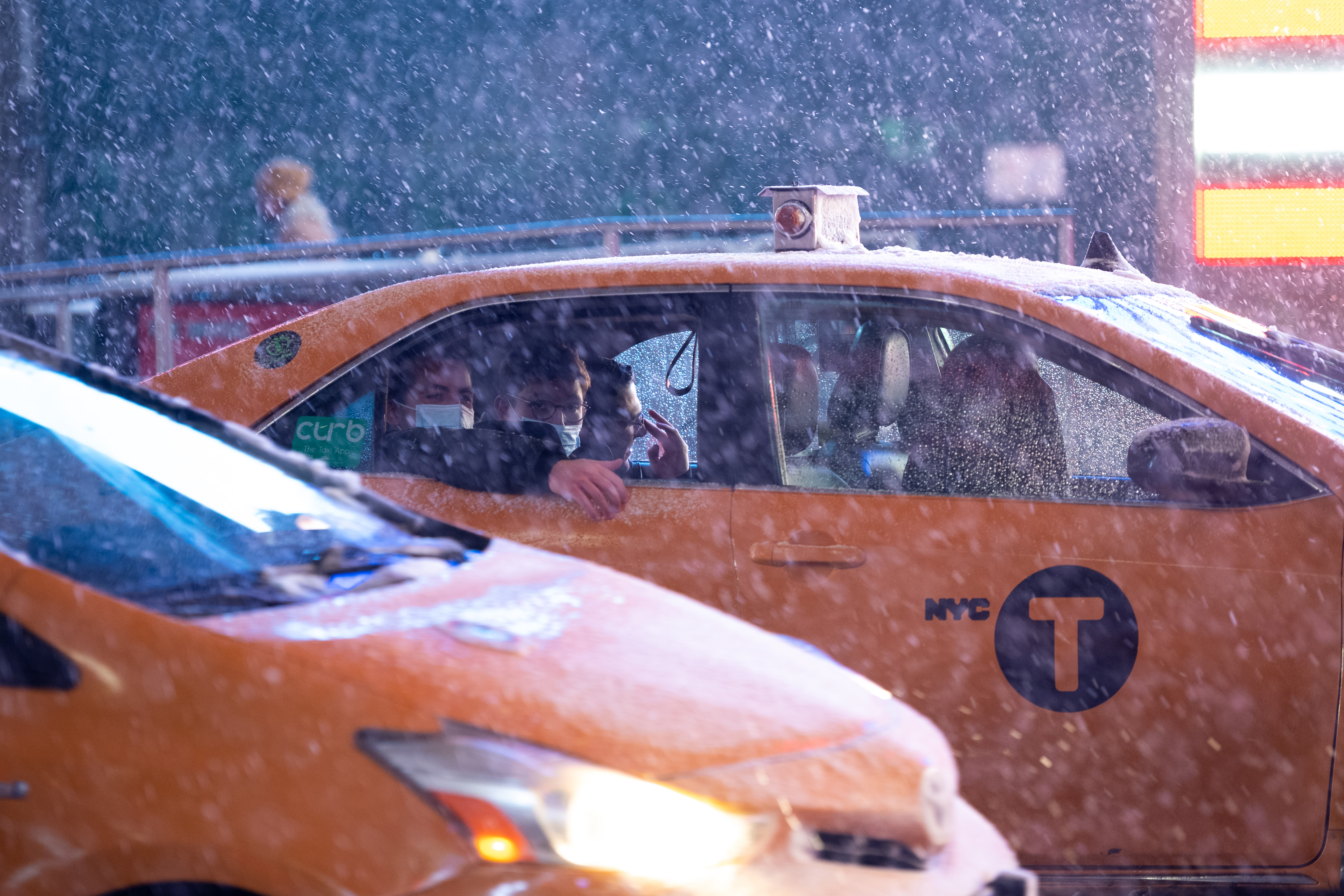 Hochul said the legislation will stand up to legal scrutiny. The Senate passed it 38-19.

But the leader of the Rent Stabilization Association, the largest organization of landlords in New York, vowed Wednesday to sue to block the moratorium in federal court.

“This is blatant contempt of SCOTUS’ order," the group's president Joseph Strasburg, whose organization, along with five individual landlords, challenged the state’s eviction ban, said.

Strasberg said the new moratorium would be too similar to the old one. He criticized it for lacking an income limit, and said it shouldn't be up to landlords to prove tenants don't have a hardship.

Months ago, lawmakers had expected New York wouldn’t still need an eviction moratorium this fall because the state approved a $2.4 billion fund expected to help as many as 200,000 households late on their rent.

But New York has released only a small percentage of that money so far: $230 million to over 15,000 households as of Wednesday.

Hochul has vowed to get the money out more quickly. The legislation also boosts the fund to $2.6 billion.

Meanwhile, she's urging tenants to apply for rental assistance. Those who qualify for months of back rent can receive up to a year of protection from eviction for having failed to pay that rent.

Under the new legislation, courts will be able to look up whether a tenant has applied for rental assistance.

And landlords will be able to launch eviction proceedings against such tenants who are “a nuisance or has inflicted substantial damage to a property.”

Republicans blasted Democrats for pushing the bill through with little time for lawmakers to read it over, and without setting aside funds for extra months of rental relief.

“This legislation will only ensure that landlords will have to reach deeper into their own personal savings and loans to cover mounting expenses, including mortgages, utilities and property taxes,” Assemblyman Michael Fitzpatrick, ranking Republican on the Assembly Housing Committee, said.

With New York's eviction moratorium set to expire Tuesday, renters have until midnight to file for rental asisstance in order to protect themselves from eviction. NBC New York's Romney Smith reports.

The bill passed Wednesday will also set aside $150 million more in rental assistance for tenants above the income threshold and for small landlords whose tenants have left the unit. Another $25 million will cover legal counsel for tenants unable to afford counsel in eviction proceedings.

Separately, the legislation will also allow state and local bodies to hold meetings remotely without allowing members of the public to attend in-person.

“There is no reason why simple announcements in terms of who the executive director is and who the chairperson is were not done in time, but I’m going to make up for that lost time, and I want those decisions made,” Hochul said Tuesday night.

The move drew praise from the industry group representing medical cannabis growers, who are lobbying the state to also expand medical licenses.