New York state launches more than a dozen new COVID-19 testing sites Wednesday in almost all 10 regions amid an omicron surge that has generated record cases on a near-daily basis (and record testing) over the last two weeks.

Appointments opened Monday for the sites now just opening their doors and vanished almost immediately. They're filled in New York City and on Long Island through Sunday, but all 13 sites accept walk-ins for those willing to wait potentially hours on line. See the full list of locations at the bottom of this page or learn more.

More sites run by the city are expected to open later this week, while federal mega-sites are planned. Localized pop-up efforts also continue amid of crush of testing demand so intense people have been seen literally climbing over to snare free at-home kit.

The fuel for the ever-increasing demand is no secret. According to the latest state data, nearly 40,000 people tested positive in New York City just yesterday. The city says the number of people admitted to the hospital for COVID-like illnesses on Monday was 396, up 20% from Sunday.

But the grim numbers don't stop there. There's been a 10-fold increase in transmission across the city. The hospitalization rate -- the seven-day average of NYC residents per 100,000 who are in a hospital with COVID -- doubled in the last five days.

About 2,012 of every 100,000 Manhattan residents tested positive in the last seven days, according to the latest transmission data posted by the city. The rate across all five boroughs is 1,742 per 100,000. Most omicron-linked cases are mild compared with cases associated with delta, particularly for vaccinated and boosted New Yorkers. For those who aren't yet vaccinated, the outcomes are different.

The spike has led to increased hospitalizations in New York City and state among unvaccinated individuals and children, and staffing shortages in the medical and transit industries --- affecting not only airlines but NJ Transit and the MTA. 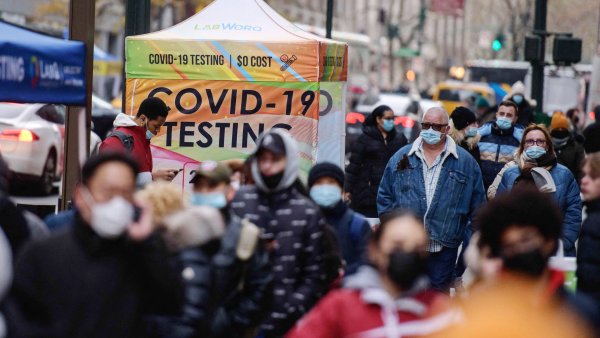 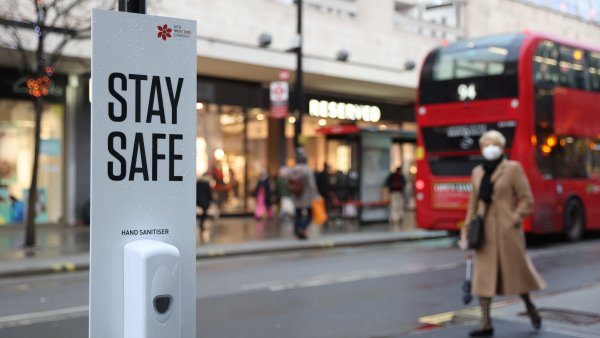 The severity of omicron is taking its toll, generating record-breaking case increases as cities from coast to coast scramble to try and slow the spread. NBC News' Liz McLaughlin has the latest from the head of the CDC on the incubation period and more.