Across the country, anti-vaccine and anti-mask demonstrations are taking scary and violent turns

The Hawaii lieutenant governor watched in horror as protesters showed up outside his condo, yelled at him through bullhorns and beamed strobe lights into the building to harass him over vaccine requirements.

A parent in Northern California barged into his daughter's elementary school and punched a teacher in the face over mask rules. At a school in Texas, a parent ripped a mask off a teacher's face during a “Meet the Teacher” event.

A Missouri hospital leader was approached in a parking garage this week by a man from Alabama who handed him papers accusing him of “crimes against humanity,” and it was not the only in-your-face encounter over vaccines and masks. School board members, county commissioners, doctors and local leaders are regularly confronted at meetings and in public with angry taunts that compare them to the Taliban, Nazis, Marxists and the leaders of Japanese internment camps.

Across the country, anti-vaccine and anti-mask demonstrations are taking scary and violent turns, and educators, medical professionals and public figures have been stunned at the level at which they have been vilified for even stating their opinion. And they have been terrified over how far protesters will go in confronting leaders outside their homes and in their workplaces. 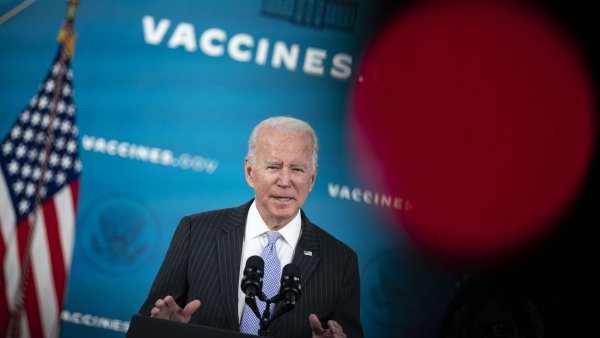 “The heat definitely got turned up this week," said Shannon Portillo, a county commissioner in Kansas who was berated at a meeting Wednesday in which the board mandated masks indoors for unvaccinated children. "It got much more hostile than anything I had seen.”

The pandemic rage has coincided with a surge in COVID-19 cases and hospitalizations, a growing movement to require vaccines and a new round of mask requirements, most notably in schools where exhausted families had hoped the worst days of the virus were over. Now, the country is averaging nearly 1,000 coronavirus deaths a day.

Anger from parents over masks has been simmering in rural Amador County in Northern California, and it reached a peak earlier this month when for the first time a teacher was attacked. A father became irate when he saw his daughter come out of school wearing a mask but teachers in a lounge were unmasked. Vaccinated staff are allowed to take off their masks if students aren't present, said Amador County Unified School District Superintendent Torie Gibson. The father was told this and left, but returned later to speak with the principal.

A concerned male teacher went to the principal's office. An argument ensued and the father struck the teacher.

“The teacher had some lacerations and bruising on his face and a knot on the back of his head,” Gibson said.

He was treated at a hospital and returned to work the following day. Still, the incident has shaken teachers and the community.

“The teachers have definitely been on edge. They are fearful because the last thing they want is to have an issue with a parent,” Gibson said. “They definitely looked over their shoulder for quite a few days, but I think things are now a little bit more calm.”

Meanwhile, the father is prohibited from entering the school and could face prosecution.

Since Hawaii announced a mandate earlier this month that state and county workers would have to show proof of vaccination or face weekly tests, 50 to 100 unmasked vaccine opponents have gathered almost nightly outside the downtown Honolulu condominium building where Lt. Gov. Josh Green lives with his wife and two children, ages 14 and 10.

Some yell into bullhorns and shine strobe lights into apartment units, Green said. Flyers with his photo and the words “Jew” and “fraud" have been plastered around the neighborhood. Green, who is Jewish, has been tearing them down and turning them over to the state attorney general’s office.

He understands the right to protest, but not why demonstrators subject bystanders to such rage.

Ironically, Green wasn't home during a recent intense weekend of protests. He was on the Big Island working on his other job as an emergency room doctor and treating mostly COVID-19 patients during a record surge in coronavirus hospitalizations in the state.

“I will personally be taking care of these individuals in the hospital as their doctor when they get sick from refusing to wear masks and refusing to be vaccinated,” he said.

In Kansas, commissioners in Douglas County in the Lawrence area were confronted with an angry, mostly unmasked crowd Wednesday before they mandated indoor public masks for 2- to- 12-year-olds who are too young to be vaccinated. During four hours of public comment, opponents invoked the Holocaust, the Taliban and Japanese internment camps.

As the granddaughter of a Holocaust survivor, Portillo was outraged at the comparisons.

“It is really insulting to families all over who lost loved ones in genocides,” she said.

Researchers, professors and political experts have varying opinions about how and why discourse seems to keep plunging to new lows over the pandemic, but many agree that social media is a big factor.

Barbara Rosenwein, professor emerita at Loyola University Chicago and author of “Anger: The Conflicted History of an Emotion,” said social media can make minority views look more like the majority. On the many social media platforms, people validate each other's anger as being from a just and righteous place.

“Over time the possibility of feeling righteous anger has become democratized. Everybody feels almost obligated to feel it,” Rosenwein said. “That locks you into a position that will allow for no compromise, which is terrible for our country.”

That anger also makes it seem OK to buck authority such as teachers and government at a time of heightened culture wars on topics like education. Getting punished or even arrested might feel like “a badge of courage," she said.

“I don’t think these people are running into old-age homes and telling granny she better not get vaccinated,” Rosenwein said. “I think they’re telling the school teachers because teachers represent an elite that’s teaching their kids.”

Rosenwein said there's no grand, one-size-fits-all solution to talking to a friend or family member who may be taking an anti-mask and anti-vaccine stance to extreme levels.

“You have to start where they are ... 'Let’s hear your reasons and try to go from there,'” Rosenwein said.

Dr. Cadey Harrel, who practices family medicine in Tucson, Arizona, was among four health care workers who testified in favor of mask mandates earlier this month at a local school board meeting. She recently transferred her children out of that school district over the issue but still felt compelled to speak. An anti-mask group of four or five followed them out of the building after the meeting.

“They started saying things along the lines of we were paid actors, we were paid to be there, that masks don’t work,” Harrel said. “They were getting right in our face.”

Harrel was unnerved but felt better after a few teachers thanked them for talking. And that motivated her to keep testifying at public meetings to provide a voice of science and reason amid all the outrage from mask and vaccine opponents.

“The thing is that somebody’s got to speak up," she said.