"There will be no more closure going forward and the city that never sleeps is again going to have 24/7 service," the MTA chairman said Sunday

Around-the-clock subway service has returned to the Big Apple, part of several major reopening steps for New York and the rest of the tri-state this week.

MTA Chairman Pat Foye announced the county's largest public transit system had returned to its 24/7 service as of Sunday morning. It comes as the MTA records more than 3.3 million daily weekday riders between trains and buses.

The subway system, long celebrated for its all-night service, starting shutting down for four hours every night last spring to allow for daily sanitizing in an effort to protect riders from the spread of the virus. For the last several months, that nightly closure had been reduced to two hours between 2 a.m. and 4 a.m.

Subway ridership took a major dip in the early days of the pandemic. Statistics show subway service is still down more than 50 percent compared to pre-pandemic days, but subway turnstiles recorded more than 2 million swipes or taps earlier this month for the first time since the pandemic began.

Foye unveiled the MTA's new campaign "take the train," aimed at getting ridership back up to pre-pandemic levels. In lieu of nightly cleanings during periods of overnight closures, MTA crews will quickly disinfect trains once they are unloaded at terminal stops before they're returned to service.

In addition to ensuring riders' safety amid the ongoing pandemic, MTA leadership is trying to ease concerns around violence as the NYPD issues new reports of subway attacks. Over the course of several hours Sunday morning, three straphangers were assaulted or robbed at gunpoint within the transit system.

Police said a 74-year-old woman was among those injured in the span of fours hours. She was waiting for a train at Union Square when a 56-year-old woman allegedly walked up and punched her in the face. The attacker was immediately apprehended in the station by nearby transit officers, the NYPD said.

"Riders can trust that we're doing everything we can to keep them safe and promote public health. I'm proud to say that we'll be expanding and extending our successful public vaccination problem, which since we started last Wednesday has vaccinated over 5,000 New Yorkers," Foye said.

Pop-up sites at Penn Station, Grand Central, East 180th Street and Broadway Junction will continue to offer COVID-19 vaccines through May 22. New Yorkers who stop to get their vaccine at one of the pop-up sites will receive a free seven-day MetroCard. 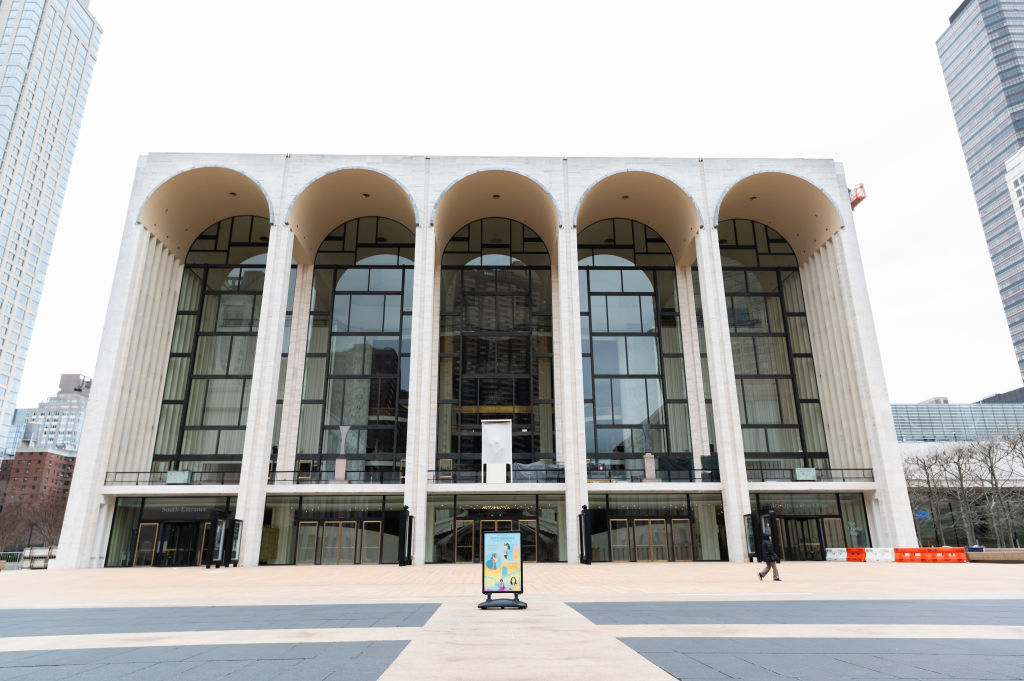 The Future of Work Places in NYC May Look Different, as Many Offices Still Sit Empty

Some industry-specific requirements will remain in effect for a longer period of time around health screening, air filtration and contact tracing, for example, Gov. Andrew Cuomo noted, but from the statewide perspective, they will be essentially gone in barely more than two weeks. That means no executive-ordered limits to how many people can be in retail and food services establishments, gyms, amusement and family entertainment businesses, hair salons, barbershops, offices and more at one time.

The only capacity limits that will remain in place across New York and New Jersey as of May 19 are for large-scale indoor and outdoor venues and indoor/outdoor social and residential gathering limits. Large indoor and outdoor venues will go to 30 percent and 33 percent max capacity that day. Proof of vaccination or recent negative COVID test will still be required in New York. Cuomo said the three tri-states are working to coordinate joint COVID protocol for those big arena spaces going forward.

The Empire State will also keep its overarching social distancing requirement pursuant to CDC recommendations, as will New Jersey, except in the case of gatherings at New York events -- like big sports competitions or concerts -- where all those present provide proof of immunization or recent negative COVID test.

Wednesday's step in reopening follows other significant steps for New Yorkers that brought back long-suspended or restricted activities. Within the last two weeks, bar seating returned to New York City for the first time in well more than a year and indoor dining capacity expanded to 75 percent. 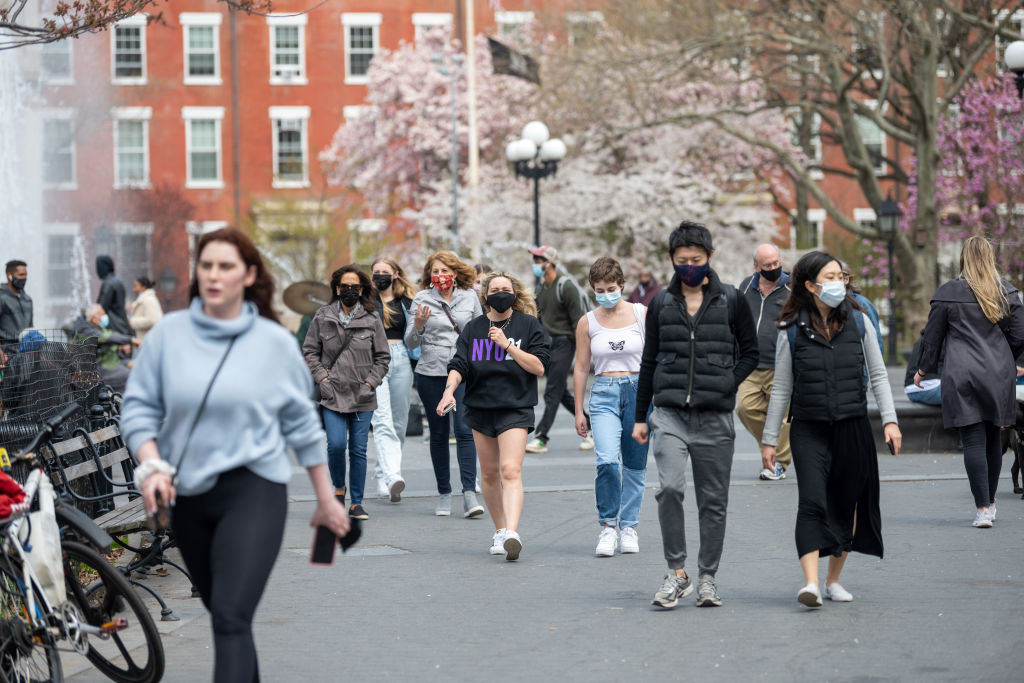 Love Free Stuff? NY Rolls Out Suite of Incentives to Get People Vaccinated as Rates Plunge 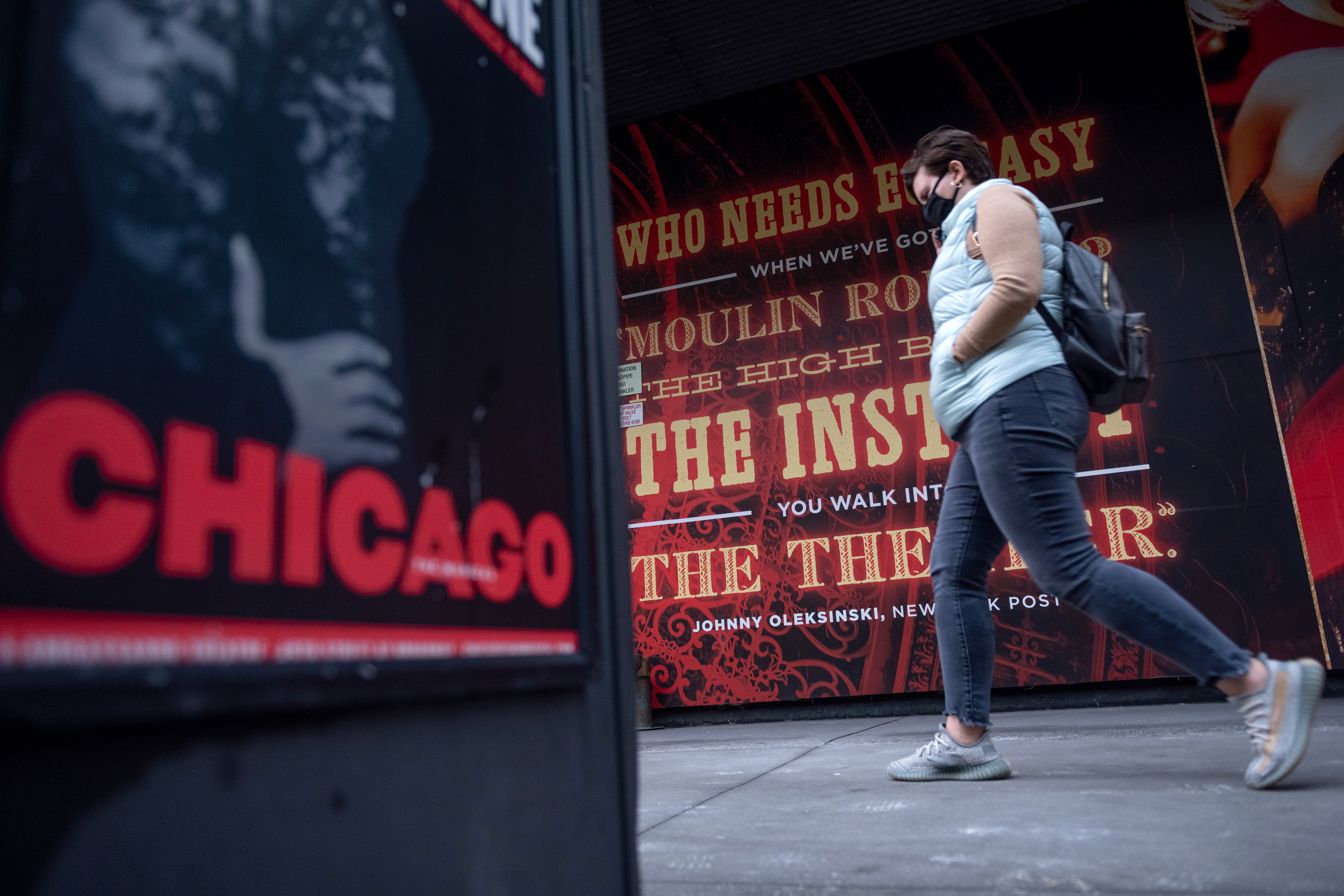 ‘Welcome to New York': Vaccine Open to Any US Resident 16 and Older in NYC

The Big Apple took a major step in its road to recovery one week ago by expanding vaccine eligibility throughout New York City to any U.S. resident 16 years and older.

The expansion of vaccine access to anyone outside of the city, regardless of residency or employment status, could be just the signal to welcome back tourists long absent from the city the past 14 months.

The push to vaccinate tourists also comes as the city looks to recover about $60 billion worth of economic contributions from tourism, according to state estimates and bring back nearly 90,000 industry jobs that were lost at the same time. Much of the city's revenue relies on out-of-town traffic, and that could get another boost soon, too.

A handful of Broadway productions resumed ticket sales early Thursday after Cuomo greenlit a full capacity reopening of the Great White Way by mid-September, while others, including some of the most iconic shows, are expected to join soon.

See our rolling list here. Some smaller productions may need more time to get their scheduling in order after the year-plus shutdown.

Cuomo said the state doesn't have the authority to require attendees to be vaccinated before attending a Broadway show, but individual theaters can choose to mandate that on their own. (And they can use the state's Excelsior Pass to confirm vaccinations.)

Well before theaters fully reopen in the fall, New York will begin to pilot reduced social distancing by June 19 at large-scale indoor venues like some Broadway theaters in assigned, seated sections designated for those who are fully vaccinated, Cuomo said.