Mayor Bill de Blasio announced Tuesday that later this month the city will begin requiring anyone dining indoors at a restaurant, working out a gym or grabbing cocktails at a bar to show vaccination proof

Michael Musto can't bring himself to ask his regulars at his Staten Island restaurant, Cargo Cafe, to prove they've been vaccinated against the coronavirus.

So if New York City presses on with its plans to require eateries, bars, gyms and many other public gathering places to require patrons to show proof of vaccination before coming indoors, he will again shutter his dining room and move operations outside.

“I just don't see myself doing that, asking for proof,” Musto said. Barely half of his neighborhood’s residents have been fully vaccinated against COVID-19, according to city statistics. Some remain defiant about getting vaccinated, even amid a new surge in infections in the city.

Across the city first doses of the COVID vaccine are up 40% as Mayor de Blasio announces proof of vaccine necessary to dine indoors and attend gyms. NBC New York's Gilma Avalos reports.

Mayor Bill de Blasio announced Tuesday that later this month the city will begin requiring anyone dining indoors at a restaurant, working out a gym or grabbing cocktails at a bar to show proof they’ve been inoculated. Workers at such establishments would also have to prove that they’ve had at least one shot of an approved vaccine.

The move is being closely watched by other U.S. communities — perhaps as a model but also as a possible example of governmental overreach.

For months, the country has been forced into a reckoning over whether — and how — to curtail public life, including how and where people gather, whether they should be required to wear masks and how far to push them into getting vaccinated.

“Anything less than vaccination isn’t going to get us where we need to go,” the mayor, a Democrat, said earlier in the week.

“It’s pretty straightforward,” de Blasio said. “You check their vaccination status. If they have it, great. If they don’t, turn around.” 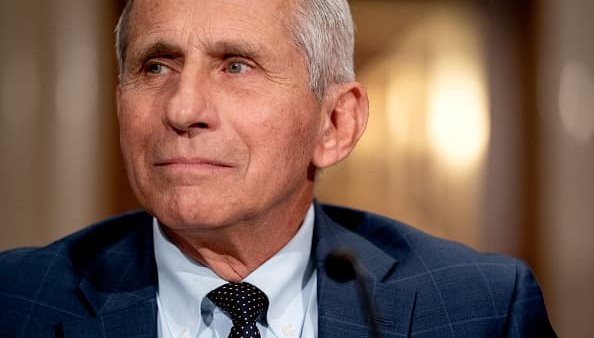 Dr. Fauci: ‘Things Are Going to Get Worse' — Here's What That Could Look Like 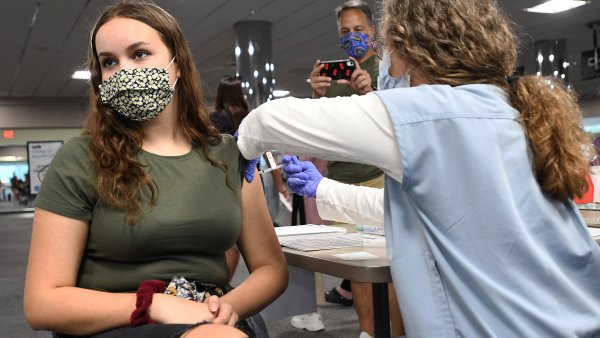 City officials said details are still being worked out, including enforcement and consequences for businesses that refuse to comply. Inspections would not begin until at least Sept. 13. When the city health department mandated masks, violations carried fines of up to $1,000.

Some business owners could try to challenge the policy in court, perhaps arguing that the city overstepped its authority or is applying the rule inequitably. Some religious groups, for example, successfully challenged state pandemic rules that put capacity limits on houses of worship, but not on other liquor stores or bicycle shops.

“It’s really like a no shirt, no shoes, no service thing,” he said. Proof of vaccinations would be added to the list of conditions necessary to receive service.

New York City is not mandating that residents be vaccinated but is goading them into doing so by preventing them from partaking in some aspects of public life. Already, most children are required to show proof of vaccinations against a host of childhood diseases to enroll in public schools.

New York City has mostly reopened its economy after being roiled by the outbreak. Bars and restaurants have welcomed customers back inside their establishments.

Tourists like Vasu Pabbaraju, visiting from San Jose, California, are also returning. He and his family were snapping photos at Times Square before grabbing a table at a nearby Olive Garden.

If asked for proof of vaccination — he has an image of his card on his phone — he’d readily comply. “I won’t get offended by it. In fact, it puts me at ease knowing that I’ll be eating around other people who have been vaccinated,” he said.

Sarah Dubois, a visitor from Las Vegas, agreed. “I’d rather get things back to normal as quick as we can,” she said.

“I don’t like the idea of it,” he said. “I don’t think it should be made mandatory by the government.”

Still, Silver said he would produce his vaccination card if asked.

Already, Broadway is requiring all audience members to show proof of vaccination to watch performances. The cast and crew would also have to be vaccinated.

But worry continued. On Wednesday, organizers cancelled this year’s New York International Automobile Show because of the surge in the delta variant of COVID-19 and “the increased measures announced recently by state and local officials to stop its spread.”

Musto, the Staten Island restaurateur, said he would follow the rules and hopes it will help move the city forward in its goal to persuade more New Yorkers to get vaccinated.

“It's a scare tactic maybe. Hopefully it will work,” said Musto, who said he and his employees have been vaccinated.

Musto had taken over the business just months before the outbreak prompted the city to shutter restaurants, bars and many other public places.

“I can't afford to have everything shut down again,” he said. “If that happens, I might have to close permanently. I'm in no position to move backward.”