An increasing number of unauthorized immigrants are falling through the cracks due to the coronavirus pandemic, advocates and nonprofits say, after formerly working in hard-hit industries — such as restaurants, hospitality or construction — and the lack of income has impacted their ability to afford food and rent, pushing some out of their homes

Sotero Cirilo sleeps in a small blue tent under a train track bridge in Elmhurst, Queens.

The 55-year-old immigrant from Mexico used to make $800 per week at two Manhattan restaurants, which closed when the COVID-19 pandemic started. A few months later, he couldn’t afford the rent of his Bronx room, and afterward, of another room in Queens he moved into.

“I never thought I would end up like this, like I am today,” he said in Spanish, his eyes filling up with tears.

Cirilo, who mainly speaks an indigenous language called Tlapanec, is part of an increasing number of unauthorized immigrants who are falling through the cracks due to the coronavirus pandemic, some advocates and nonprofits say. They worked in hard-hit industries — such as restaurants, hospitality or construction — and lack of income has impacted their ability to afford food and rent, pushing some out of their homes. 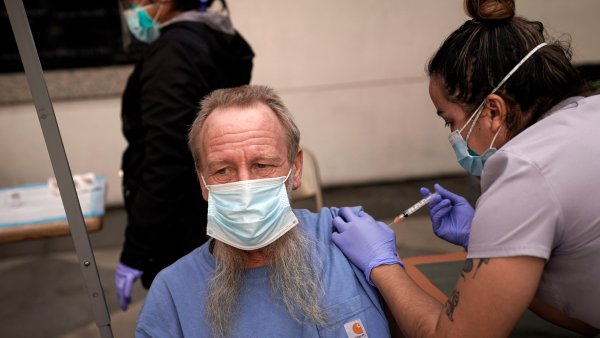 Homeless Americans Finally Getting a Chance at COVID-19 Shot 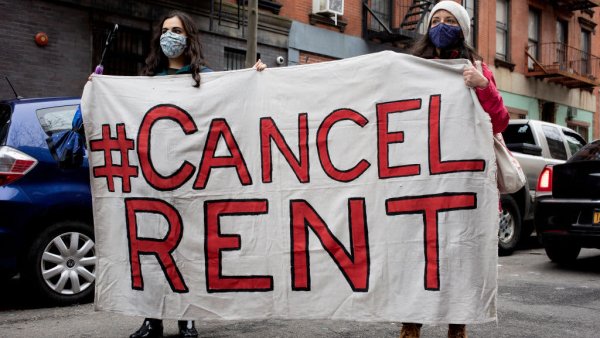 How Historic Eviction Bans, Activist Organizing and Billions in Rental Relief Kept Tens of Millions of People in Their Homes During the Pandemic

Unemployment among Hispanic immigrants has doubled in the U.S., going from 4.8 percent in January 2020 to 8.8 percent in February 2021, according to the Migration Policy Institute. These numbers don’t take into consideration immigration status but activists and social workers in states like New York or California say more vulnerable immigrants, whom often don’t qualify for aid, are finding themselves without a home.

“I have seen an increase of encampments of immigrants experiencing homelessness in Queens. Each has five or six tents,” said Yessenia Benitez, a 30-year-old licensed clinical social worker who helps these groups.

“Right now, they are adapting by collecting bottles but they are working folks. They want to contribute to society. And before the pandemic, they were contributing to society, some of them were paying taxes,” said Benitez.

In New York, Cirilo’s tent is next to others that Benitez bought for several homeless immigrants that set up the Elmhurst encampment in September.

Recently, the group sat on top of milk crates and talked below a wall painted with colorful graffiti. Next to the tents, there are backpacks, blankets and bags full of empty bottles and cans for recycling. Three small dogs laid next to the men, accepting their gentle pats.

Getting COVID-19 vaccines into the arms of all Americans is hard enough. But vaccinating homeless communities poses additional challenges that are even trickier to overcome. They include getting homeless people to mass vaccination sites or bringing the vaccines to the streets, as well as overcoming their mistrust of health officials. Ben Oreskes, a reporter with the Los Angeles Times, joined LX News to talk about those challenges, and what progress is being made.

Alfredo Martinez’s tent is green. Also a Mexican immigrant, the 38-year-old Martinez used to work in construction but his hours were reduced when the pandemic started. Lack of steady income increased tensions with a roommate and he ended up in the street, where he has lived for the last four months.

Martínez now works sporadically as a day laborer and is hoping to save enough to rent a room and also afford the 40-hour Occupational Safety and Health Administration training course he says he needs to have more steady construction employment.

“The pandemic started and my world came crashing down,” Martínez said. “This is the first time something like this happens to me. But I think it is temporary. I hope it is temporary.”

Business leaders in midtown are calling on Mayor de Blasio to move unhoused New Yorkers out of hotels in the neighborhood. Chris Glorioso reports on the issue.

According to a recent New York City report, there are approximately 476,000 unauthorized immigrants in the city. The Mayor’s Office of Immigrant Affairs estimated in the report that 60 percent of unauthorized workers have already lost their job or are at risk of losing their job during the pandemic, compared to 36 percent of all workers.

Immigrants in the country illegally can’t access stimulus help or unemployment benefits even if they pay taxes. Some cities and states have, however, pushed efforts to help.

New York lawmakers recently created a $2.1 billion fund to aid workers who lost jobs or income during the pandemic but were excluded from other government relief programs because of their immigration status. The program is the largest of its kind in the U.S.

Spokespeople at the U.S. Department of Housing and Urban Development said they had no data they could provide now on the impact of the pandemic on homelessness.

In California, the Hope of the Valley Rescue Mission is partnering with the city of Los Angeles to open tiny homes to people struggling with homelessness. Founder and CEO Ken Craft joined NBCLX to explain how tiny homes help restore dignity, safety and a sense of autonomy to its residents.

Cirilo, the 55-year-old Mexican experiencing homelessness in Elhmurst, said he hopes to move back to his native country one day.

“My children have asked me to go back,” he said. “But I can’t go back like this.”