‘We Are Not in Alarmist Mode:' Hochul Stresses Context Amid Latest COVID Variant Fears

"We've learned a lot. We know how to handle this. We are not in alarmist mode," New York's governor said of the latest COVID concerns Monday. "We are not panicking over this. We're just watching the numbers."

Gov. Kathy Hochul sought to reassure New Yorkers' latest COVID variant concerns Monday in her first live briefing on the subject since lifting most state mask mandates weeks ago, saying the state never stopped preparing for the next phase.

And this phase, featuring the emergence of an omicron subvariant BA.2, one that may be more contagious than the strain that sent cases and hospitalizations soaring worldwide, should not be assessed without proper context, she said.

And while the statewide rolling positivity rate is the highest it's been since the end of February, it remains a touch below 2%. New York City's rolling average is 1.4%.

And vaccination trends are the only ones continuing their steady trends up, albeit not at a fast enough pace regarding children as New York officials would like.

Overall, New York's COVID numbers are still incredibly low compared with the January peak, Hochul stressed, but the state is prepared to adapt as needed.

"We're monitoring the numbers intensely," Hochul said, referencing the recent uptick in infections while hospitalizations remain at a seven-month low. "We’ve never taken our foot off the gas when it comes to our preparedness for dealing with this pandemic. We’ve never had a high-five that it’s over. We’re adapting to the circumstances and reopening in a way that I still believe should continue."

"We've learned a lot. We know how to handle this. We are not in alarmist mode," she added. "We are not panicking over this. We're just watching the numbers."

The Democrat delivered her remarks from the noted Wadsworth Center, one of the premier genomic sequencing labs in the country that has been working to isolate COVID strains, among other pandemic efforts, for the last two-plus years.

See Hochul's complete Monday COVID briefing in the player below.

The latest variant, BA.2 or "stealth" omicron, as some call it, isn't exactly new -- but it is expected to become the dominant U.S. strain, experts have said. There's no evidence at this point BA.2 causes more severe illness or risk of hospitalization or that current COVID vaccines are less effective against it, but more data is needed.

New York's breakthrough data, for example, lags by a few weeks, so there's no data on breakthrough cases for fully vaccinated residents available post-omicron plunge. Its reinfection data, which was last updated the first week of March, shows no increase at that point, with a reinfection rate of 0.7 per 100,000 residents reported. That was stable compared with the prior week and down slightly over two weeks.

The latest data from the Wadsworth Center shows omicron has accounted for 99.5% of all positive state samples tested there since January, while the BA.2 variant now makes up 42% of that, one of Wadsworth's scientists said Monday.

"It is not surprising but it has increased more slowly in New York and elsewhere in the U.S. than in many other countries," she said of its rate of growth in prevalence.

New York state's health commissioner, Dr. Mary T. Bassett, sought to underscore that point, saying the BA.2 variant "is creeping up, but it hasn't been the cliff that all of us recognize with omicron. Other countries have seen a more familiar spike, Bassett said, noting patterns of transmission are directly related to vaccination.

"So far we have seen these upticks but we haven't seen this vertical type rise," Bassett added. Asked about accurately tracking case spikes at a time when most people have access to at-home testing, she said the state has pivoted its focus to hospitalizations to tell the most accurate picture. And it continues to develop.

According to the CDC's latest update, the BA.2 variant accounts for 39% of COVID circulating in New York and New Jersey right now. By comparison, it's responsible for a quarter of new infections nationally. Its prevalence doubled in about a week, but its case share should rise when the CDC updates its variant data Tuesday.

So how worried should you be? Not much, experts say. The Biden administration's incoming COVID czar and New York City's new health commissioner both sought to assure an overly anxious public late last week that while BA.2 may lead to a spike in cases, it is not expected, at this point, to trigger another major viral resurgence.

Yet as hard-hit New York, and the rest of the nation, finally embark on the closest return to normal they've seen in years, nerves are fragile across the board -- especially with an uptick already underway. But it only applies to cases right now.

The story is similar in New York City, where the rolling case average is up 9% over the rolling averages for the prior four weeks. Hospitalizations and deaths are both on the decline, dropping by 52% and 50% on the same metric.

The current alert level for the five boroughs is "low," according to the community-based risk assessment tool the mayor debuted this month for tracking the threat. 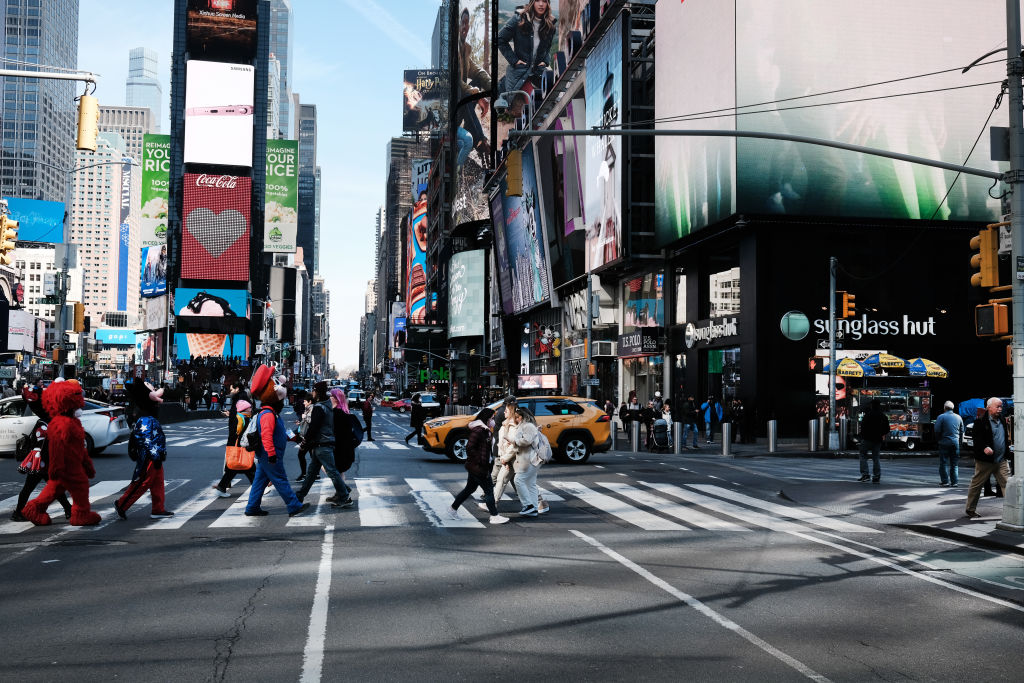 ‘Stealth' COVID Variant Spreading Faster in NY Than US, CDC Says: What to Know About BA.2 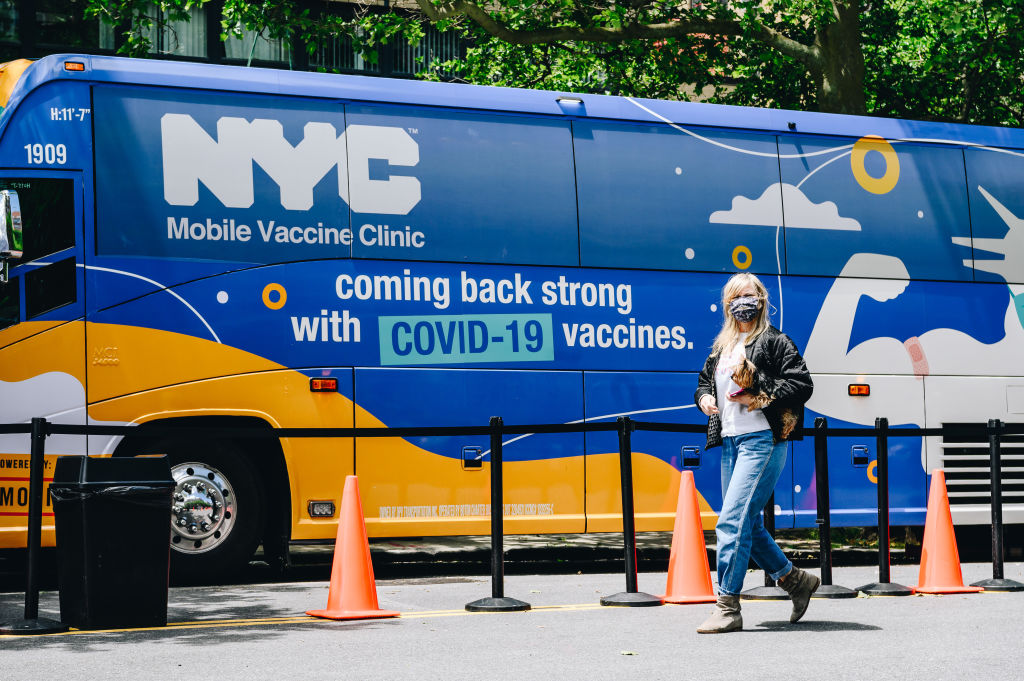 It doesn't get any lower than that.

The latest concerns come two weeks after New York City lifted its mask mandate for hundreds of thousands of public school students and its COVID vaccine-proof rule for businesses.

Kids younger than age 5, who are ineligible for vaccination, are still required to wear masks indoors, but Mayor Eric Adams has said that might change soon.

The mask mandate for public transit, including subways, buses, airports and rails, remains in effect federally and locally. The U.S. government is expected to revisit that rule on April 18 after just announcing it would be extended another month.