Gov. Hochul Apologizes to Family Members of Those Who Died of COVID in Nursing Homes

The governor held an "emotional" meeting with seven family members, and said that she "apologized for the pain that those poor families had to endure as a result of their family members contracting COVID in nursing homes"

New York Gov. Kathy Hochul did something on Tuesday that her predecessor never did: Apologize to the families of COVID victims in the state's pandemic nursing home scandal.

Norman Arbeeny died at age 89 after contracting COVID inside a nursing home in Cobble Hill. His family demanded answers, asking why the state had signed off on a policy which essentially forced nursing homes to keep coronavirus patients.

For a year and a half, they received no answers. But that changed this week, when the Arbeeny family got to meet with Hochul, and got what they believe was a long overdue apology. 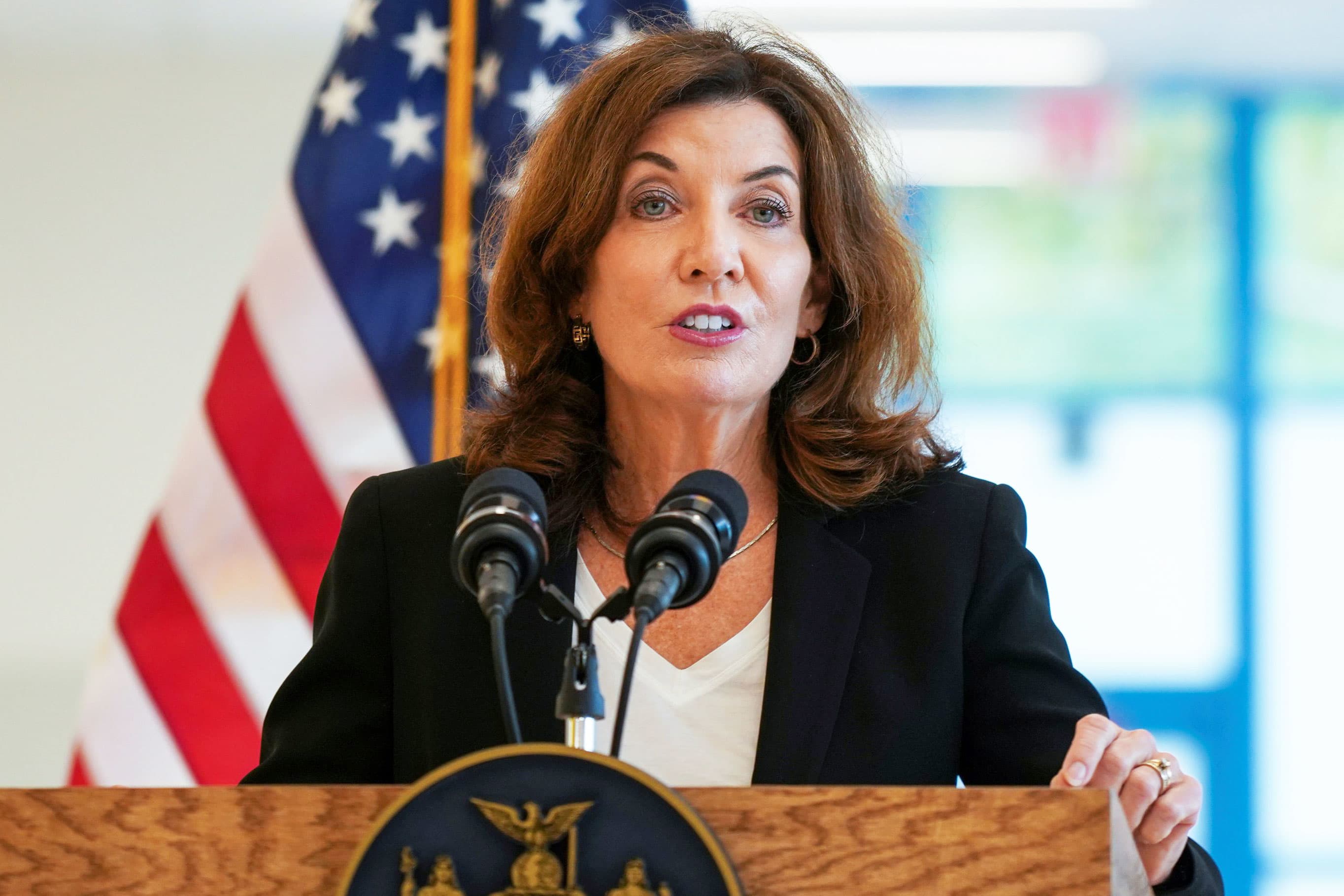 "We lost our father, and we were seeking answers," said Arbeeny's son, Peter. "Without an apology, people can't move on, and heal and forgive."

The governor met with seven family members on Tuesday, and said that she "apologized for the pain that those poor families had to endure as a result of their family members contracting COVID in nursing homes." She described the meeting as "emotional."

Hochul told NBC New York that the idea to meet with the family came about when she noticed a protest outside her office two weeks ago. Assemblyman Ron Kim — a frequent critic of former Gov. Andrew Cuomo as the nursing home death toll reached an estimated 15,000 — was leading the demonstration.

“I ran into Ron Kim in the middle of the intersection, and apparently he had just been out front protesting ... and I said you don’t have to stand out here to get my attention, come on inside," Hochul said.

"It’s clear she’s an empathetic leader. But now it’s up to us to determine whether empathy translates into real answers and solutions," Kim said.

While the apology mattered, the families had an agenda: They want a victims compensation fund as well as transparency. They want the state to “release all nursing home data and pending FOIL requests," according to a note that lists the meeting agenda.

"I handed the governor my father's death certificate," Peter Arbeeny said. "She was agreeable, which was heartfelt for me, for a re-audit."

Hochul made no promises on that front, except that she’s listening.

"We actually opened the lines of communication where there were none, and they recognized that as progress," Hochul said.

As for the demand for a victims compensation fund, the governor told them that it is a legislative matter. The state Legislature is not back in session until January.