An individual could theoretically get tested and in 15 minutes go to a dinner or movie, under the governor’s plan, which he said could also help get more people onto mass transit

New York Gov. Andrew Cuomo said Tuesday he wants to start opening restaurants, theaters and offices by launching rapid testing sites in New York City and eventually at hundreds of new sites in other city centers throughout the state.

An individual could theoretically get tested and in 15 minutes go to a dinner or movie, under the Democratic governor’s plan, which he said could also help get more people onto mass transit. Cuomo said he’ll partner with the real estate community and work with local governments to reduce bureaucratic hurdles. 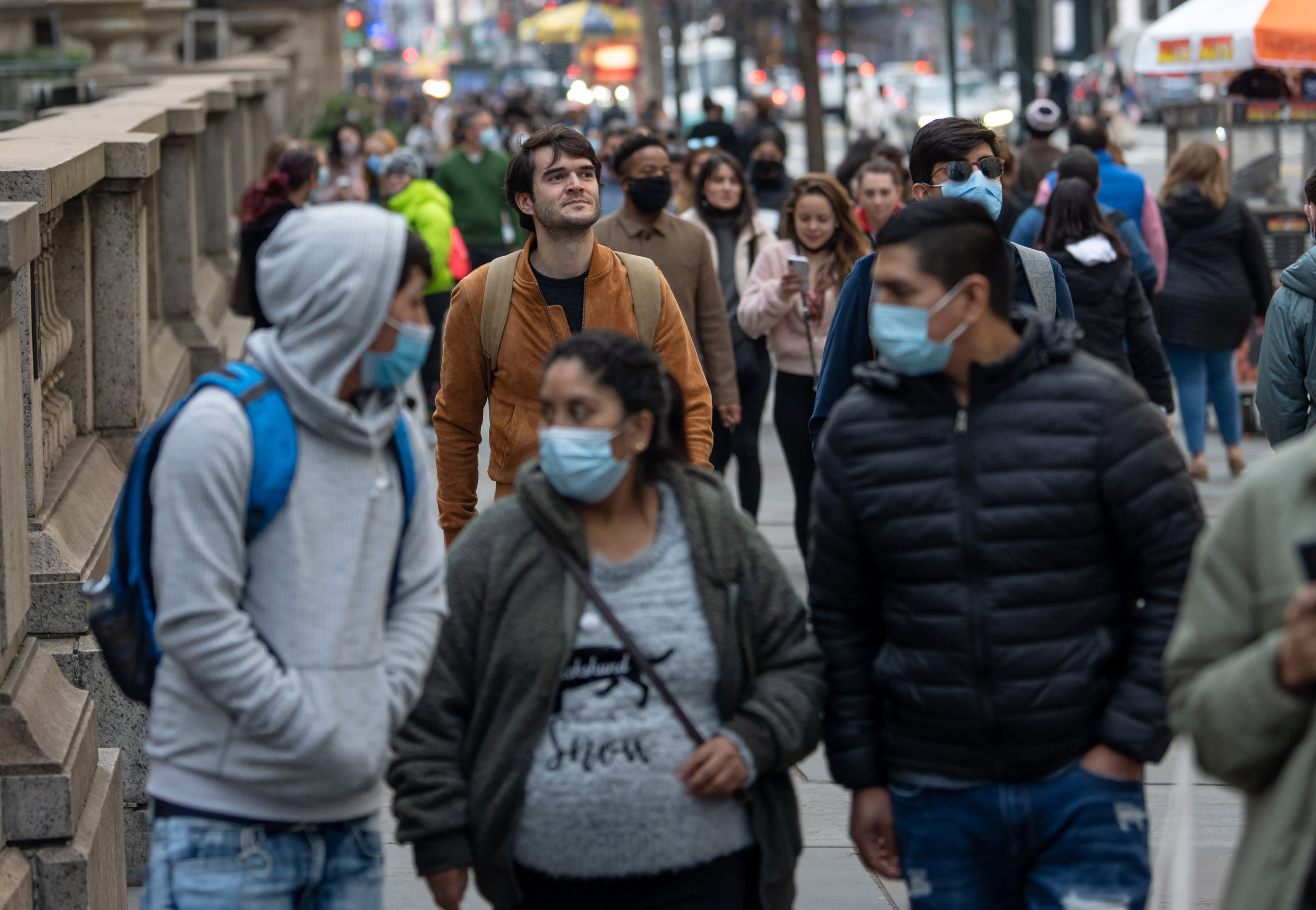 “You can imagine if people are going to the theater, to the restaurant, they’re likely to be feeling well,” Columbia University epidemiology and medicine professor Wafaa El-Sadr said.

“That’s when antigen tests are even more limited in terms of accurately identifying those with infections,” said El-Sadr, who is also director of the Global Health Initiative at Columbia’s Mailman School of Public Health.

CUNY public health professor Denis Nash said Cuomo’s initiative could create “a major equity issue” if testing’s only available to people who can afford it. The state Department of Health didn’t immediately respond to a question Tuesday about who’ll pay for rapid tests.

Nash questioned why New York would expand rapid testing for restaurants and theaters before launching widespread testing at all schools and for all exposed individuals.

“I would say after all of those higher-priority uses of rapid tests could be met and satisfied, then it would make sense to consider use for lower priorities,” Nash, executive director of the CUNY Institute for Implementation Science in Population Health, said.

Anyone flying to the U.S. will soon need to show proof of a negative test for COVID-19. The Centers for Disease Control and Prevention said Tuesday the order will take effect in two week. NBC New York's Ida Siegal reports.

New York has a higher per-capita infection rate than 37 other states and reported 210,000 new COVID-19 positive tests over the last 14 days — up 40 percent from the previous two weeks. Hospitals and nursing homes have reported about 1,200 COVID-19 deaths over the past seven days, up from nearly 500 for the first week in December.

New York’s economy shuttered last spring, when hospitals and nursing homes reported as many as 800 people who tested for COVID-19 dying each day.

Now, Cuomo has set a high bar for any new COVID-19 restrictions even as cases rise. He’s counting on federal aid to help replace lost tax revenue, but is stressing New York must reopen its economy in 2021 as more people get vaccinated.

He proposed rapid testing as a way to bring back New York’s $120 billion arts and cultural sector, which lost tens of thousands of jobs.

On Monday, three pharmacies on Long Island were overwhelmed as more than 1,000 people were trying to get their shots, and a scramble to stock up on vaccines has affected both individuals and vaccination locations. NBC New York's Greg Cergol reports.

“We must bring culture and arts back to life,” Cuomo said.

Cuomo’s effort to mass test around 7,000 fans before a Buffalo Bills playoff game held Saturday could potentially serve as a model, he said.

But Nash, of CUNY, said the Buffalo Bills pilot was “flawed” because fans were tested last Wednesday and Thursday — not game day. That opened the stadium door to infected fans who tested negative days earlier.

“To me that’s a flawed implementation of this idea,” Nash said.

He said no one could call the pilot a “success” without following up with every attendee, a move Cuomo’s administration isn’t taking.

Instead, the state plans to cross check the list of attendees with the list of people who test positive in New York in the next two weeks. State health officials said they aren’t able to track test results of about 281 out-of-state fans who attended the game.