The ending of both mandates marks a major turnaround for the city, once the worst pandemic hotspot in the country. Mask mandates for mass transit, though, will remain in place, Mayor Eric Adams said

For the first time in nearly two years, parents can send their kids to school in New York City without a face mask as New York City and New Jersey lift one of the longest-standing bastions of the COVID crisis. The removal of school mask mandates comes almost two years to the day the World Health Organization declared it a pandemic.

Also as of Monday, New York City businesses needn't check vaccine status of customers at the door. They can continue doing so if they choose, just like individual school districts can opt for stricter mask standards. But the sweeping rules are over.

Decisions to drop masks in schools found swift approval from a number of teachers unions. The New Jersey Education Association said it was "cautiously optimistic" it was safe if trends continued when Gov. Phil Murphy first announced his plans. And in New York City, the United Federation of Teachers agreed with the switch to an "optional mask system" after post-holiday testing showed no spike in cases.

"This is the responsible, thoughtful way to make our next transition," UFT President Michael Mulgrew said.

Face masks are still be required for New York City students younger than the vaccine-eligible age of 5, though, which affects some pre-K classes, all 3-K classes and many daycare and kids' programs overseen by the health department.

Parents of kids affected by the mandate's lifting can still send them to school with masks if they prefer, and schools will have face coverings handy for anyone in need. Adams acknowledged it may take time for some to feel comfortable without masks in certain settings and he says the city fully supports their right to discretion.

Kids of kindergarten age or higher or staff who return to school after testing positive for COVID or experiencing symptoms also have to wear masks until 10 days have passed since the diagnosis or symptoms.

Watch the mayor's full announcement in the player below.

Programs that include a mix of student ages within groups -- like pre-K classes that serve 4-year-olds and 5-year-olds or extracurricular programs with mixed ages -- likely will still have to keep the full mandate in place for consistency. A number of programs sent email notifications to parents Thursday night, after a City Hall official told Gothamist of the mayor's planned Friday announcement, on that policy.

Public schools will continue core COVID precautions like case surveillance and deep cleaning efforts, along with weekly testing. Almost 90,000 students and staff are being randomly tested each week under the city's COVID safety plan -- and more than 20 million rapid tests have been distributed to kids to take home.

"We will make proper public health decisions to keep our city safe. We will pivot if we see a reason to change any policies. We're going to be unafraid to make those adjustments and changes. COVID changes. It shifts, it modifies. We must be open to do the same," Adams said. "And if we see a rise in cases or hospitalizations, we're going to come back. It's imperative we know this battle is still on." 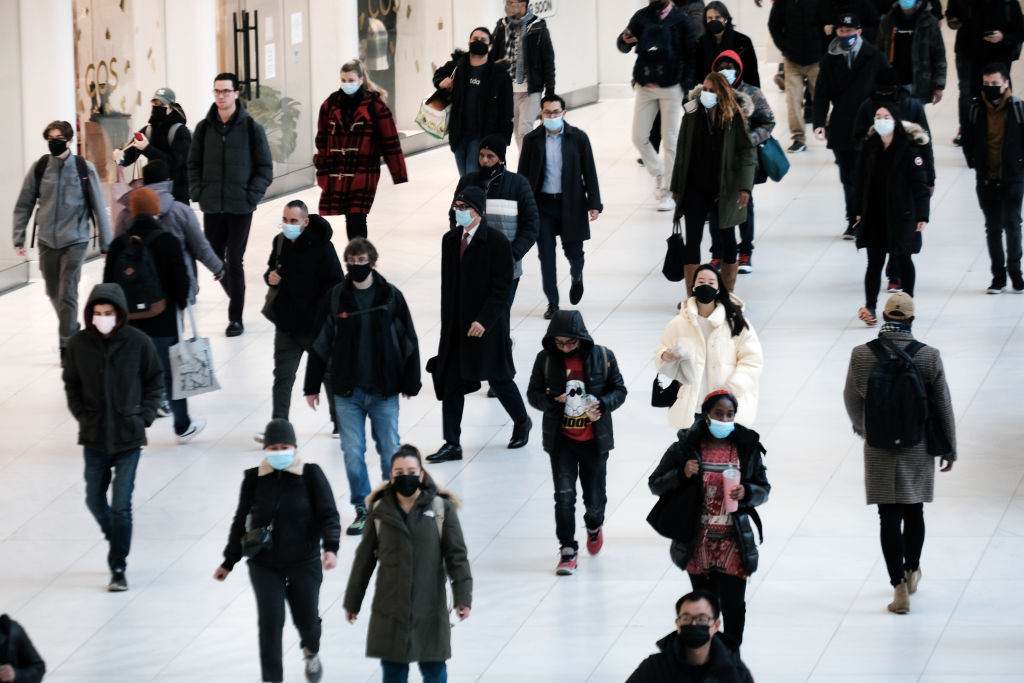 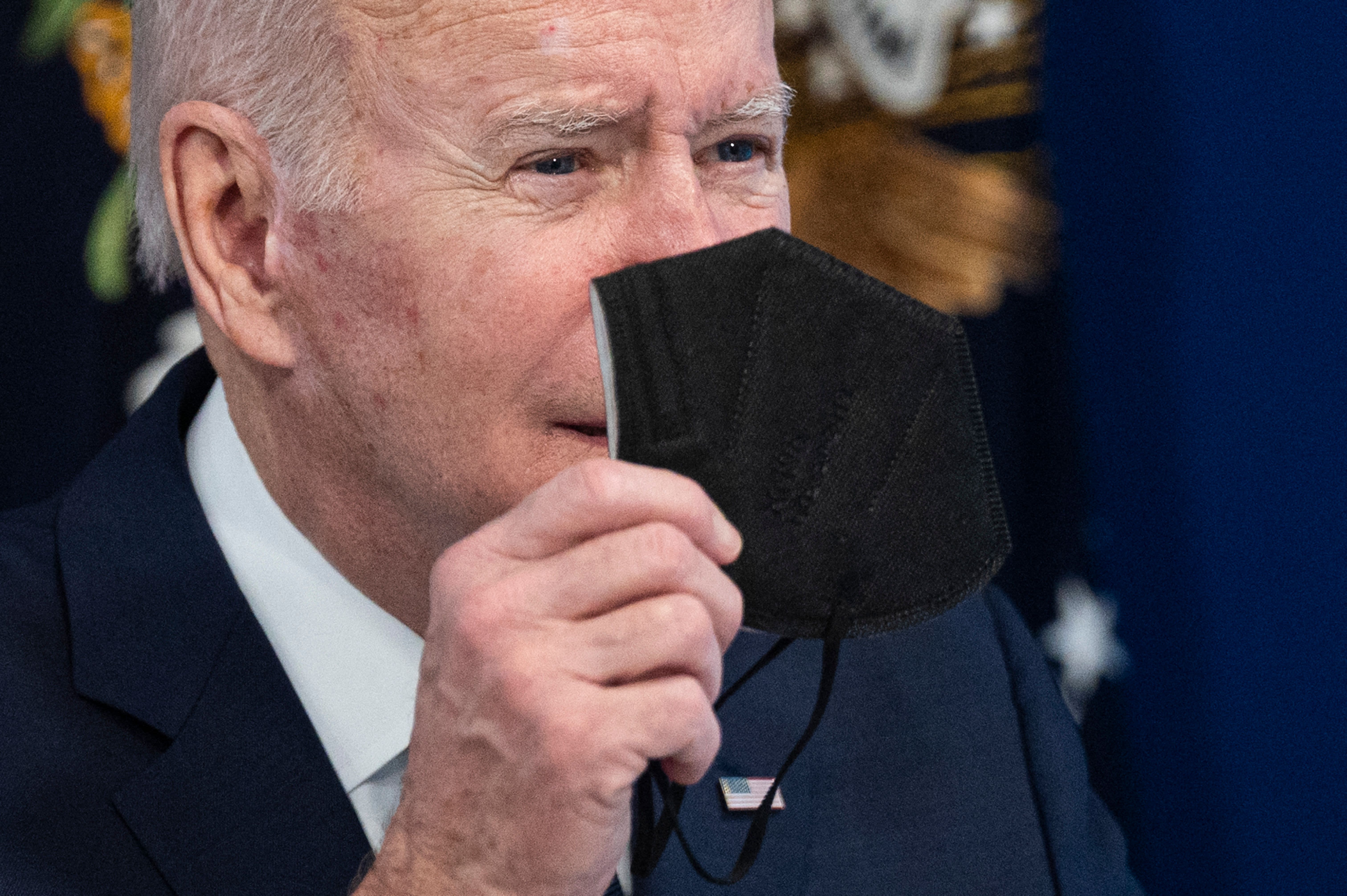 More Than 90% of U.S. Population Can Ditch Facemasks Under CDC Covid Guidance

The mayor has also suspended the city's "Key2NYC" policy, which currently requires anyone 5 and older to show proof of vaccination in order to enter most public spaces, such as restaurants, bars, gyms and grocery stores, effective on Monday.

Businesses throughout the five boroughs won't have to check vaccine cards at the door either starting next week, though they can continue to do so if they choose.

Adams, who has been vocal about the city needing to return more fully to pre-pandemic habits, had indicated his plans earlier this week after the CDC changed its mask recommendations. The situation has further improved since, with the CDC now saying that 90% of the U.S. population now needn't wear them indoors, up from more than 70% when the agency made its announcement last week.

COVID cases are down 43% on a rolling basis over the last week compared with the average for the prior four weeks, while hospitalizations and deaths are both down 71% by the same metric. And the data period for which those rates are down doesn't even encompass the meteoric plunge in the omicron-fueled wave that hit in late January. Factor in the peak and you're looking at a near 100% drop in cases.

Full vaccination rates for kids vary widely by neighborhood, though, from a citywide low of 17% in east, north and south parts of Brooklyn's Williamsburg to Park to a high of 99% in a swath of Manhattan neighborhoods, along with Queens' Long Island City and parts of Brooklyn, including the downtown area and Park Slope, among others. See the city's full data set for child vaccinations by ZIP code here.

Schools in New York outside the five boroughs were permitted to drop mask mandates as of Wednesday when Gov. Kathy Hochul lifted her statewide order.

It's the day that many families had been looking forward to for a long time: When students no longer had to wear masks in school. But one district on Long Island said more students than not were still wearing masks. NBC New York's Greg Cergol reports.

Unchanged, though, is the city's vaccine requirement to work. All of the private-sector workers in New York City are still required to be fully vaccinated pursuant to the order put in place by former Mayor Bill de Blasio at the end of last year.

Also unchanged: Mask rules for public transit. Asked Friday whether he would drop mask rules for subways if the CDC shifts its guidance on transit when it revisits the issue next week, Adams says he's not at that point just yet.

"New York is unique and we need to always modify our responses based on intensity. I think we should continue to wear a mask in the subway system," the mayor said. "The CDC will hand down their recommendations, but I'm not at the place where I think we need to spot wearing masks on the subways."

Hochul hasn't given any indication either way on her plans for state transit guidance should the CDC recommend looser mask rules for public transportation in the coming weeks. The state and city both shoulder responsibility for MTA management, so any policy change would reflect an agreement between them.

The mandates designed and put in place to slow the spread of COVID-19 are getting pulled back during a major milestone of the pandemic. It's been more than two years since New York reported its first case on March 1, 2020.

Which face mask protects best against COVID-19? Chris Glorioso heads to a factory to get the answer.
Copyright NBC New York