The first case was a 32-year-old man who tested positive for COVID-19, but the sample is being sent to the CDC for official confirmation, the local mayor said. He has been hospitalized since March 3; the chief physician at the hospital said Thursday that the man is "resting comfortably and doing well."

Fort Lee Mayor Mark Sokolich said that while the man had an apartment there, he also lives in Manhattan and is a health care worker in New York City. Sokolich confirmed that the man had not made contact with any other people in Fort Lee in the time before he was hospitalized.

The second presumptive positive case was a woman in her 30s who also lived in Bergen County, according to an announcement made by Gov. Phil Murphy late Thursday. The woman is a resident of Englewood, according to the city's mayor, and was being treated at Englewood Hospital while exhibiting "mild symptoms." She was released and will be isolated in her home until the state's Department of Health clears her. It was not immediately clear if she had been in contact with any others after getting infected, but she had no connection to the other New Jersey COVID-19 case.

A test had been conducted on the woman earlier, but Englewood Mayor Michael Wildes said a relative of the woman contacted him on Wednesday concerned and frustrated that the test was taking too long.

"The test had already been conducted and they wanted to get an answer and that the timeline was taking too long," Wildes said, adding that he contacted the governor who expedited the state's results. "It’s not fair to that patient and not fair to other people who may have come into contact with them."

The New Jersey Department of Health has established a 24-hour telephone hotline for residents who may have concerns or questions: 800-222-1222

Gov. Murphy said his administration was "actively engaged in implementing precautionary measures" as well as a rapid response plan and working aggressively to contain the spread in the state.

“While we have identified our second presumptive positive case, New Jersey residents should remain calm and vigilant in their personal efforts to reduce the spread of COVID-19," Murphy said in the written announcement "By working in tandem with our state agencies, federal partners, and local authorities, we are confident in our ability to respond expeditiously to additional positive cases of COVID-19."

Those organizing events as small as weddings or as large as concerts and sporting events at Madison Square Garden are doing what they can to quell fears, and encourage people not to worry about attending. NBC New York’s Gilma Avalos reports.

Schools in the state were told by the Department of Education that they "may be asked to close preemptively or reactively," and that districts should plan and prepare ahead of time. The department put out a guidance for the schools, saying that home instruction for students — including online lessons — may be used.

However, New Jersey Health Commissioner Judith Persichilli on Thursday denied that the man had been in contact with the infected New York residents. The state's Department of Health was tracing individuals who may have had close contact with the man, according to Wednesday's announcement.

The man was unaware that he had coronavirus, but two officials tell News 4 it appears he had very limited if any circulation within the community while contagious -- so they're confident there would be little if any person-to-person spread connected to his case. Again, the overall risk is low. 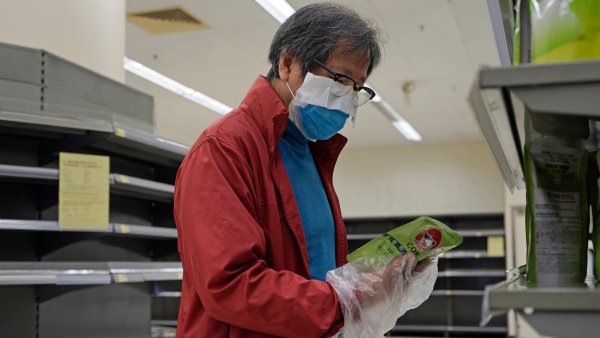 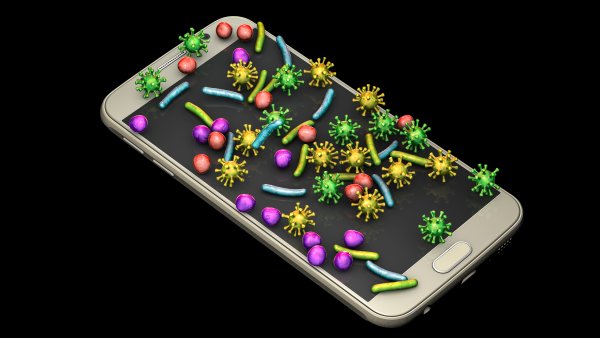 In light of the news, Bergen County Executive Jim Tedesco said Thursday that the Division of Consumer Protection of Bergen and Passaic Counties are warning people to be aware of potential COVID-19 price gouging.

"We are asking Bergen and Passaic County residents to report any merchants that dramatically increase prices for surgical masks, gloves, sanitizing products such as hand sanitizer, Lysol/Clorox wipes and sprays in an apparent attempt to take unfair advantage of a health emergency," Tedesco said.

Oliver did not go into details about the second case.

The developments in New Jersey came the same day that federal health officials said they were providing the state with $1.75 million in what they called initial funding to respond to the virus in New Jersey. The U.S. House also passed an $8.3 billion bipartisan bill to combat the virus earlier Wednesday.

Murphy said Tuesday that the state was preparing for the likelihood that the state would see a case at some point. Persichilli said the state has 700 rooms capable of isolating patients in hospitals across the state, if needed.

Murphy last month set up a task force to prepare for handling the virus, and Persichilli said a crisis management team has been meeting daily.